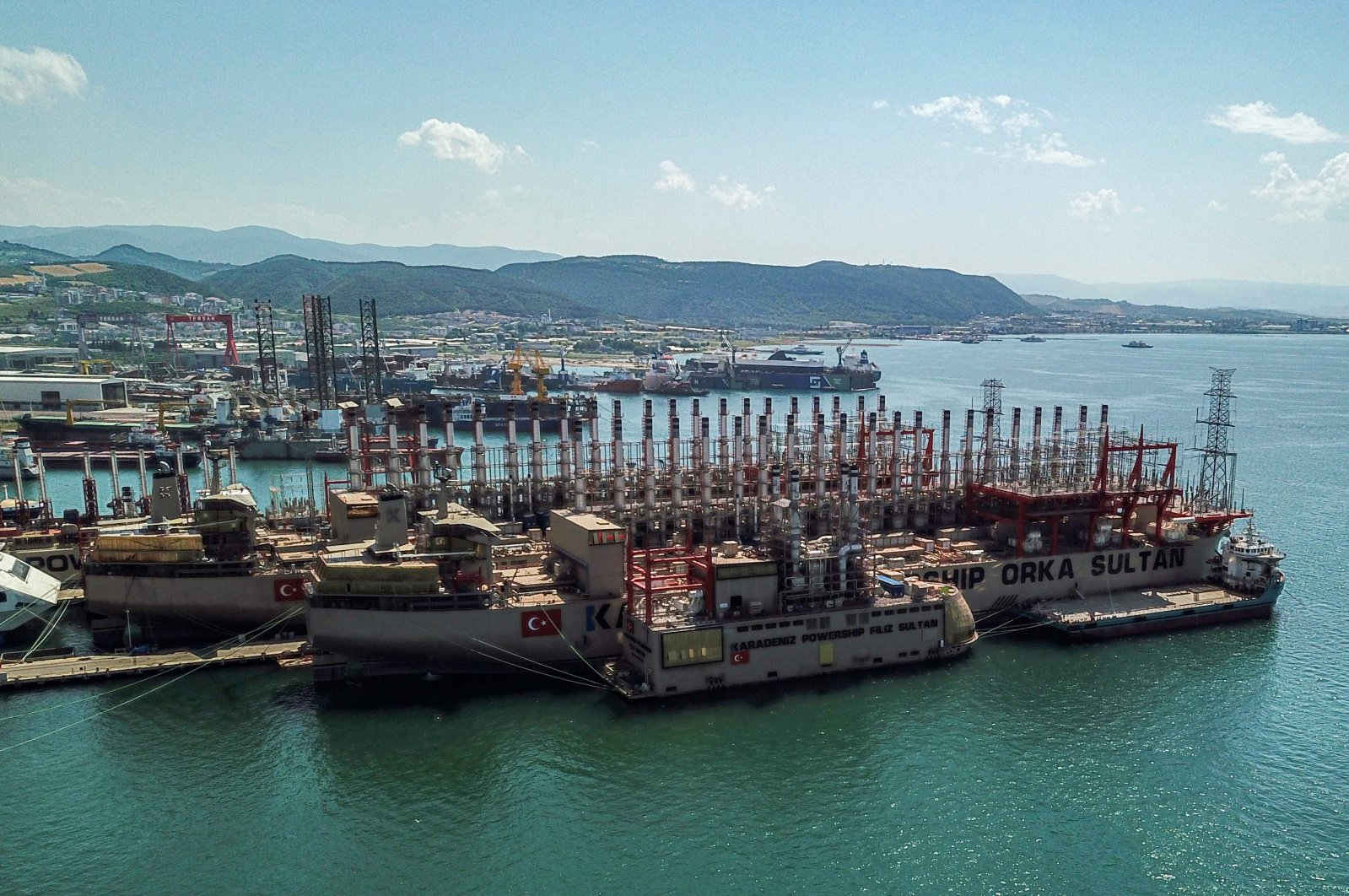 A Turkish company's expertise in turning freighters built for carrying coal or sand into mobile power stations is proving to be an antidote to woes confronting energy supply projects brought on by the coronavirus pandemic.

Floating electricity plants known as powerships come into their own when conflicts or other crises make the construction of land-based power stations difficult.

The coronavirus pandemic is such a crisis, having forced many companies to shut down and bringing construction to a halt.

Enter Karpowership, which has been building floating plants for almost 15 years by converting old freight ships, making it a leading player in the industry with a fleet of 25 powerships.

The pandemic has created a windfall for the Turkish company by playing to the advantages of its floating power plants, especially the unbeatable delivery times: 60 days maximum to anywhere in the world.

Lockdown measures taken for months by countries around the globe have obstructed the progress of conventional power plant projects, whose construction already takes several years, even during normal times.

"So the demand for our powerships naturally increased. We are now speaking to more than a dozen countries who requested powerships as soon as possible," she added.

Powerships have existed since the 1930s.

The principle is simple: A merchant vessel is converted into a floating power plant, typically fueled by diesel or liquid gas used to generate electricity.

It then travels to its destination where it connects to the local grid, supplying a steady stream of power.

Karpowership has deployed 19 such power plants in 11 countries in Africa, the Middle East and Asia as well as Cuba.

The floating plants provide more than half of the electricity consumed by several West African countries, including Guinea-Bissau, Gambia and Sierra Leone.

They are particularly suitable for countries whose capacity is insufficient to meet growing demand or where infrastructure has been destroyed by conflict.

According to Turkish media, Karpowership is in talks on sending several powerships to war-torn Libya, where Turkey supports the United Nations-backed legitimate government in Tripoli, the Government of National Accord (GNA).

Ankara earlier this month sent a delegation including Foreign Minister Mevlüt Çavuşoğlu and Treasury and Finance Minister Berat Albayrak to Tripoli for talks.

The power cuts in the country and solutions to meet the rising demand were said to be among the topics discussed during the delegation's meetings. Turkey’s Trade Ministry also asked Turkish conglomerate Çalık Holding's Çalık Enerji, Karadeniz Holding's Karpowership and Aksa Enerji to submit project proposals regarding Libya's electricity problem.

Without saying whether those talks covered a potential contract for Karpowership, the company said it was ready to deploy powerships "from this summer onwards" to supply 1,000 megawatts (MW) or "eight hours of additional electricity" per day to a country facing massive blackouts.

Currently, only 5,000 megawatts (MW) of power can be used in Libya, which has an installed capacity of 8,000 MW. In addition to the repair of the damaged power plants and efforts to make them operational again, the Libyan Ministry of Electricity plans to add an additional 2,000 MW of power to the existing installed power with the power plants to be built in the coming period.

To meet delivery deadlines quickly, the company invests massively to build ships before they have been ordered, a calculated risk.

"There, you see a billion dollars sitting on the dock," Harezi said, pointing to six powerships of different sizes moored in a shipyard in northwestern Turkey, pending the signing of deals.

"At the shipyard, it takes around 18 months to build a ship, but since we are doing our construction back to back, we can produce our ships in six months," explained Deniz Yalcindağ, a Karpowership engineer.

Some observers say that the powerships can never be more than temporary solutions for countries with insufficient or obsolete infrastructure.

But that is simply a "psychological barrier," Harezi objected, saying the floating plants can remain in place for up to 25 years, protected by a special coating applied to their hulls.

The company has big dreams and plans to double the size of its fleet in the next five years, hoping to also attract business from developed countries.