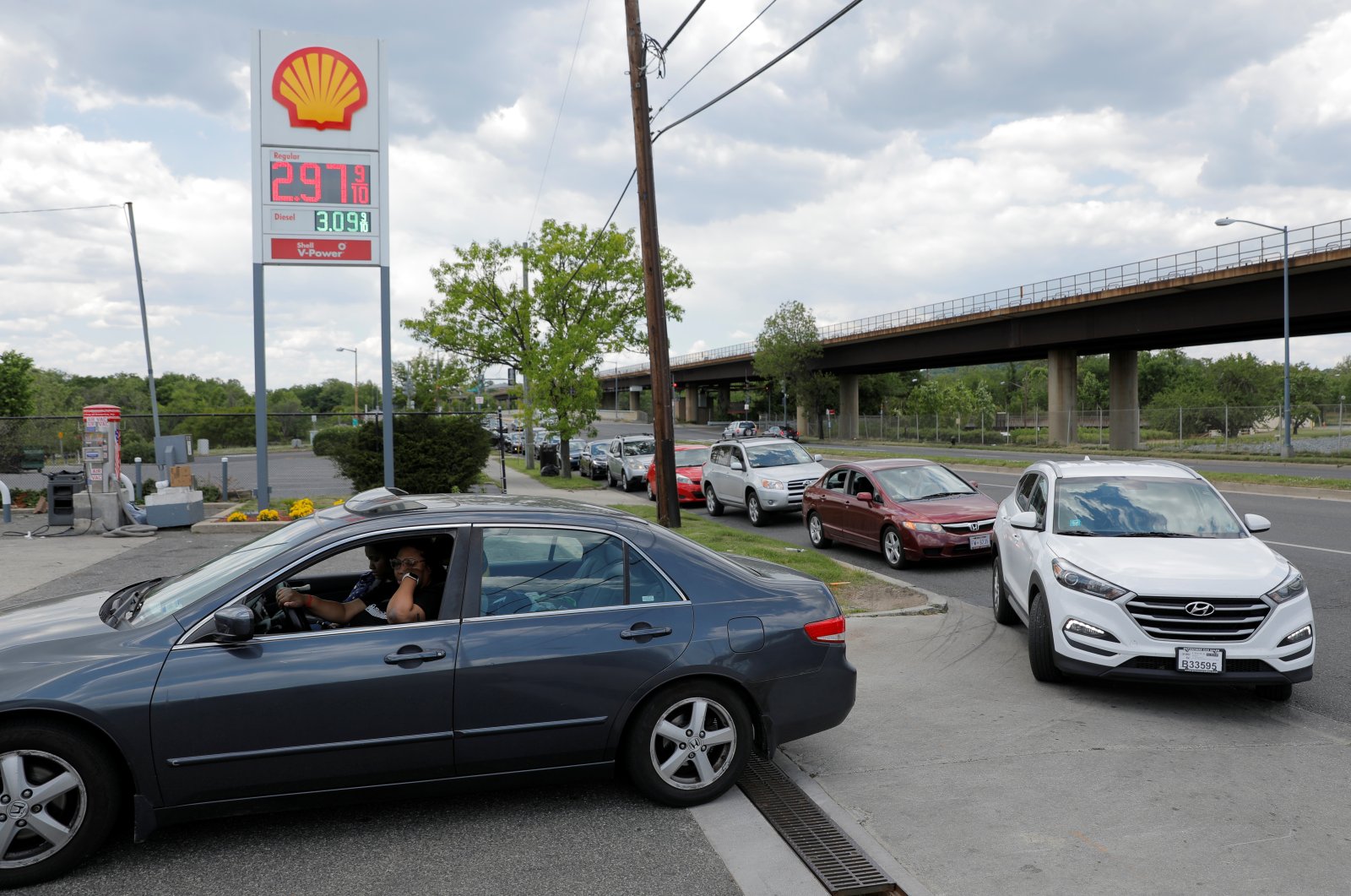 Cars queue as they wait to fill with gas at a Shell gas station, after a cyberattack crippled the biggest fuel pipeline in the country, run by Colonial Pipeline, in Washington, D.C., U.S., May 15, 2021. (Reuters Photo)
by ASSOCIATED PRESS May 15, 2021 10:22 pm
RECOMMENDED

The U.S. operator of the country's largest gasoline pipeline announced Saturday it had resumed "normal operations," after being hit earlier this week by a ransomware attack. It announced it would be delivering fuel to its markets, including a large swathe of the East Coast.

Georgia-based Colonial Pipeline had begun the process of restarting the pipeline's operations on Wednesday evening, warning it could take several days for the supply chain to return to normal.

"Since that time, we have returned the system to normal operations, delivering millions of gallons per hour to the markets we serve,” Colonial Pipeline said in a tweet Saturday. Those markets include Texas, Louisiana, Mississippi, Alabama, Tennessee, Georgia, South and North Carolina, Virginia, Maryland, Washington D.C., Delaware, Pennsylvania and New Jersey.

"All of these markets are now receiving product from our pipeline,” the company said, noting how its employees across the pipeline "worked safely and tirelessly around the clock to get our lines up and running.”

Gas shortages, which spread from the South, all but emptying stations in Washington, D.C., have been improving since a peak on Thursday night. Energy Secretary Jennifer Granholm told The Associated Press (AP) on Friday that the nation is "over the hump” on gas shortages, with about 200 stations returning to service every hour.

"It’s still going to work its way through the system over the next few days, but we should be back to normal fairly soon," she said.

Multiple sources confirmed to the AP that Colonial Pipeline had paid the criminals who committed the cyberattack a ransom of nearly $5 million in cryptocurrency for the software decryption key required to unscramble their data network.

The ransom – 75 Bitcoin – was paid last Saturday, a day after the criminals locked up Colonial’s corporate network, according to Tom Robinson, co-founder of the cryptocurrency-tracking firm Elliptic. Prior to Robinson’s blog post, two people briefed on the case had confirmed the payment amount to the AP.

The pipeline system delivers about 45% of the gasoline consumed on the East Coast, with the attack prompting an emergency declaration in 17 states.