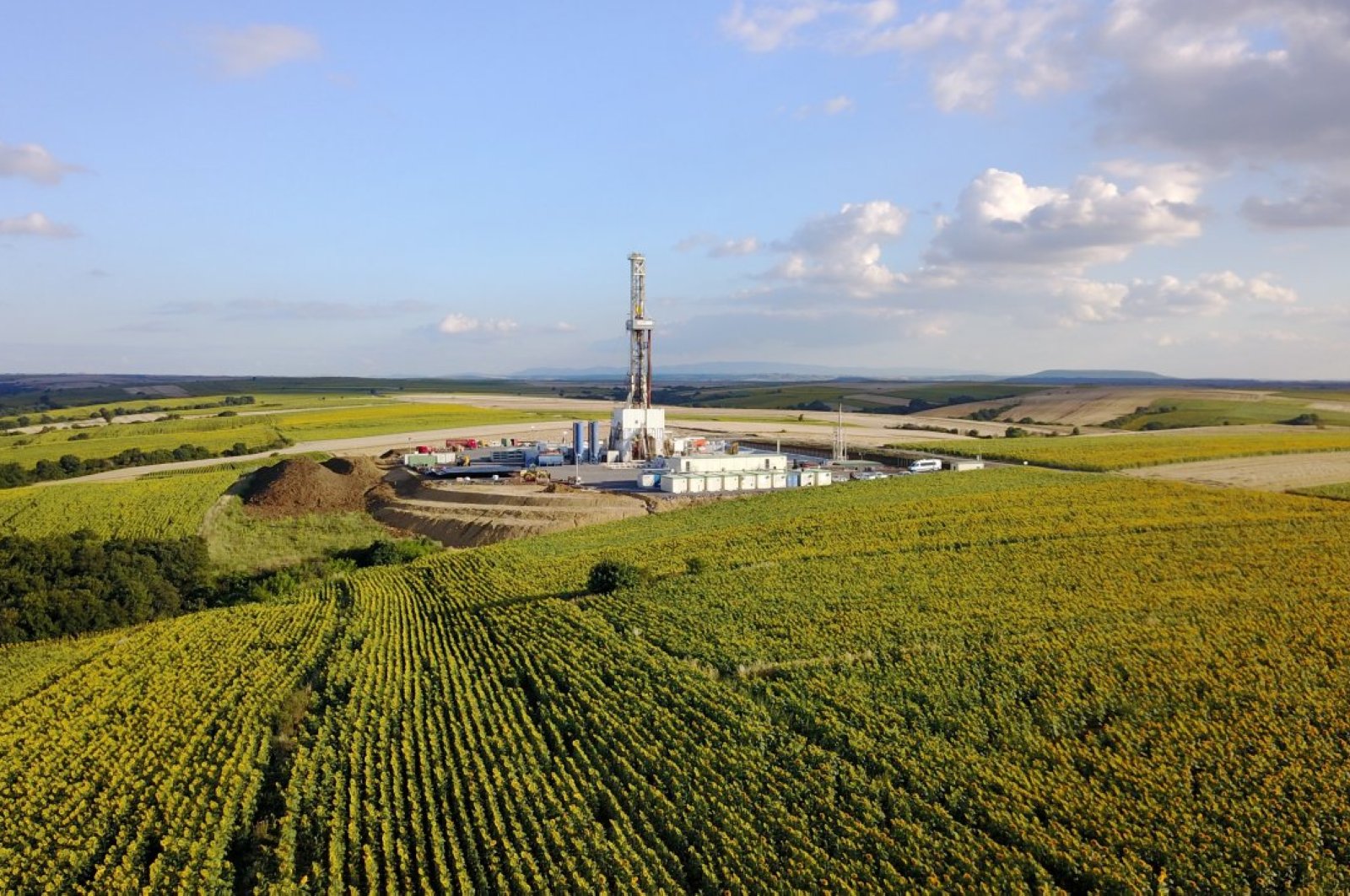 An undated view of the Yamalık-1 well in Turkey's Thrace region. (Courtesy of Equinor)
by DAILY SABAH WITH AA Apr 14, 2020 1:55 pm
RECOMMENDED

Canada-listed, Turkey-focused Valeura Energy said Tuesday its oil and natural gas production operations in Turkey's Thrace region would continue despite weak economic activity due to the novel coronavirus pandemic and a fall in gas demand.

"Recently, in light of the global COVID-19 pandemic, economic activity in Turkey has begun to slow down, resulting in reduced gas demand from some of Valeura's light industrial customers," the company said in a statement.

"This reduced demand has been managed primarily by curtailing third-party gas throughput, and imposing only minimal reductions to Valeura's equity gas production," it added.

The Canadian upstream gas firm, which focuses on appraising and developing unconventional gas accumulation play in Turkey's Thrace Basin, said oil and gas production in the first quarter of this year showed an increase of 9% compared to the last quarter of 2019.

Revenue from petroleum and natural gas sales also rose by 6% over that period, it added.

"Valeura is adhering to advice provided by local and international health authorities regarding social distancing and increased hygiene practices," the statement said.

Although most of the company's production operations are able to proceed normally, the firm has suspended non-critical field work, including work-overs and the redevelopment of existing wells, and implemented work-from-home arrangements wherever possible, according to the statement.

Valeura said it still anticipates completing two of its shallow wells in the west Thrace region during the second quarter of this year, noting it will "continue to conduct its operations in accordance with expert medical guidance and government directives related to COVID-19."

Since it was established in 2010, the company has executed a number of commercial transactions, resulting in interests in 20 production leases and exploration licenses in the Thrace Basin of Turkey, just west of Istanbul.

The company produces natural gas from conventional shallow accumulations in the Thrace Basin, which is gathered and processed through the firm's infrastructure network, and sold directly to end-use customers in the immediate vicinity.

In 2017, Valeura drilled the Yamalık-1 exploration well, which discovered a world-class unconventional gas play known as a Basin Centered Gas Accumulation. In conjunction with its partners, in 2018 and 2019, it drilled and stimulated two appraisal wells, İnanlı-1 and Devepınar-1.