Who is to blame in oil-rich Kazakhstan’s major gas price hike? 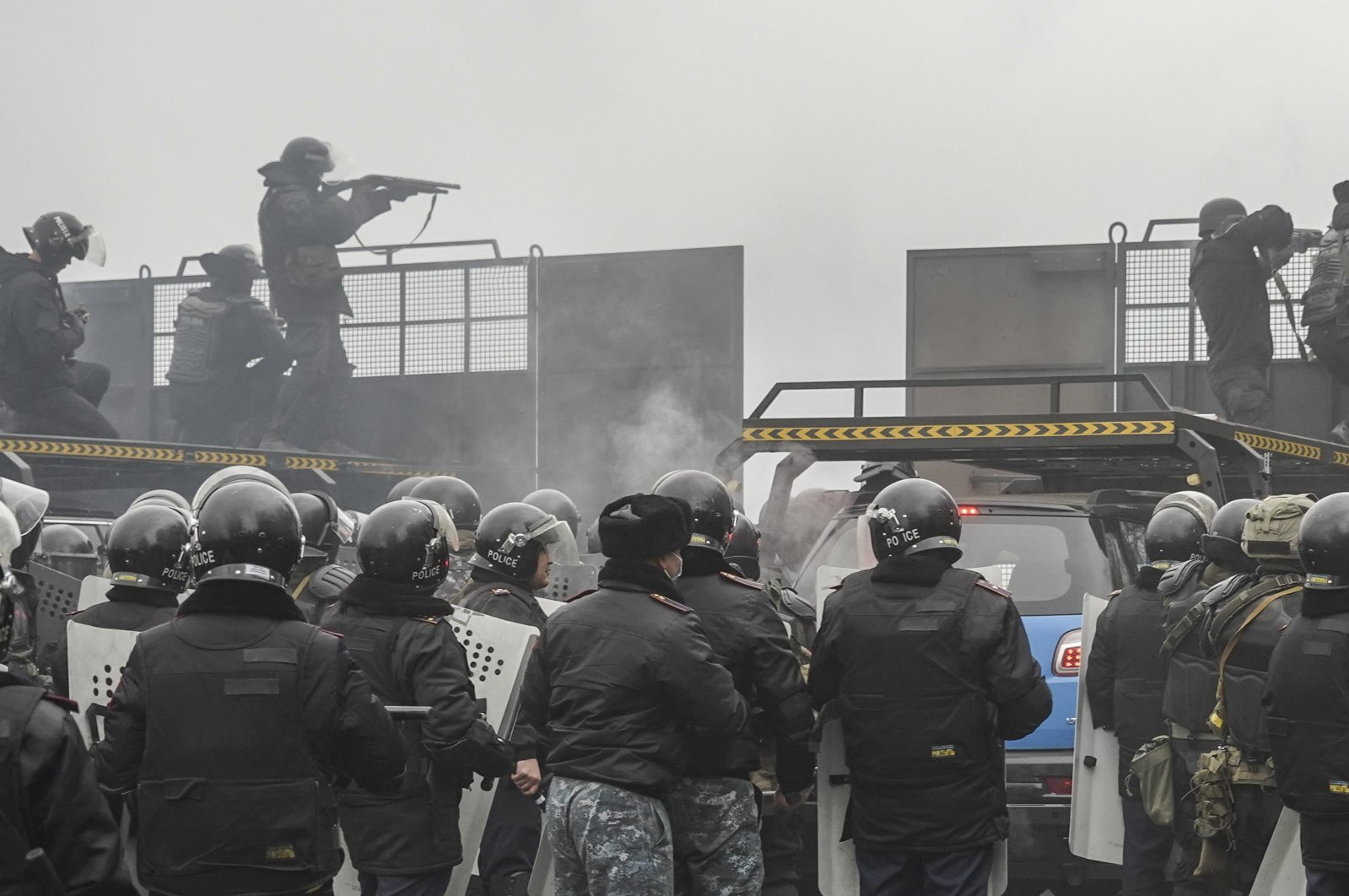 The sudden and steep hike in the prices of liquefied petroleum gas (LPG) used widely in vehicles in Kazakhstan coupled with the government’s response, or “lack of response,” prompted citizens to flock to the streets in protest as 2022 was just beginning, in a rare outburst for the Central Asian country in its recent history.

The protesters' questions are clear: What was the reason behind the hike, and who is to blame?

The price per liter of LPG jumped to 120 tenge (28 U.S. cents) at gas stations in hydrocarbon-rich Mangystau – where up to 90% of vehicles run on LPG – at the start of this year, compared to the price of 50-60 tenge the year before, igniting the unrest.

The nearly 100% rise that doubled the prices in the oil-rich region prompted almost countrywide demonstrations. The unrest has already prompted the nation’s president to sack the Cabinet on the fourth day of the protests.

More than 200 people were detained as of Wednesday in the protests that first started in Zhanaozen and swept across the country, including the capital Nur-Sultan and Almaty, the business capital and the largest city.

President Kassym-Jomart Tokayev on Wednesday accepted the resignation of the Cabinet headed by Prime Minister Askar Mamin. He also imposed a state of emergency in Almaty and Mangystau province from Jan. 5 until Jan. 19.

As a major OPEC member, Kazakhstan has vast oil reserves.

But the reserves seemingly were not enough to calm the people down when it comes to who benefits from them and how.

The government’s new policy, namely the phased transition to electronic trading for the LPG that began in January 2019 and concluded on the first day of this year is, for many, the main reason behind the recent price hike.

This practice allows the market to decide the prices, in contrast with the earlier method of subsidizing prices for domestic fuel consumers, which led the price to increase where demand is high. However, the state’s regulation of the prices did not seem maintainable either, particularly for the producers since they remained below the cost of producing the fuel.

Even though the prices were low, they led those who own the fields to neglect the facilities and stop making the necessary investments to avoid losses later, eventually leading to spiraling fuel shortages.

The electronic trading system also aimed at ending the illegal LPG trade in which the nation’s gas was sold via the black market to countries where gas prices are higher than Kazakhstan.

Yet, none of these factors directly involve the frustrated citizens who have run out of patience. They believe the hike in gas prices will likely impact other commodities and the prices of basic necessities.

A protester in Zhanaozen who spoke to Radio Azattyq and was cited by the Eurasianet said: “The authorities say there is not enough gas, that a plant built 50 years ago is decrepit and outdated. So what have they been doing for the last 30 years? Sleeping?”

It was no surprise that the government or the energy minister defended the new system at first, but the response later changed.

Energy Minister Magzum Mirzagaliyev, who told the protesters that “they would not be judged if they returned home and that the price of liquefied gas for cars would go down,” later accused gas stations of price-fixing, saying that an investigation was launched into possible speculations on the pricing.

Following the statements by government officials, the prices at the stations initially dropped as much as 90 tenge but failed to weaken the protests.

They rather gained momentum in the western oil regions, including Aktau, Aktobe or Atyrau where Maks Bokayev, a civil rights activist, was detained by police.

Though the protesters now seem to have demands exceeding a simple price fix, with slogans targeting government officials and groups storming state buildings, the high oil price is still believed to be the major source of unrest in the country, where the minimum wage is 42,500 tenge a month.

Frustration is obvious, with some like Erlan Sargulov, who was among the protesters in Zhanaozen’s main square and spoke to the RFE/RL, speaking out: “Let them reduce the price of gas by 50-60 tenge per liter or increase our salary to 200,000 tenge,” Sargulov said.