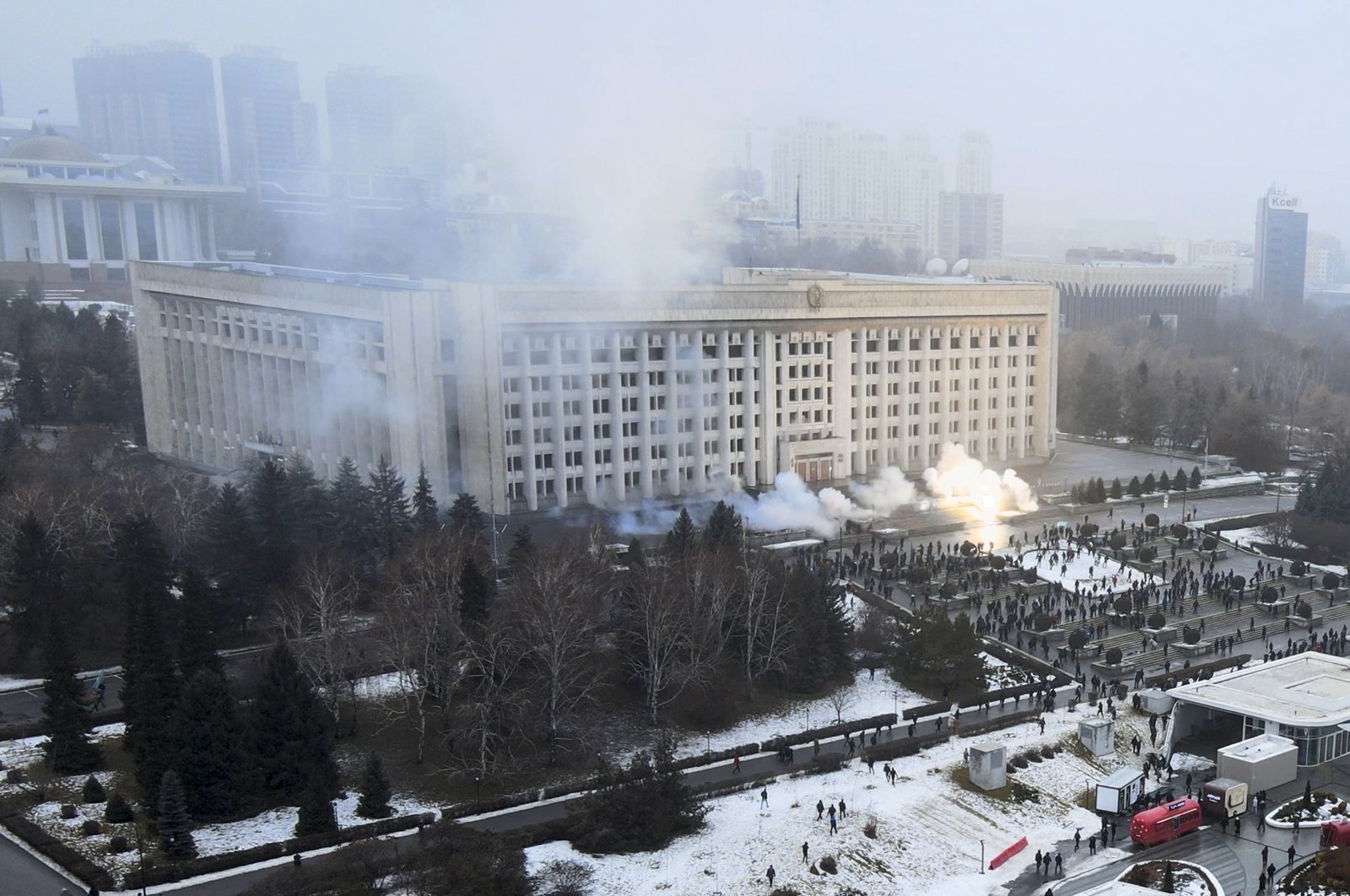 People protesting high fuel prices in Kazakhstan stormed a main administrative building in the country's biggest city and descended on the president's residence there, according to local media reports, marking a major escalation in days of civil unrest.

Videos published by Kazakh media outlets, including the Tengrinews agency, showed flames coming out of the side of the city government building in Almaty, with black smoke seen rising from the site.

The military had initially cordoned off the area with metal barriers, but witnesses reported that demonstrators had managed to gain entrance nonetheless on Wednesday, the agency reported.

A short time later, protesters attacked a residence used by President Kassym-Jomart Tokayev in Almaty and set fire to the building, according to local media and videos shared on social media.

The chaotic scenes were unfolding rapidly in the authoritarian state and it was difficult to independently confirm reports. Communication was made more difficult by widespread government-led internet shutdowns, presumably put in place to hinder protest organizers.

There have been riots in Almaty, the economic metropolis in the southeast of the former Soviet republic, with many arrests and injuries, related to the significant increase in the price of gas at petrol stations.

The resignation of Kazakhstan's government failed to subdue the crowds.

The president's office earlier announced Prime Minister Askar Mamin had resigned, meaning the entire government would leave office but ministers would remain in their posts until a new Cabinet was formed.

The deputy premier, Alikhan Smailov, will take over official duties as a transitional measure.

President Tokayev said price cuts for petrol in the oil-rich western region of Mangystau had been ordered to "ensure the stability of the country."

Thousands of people have been protesting in Mangystau and Almaty since the weekend, with riots involving Molotov cocktails breaking out in Almaty on Tuesday.

The mass demonstrations have since spread to several towns and villages in the huge landlocked Central Asian country, which is bigger than Western Europe.

Tokayev has called for restraint and imposed a state of emergency on parts of the country including Almaty and Mangystau until Jan. 19.

Under the emergency order, a night-time curfew will be in effect.

Small protests initially broke out in the western town of Shangaosen, with demonstrators angry at the spike in the price of bottled gas at petrol stations. They demanded price cuts and called for the government to resign.

The director of a gas processing plant was arrested amid reports of price fixing.

Russia has called for a peaceful solution to the crisis "within the framework of constitutional and legal provisions and through dialogue and not through riots in the streets."

The Foreign Ministry in Moscow announced on Wednesday that it hoped "for a quick normalization of the situation."

The Turkish Foreign Ministry expressed similar views. It said: "We firmly believe that the Kazakh government will overcome this crisis."

Ankara has recently intensified efforts to improve ties with Kazakhstan and other Turkic-speaking Central Asian nations.