Bitcoin climbs back above $50,000 for first time since May 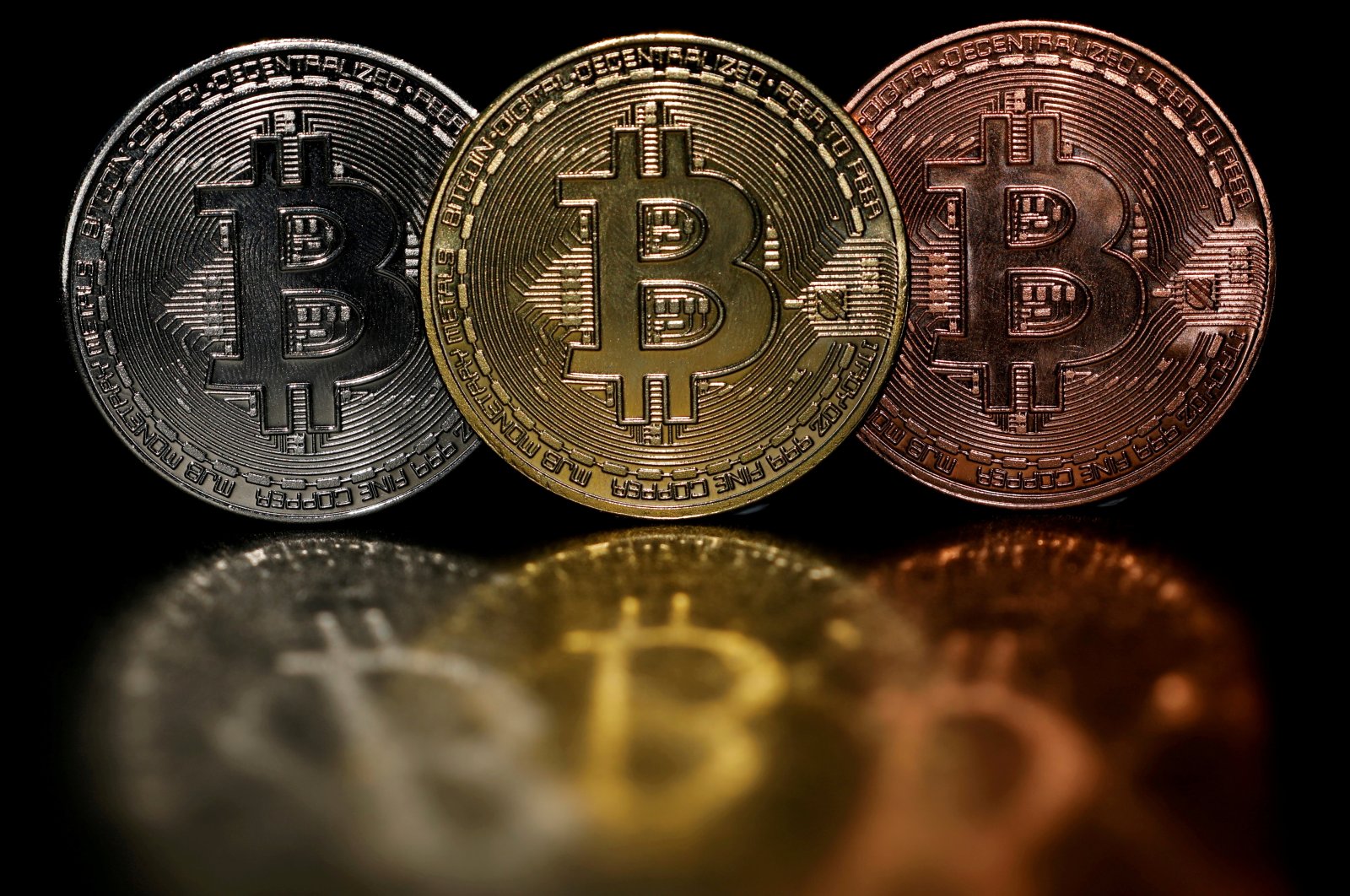 Representations of cryptocurrency bitcoin are seen in this picture illustration taken June 7, 2021. (Reuters Photo)
by Agencies Aug 23, 2021 11:16 am
RECOMMENDED

Bitcoin broke back above $50,000 on Monday for the first time in three months, continuing its rebound from a months-long slump as investors piled back into the cryptocurrency on bargain-buying.

The world’s largest cryptocurrency rose to $50,341, as investors bet that the prospect of more U.S. stimulus spending would lead to further gains, and more mainstream financial services firms made moves in the nascent asset class.

It began tumbling in May on a range of issues including China’s crackdown on cryptocurrencies and Tesla boss Elon Musk's decision to stop accepting it on concerns about the environmental impact of mining.

The electric car giant has since indicated its support for bitcoin, while several other high-profile investors including Twitter founder Jack Dorsey have also flagged their interest.

Rick Bensignor, at Bensignor Investment Strategies, said Monday that it was “getting nearer the higher end of what I expect as a new trading range in the low-$40,000s to low-$50,000s.”

Bitcoin is still for now a long way off its record just below $65,000 that it achieved in April.

The recovery comes as some more established financial services companies offer their customers access to virtual coins. PayPal Holdings said on Monday it would allow customers in the U.K. to buy, sell and hold bitcoin and other cryptocurrencies starting this week.

Some traders believe the bitcoin market has yet to see the full return of retail investors, suggesting the current upswing could have further to go.

“The last time bitcoin was at $50,000, the Google trends (tracking website showing Bitcoin searches) was much higher than what it is now,” Marcus Sotiriou, a sales trader at the U.K.-based digital asset broker GlobalBlock, said in a note.

“This suggests that retail euphoria hasn’t entered the market yet and bitcoin has a long way to go in this market cycle.”