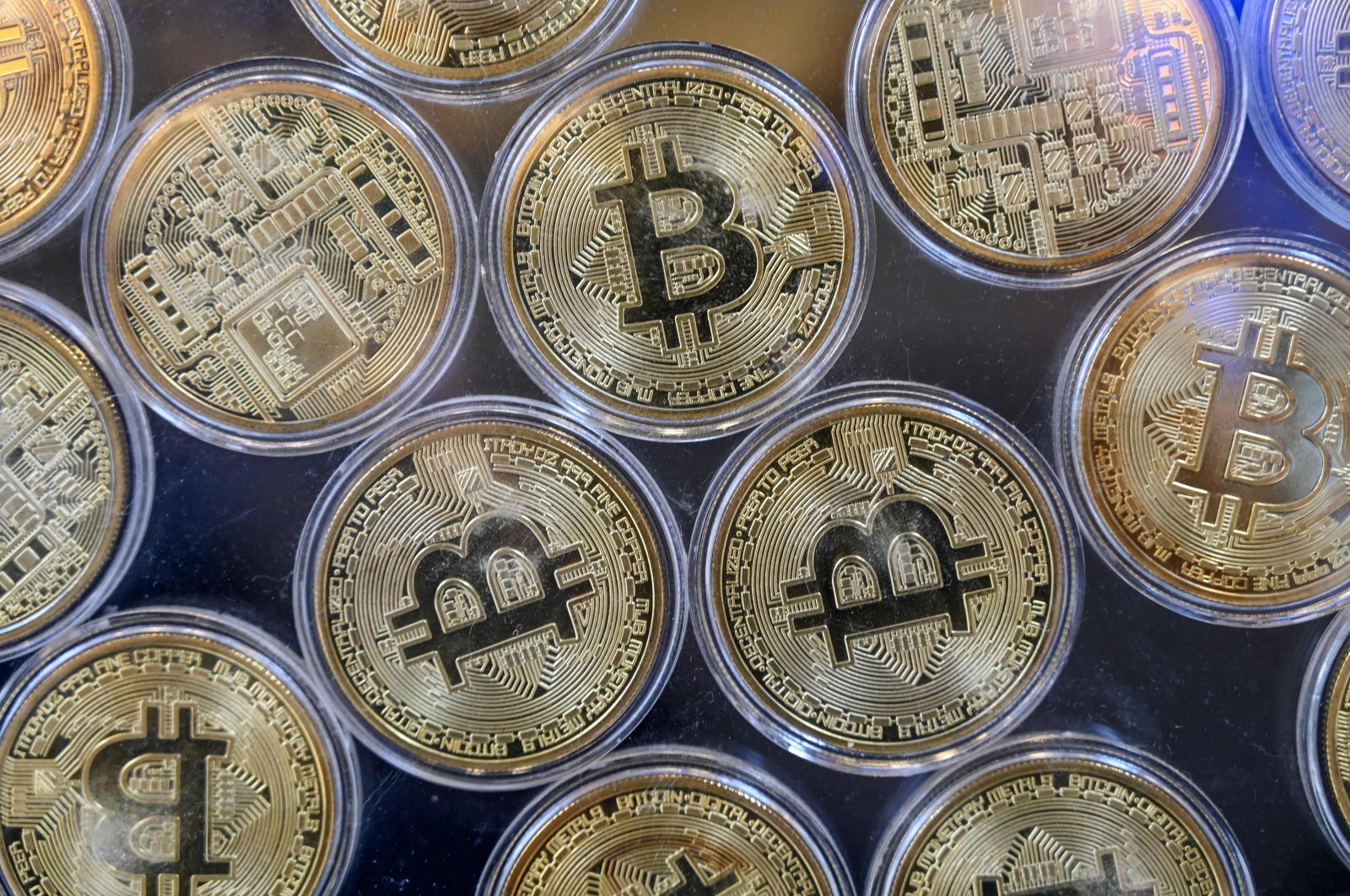 Physical imitations of bitcoins are pictured at a cryptocurrency exchange branch near the Grand Bazaar in Istanbul, Turkey, Oct. 20, 2021. (AFP Photo)
by DAILY SABAH Oct 20, 2021 5:00 pm

The digital token rose more than 2%, topping a previous record of $64,899 set in mid-April.

The much-anticipated first Bitcoin-linked ETF that started trading on the New York Stock Exchange on Tuesday brought in around $570 million of assets on its debut.

Cryptocurrency investors have been waiting for the approval of the ETF, and some of bitcoin's rally in recent months has been in anticipation of that move and how it could speed up its mainstream adoption and trading.

Several fund managers, including the VanEck Bitcoin Trust, ProShares, Invesco, Valkyrie and Galaxy Digital Funds have applied to launch bitcoin ETFs in the United States. Cryptocurrency ETFs have been launched this year in Canada and Europe.