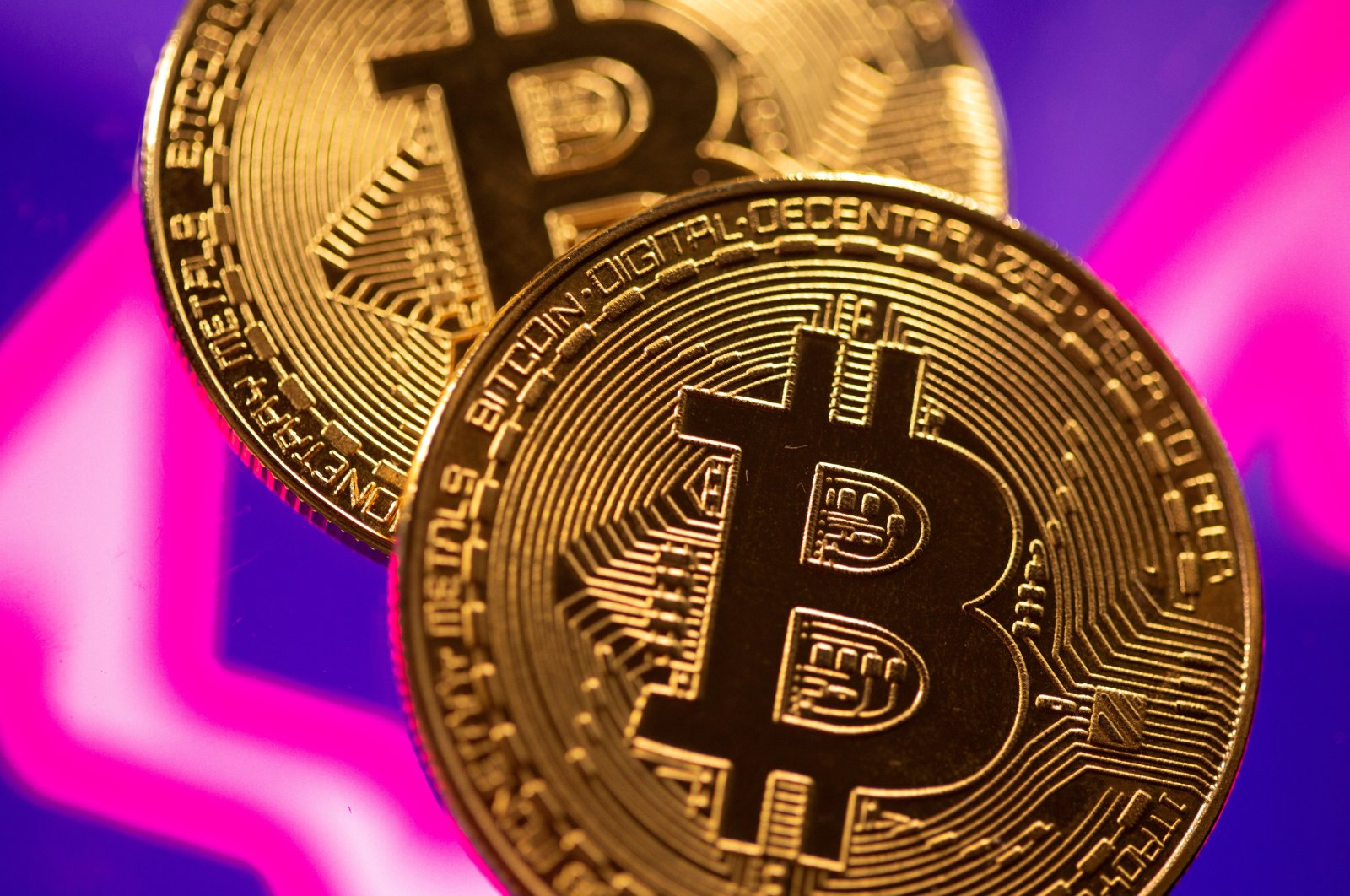 A representation of virtual currency Bitcoin is seen in front of a stock graph in this illustration taken March 15, 2021. (Reuters Photo)
by Daily Sabah with Reuters Apr 13, 2021 11:39 am

The world’s most expensive cryptocurrency Bitcoin hit a new record of $62,575 on Tuesday, extending its 2021 rally to new heights.

The cryptocurrency has more than doubled in price this year amid growing mainstream acceptance as an investment and a means of payment, and as investors seek high-yielding assets amid low interest rates.

Major firms including BNY Mellon, Mastercard Inc. and Tesla Inc. are among those to have embraced or invested in cryptocurrencies.

The electric-car maker had in February said it bought $1.5 billion of bitcoin and would soon accept it as a form of payment for cars, sending the price of the world's most popular cryptocurrency soaring.

Then on March 24, Elon Musk said that people can buy his company's electric vehicles using bitcoin and the option will also be available outside the United States later this year.

On April 11, Bitcoin’s value spiked above the $60,000 zone to approach record highs over the weekend, breaking out of a two-week tight range and propelled by talk of constrained new supplies against evidence of wider adoption.

According to Richard Byworth, CEO of Diginex, a Nasdaq-listed digital asset financial services company, the price of the world’s most popular cryptocurrency could reach as much as $175,000 before the end of the year.