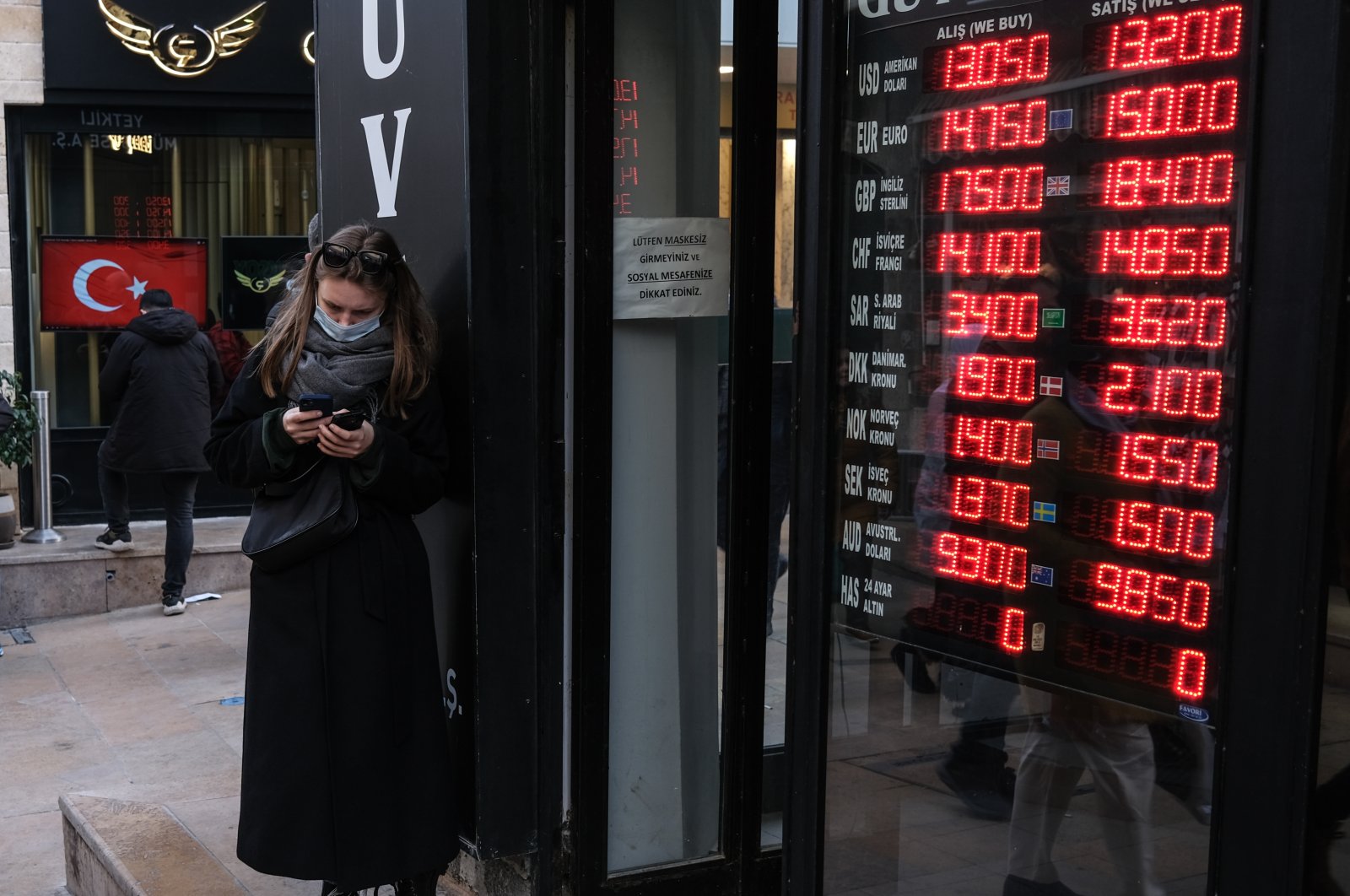 The dollars, euros, pounds or gold in corporate deposit accounts as of the end of 2021 may be converted to lira deposits with a maturity of six months to a year to be included under the scheme, the Gazette showed.

The scheme, announced in December, encourages savers to convert foreign exchange deposits and support the lira. It covers the difference if the change in the exchange rate applicable at the end of the maturity is greater than the sum of the principal and yield.

The scheme to safeguard lira deposits against currency volatility followed the lira’s slide after the country’s central bank slashed its policy rate by 500 basis points to 14% from 19% since September. It will hold its next rate-setting meeting on Jan. 20.

The lira had fallen to a record low of 18.4 against the United States dollar in December before rebounding sharply the week before last after President Recep Tayyip Erdoğan announced the initiative.

The scheme effectively ties the value of special new deposits to the dollar by promising to compensate for losses incurred from swings in the exchange rate.

The initiative had reversed the swings of the lira and triggered a historic 50% surge in the currency’s value in the week through Dec. 24.

The volume of forex-protected deposits under the scheme has risen to TL 107.6 billion as of Jan. 7, Deputy Treasury and Finance Minister Mahmut Gürcan said on Monday.

“From here, we can see that our households are showing major interest in the foreign exchange rate-protected Turkish lira deposit accounts. And this shows how successful the system is,” Gürcan told a meeting in Istanbul.

A consistent and vocal opponent of high interest rates, Erdoğan has been endorsing a new economic model based on lower borrowing costs, which he says will boost production, investment, employment, and eventually, growth.

In recent months, authorities have described Turkey’s chronic current account deficits, largely due to energy and other imports, as a key problem facing the economy.

The current account balance recorded a deficit of $2.68 billion (TL 37 billion) in November, official data showed Tuesday, slipping into the red after three straight months of surpluses in which the government adopted a policy it says will address the shortfall.

To tackle the deficit, the government unveiled the new economic program aimed at lower interest rates to boost exports with a competitive exchange rate.

The balance has improved from a deficit of $36.72 billion in 2020 and is expected to have ended 2021 at around $15 billion, according to recent Reuters polls.

Gürcan also stressed work was underway to draw in gold kept at home into the financial system.

Erdoğan recently called for citizens to keep all their savings in lira and shift gold savings into banks, saying the recent exchange market volatility was largely under control.

Göksel Aşan, head of the Presidency Finance Office, earlier this month said the government was considering a range of new financial products and said work was underway to bring part of an estimated 5,000 tons of “under-the-mattress” gold into the financial system by introducing gold certificates to be exchanged with physical gold.

These gold items are estimated by the government to be worth some $280 billion.

The country’s central bank last month said it would extend an incentive program to people who keep their savings in gold.