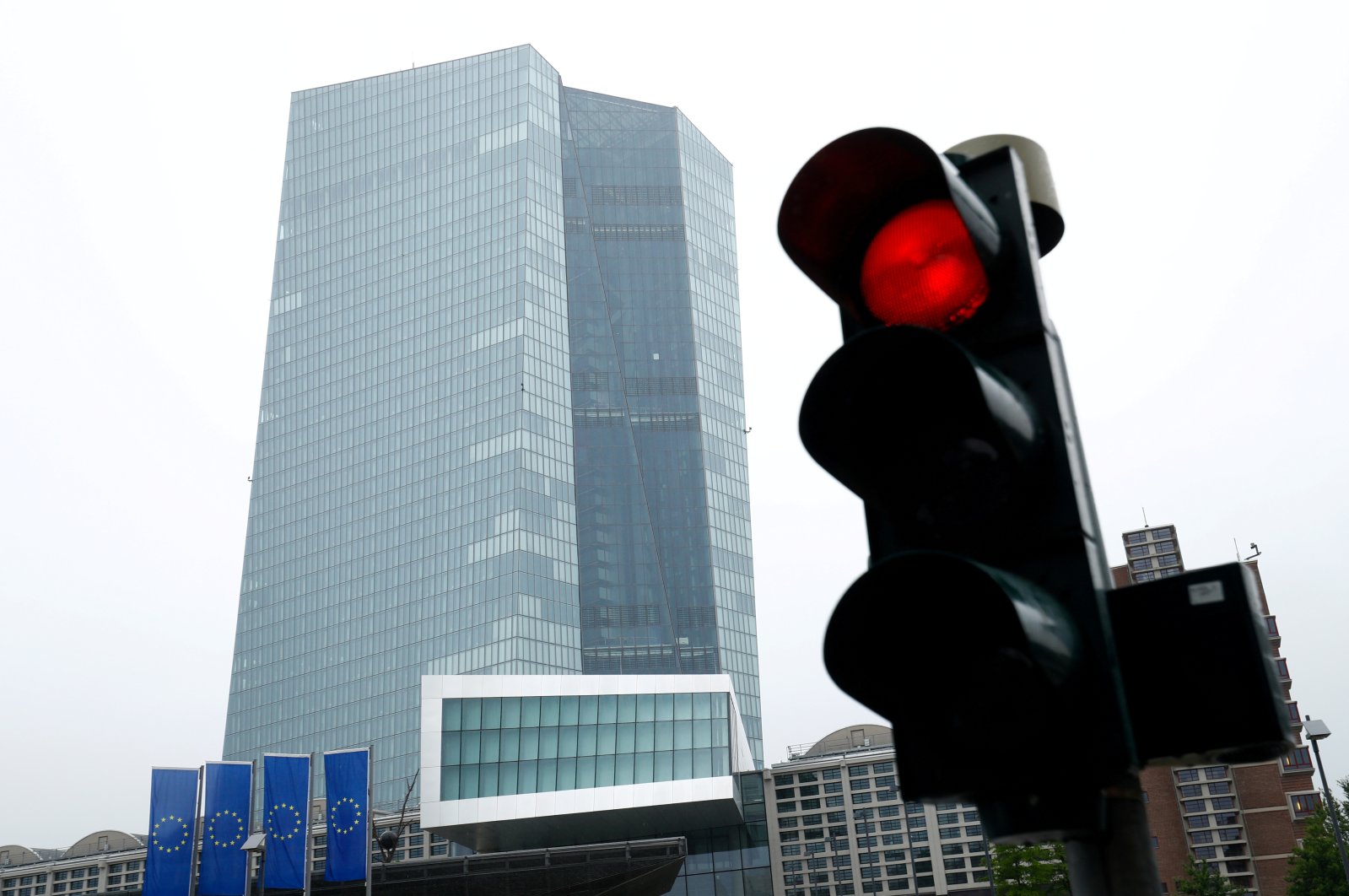 Thursday's European Central Bank (ECB) meeting should be anything but dull: the euro is surging, inflation is negative for the first time since 2016, and there is heightened uncertainty about the coronavirus as the number of new cases edges higher.

No major policy moves are expected since the ECB has acted aggressively to shore up an economy tipped to shrink around a tenth in 2020 due to COVID-19.

But the pressure to act again soon is rising. Here are five key questions for markets.

1. How dovish will the ECB be?

A negative inflation reading in August points to an explicit dovish bias. Annual eurozone inflation fell to minus 0.2% from 0.4% in July. Underlying inflation, watched closely by the ECB, tumbled. That suggests the bloc's deepest recession in living memory could become a bigger drag on consumer prices.

Comments last week from ECB board member Isabel Schnabel imply there is no hurry to deliver more stimulus. But weak inflation and a firm euro are fuelling expectations that the ECB will have to expand asset purchases – possibly in December.

2. What about a soaring euro?

Anything ECB chief Christine Lagarde says about the euro's rapid ascent will be watched closely. The currency hit $1.20 for the first time since 2018 last week and has rallied 4% since the July meeting.

On a widely-watched trade-weighted index published by the central bank, the euro is trading near six-year highs, adding to downward pressure on inflation.

ECB chief economist, Philip Lane, said last week "the euro-dollar rate does matter" in a sign that concern about currency strength is growing among rate-setters.

"The move in the euro has been incredible and the ECB has to respond to this," said Jim Caron, a fixed income portfolio manager at Morgan Stanley Investment Management.

"Do they say something like we're going to intervene? We don't think they'll say that but if they say nothing, the euro's going higher."

While the ECB has broadly adopted a hands-off approach, it has previously resorted to verbal intervention, such as in 2014.

3. Will the ECB use emergency bond purchases in full?

Euro strength and negative inflation could settle the debate among policymakers about whether the full firepower of the bank's 1.35 trillion euro ($1.59 trillion) emergency bond-buying scheme should be deployed.

Minutes from the July meeting showed some officials were not keen for another increase in the Pandemic Emergency Purchase Program (PEPP).

Comments from Lane suggest the PEPP, designed to protect the bloc from the coronavirus shock, is also a key tool in boosting inflation toward its near 2% target. Lagarde and Schnabel have said the scheme will be used in full.

Some economists expect the ECB to expand the PEPP by a further 500 billion euros by year-end.

4. How does the ECB view the economic outlook?

ECB staff projections are due Thursday and the big question is whether new inflation forecasts are below earlier ones. The June forecasts had third-quarter price growth at 0.1% year-on-year and the fourth quarter at 0.0%.

There are also signs the economic recovery is stuttering after a sharp rebound between May and July. Growth in the dominant service industry almost ground to a halt in August, a survey showed.

5. Will the Fed's strategy change impact the ECB?

The Federal Reserve last month unveiled a significant policy shift. It will now target inflation at 2% on average, allowing prices to run hotter to balance periods when they undershoot.

That could have implications for the ECB, which is set to restart its own strategic review. Lagarde has hinted in the past that the ECB would take its cue from the U.S. central bank.

Danske Bank's chief strategist, Piet Haines Christiansen, expects the ECB to adopt a symmetric inflation target – treating an overshoot with the same vigor as an undershoot – to maintain flexibility.

In the meantime, the euro-dollar exchange rate steadied above $1.18 on Monday as traders took stock of the latest U.S. jobs data and prepared for the ECB meeting to see if policymakers will introduce yet more stimulus.

The dollar has tumbled to more than two-year lows against the euro at the start of September as investors fretted about the strength of a U.S. economic recovery and bet U.S. interest rates would stay low for longer just as policymakers had introduced a significant recovery fund in Europe.

But the greenback has steadied in recent sessions, especially after the euro's brief flirtation with the $1.20 level was followed by selling of the single currency.

U.S. jobs data on Friday has helped the dollar. The U.S. Labor Department report showed that U.S. employment growth slowed and permanent job losses increased as government funding started running out. Still, the jobless rate fell to 8.4% from 10.2% in July.

Investors are not expecting any policy changes at Thursday's meeting but will be listening closely for anything said about the euro after a blistering rally that has likely unnerved some policymakers.

In a quiet start to the trading day on Monday, the euro last stood at $1.18, unchanged on the day, while the dollar index was little changed at 92.88.

Analysts said a sharp decline in U.S. stocks last week also prompted traders to adjust their positions on the dollar.

"When stocks become unstable, the yen appreciates. What happens as a result is that a stronger dollar and yen bump into each other, meaning other currencies could weaken," said Minori Uchida, chief currency analyst at MUFG Bank.

Elsewhere, the big mover was sterling, which slid 0.5% after Britain reportedly threatened to override its European Union (EU) divorce deal. The currency weakened 0.5% $1.32 while against the euro it touched a one-week low of 89.61 pence.

Against the yen, the dollar traded at 106.19, down marginally on the day.

The Chinese offshore yuan was little changed and last fetched 6.83 per dollar after customs data on Monday indicated that the country's exports marked the strongest gain since March 2019 while imports slumped.