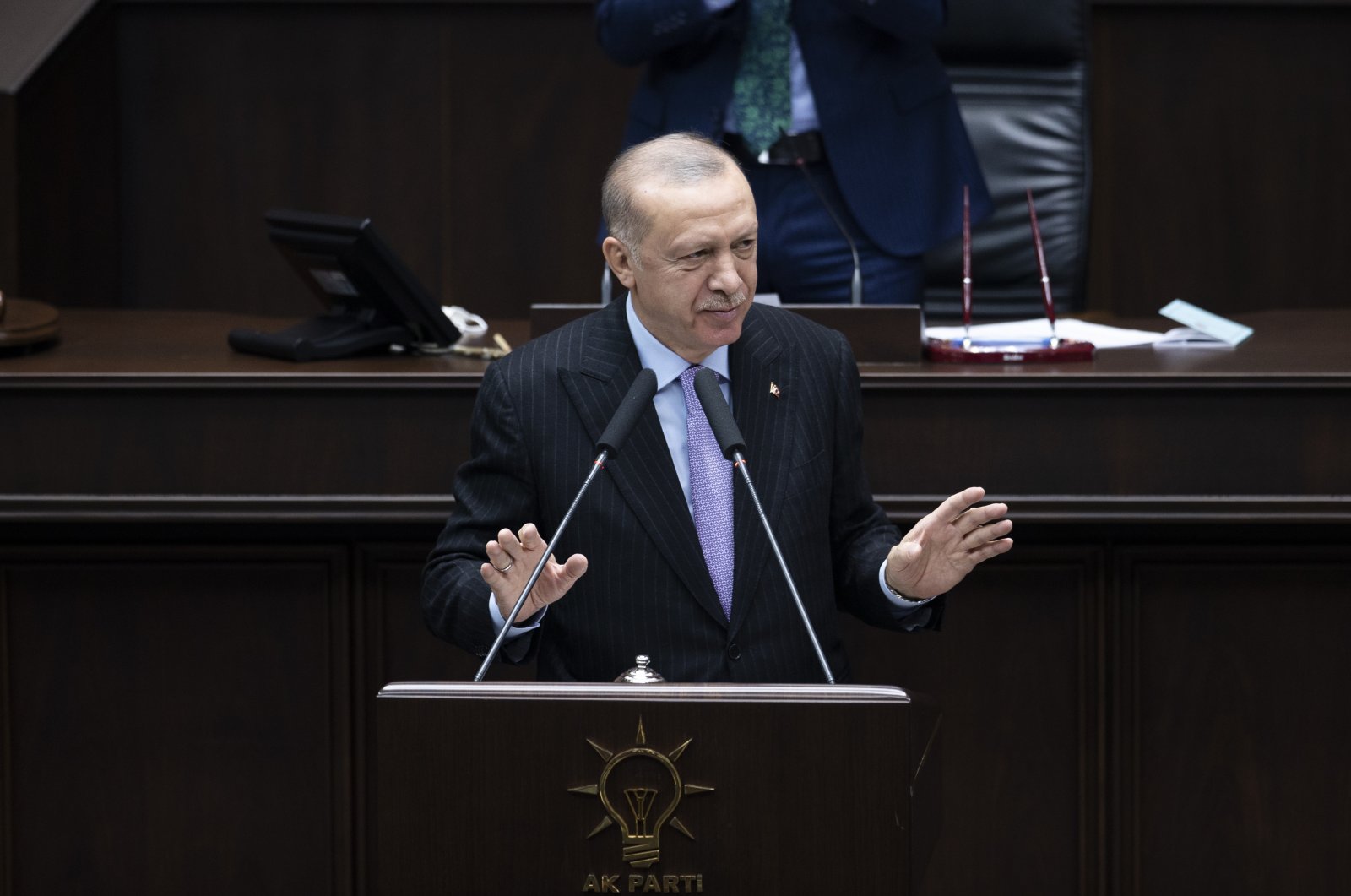 President Recep Tayyip Erdoğan reiterated his long-established position against high interest rates on Wednesday, saying he is determined to take steps on this issue as long as he's in office.

"Those who defend interest among our friends should not take offense. I cannot and will not be with the one who defends interest," Erdoğan told the ruling Justice and Development Party's (AK Party) parliamentary group meeting in the capital Ankara.

"As long as I am in this position, I will continue my fight against interest and inflation until the end," Erdoğan said.

"On this issue, the commandment (of Allah) is clear. We will look at the issue from this point of view and will take our steps accordingly," he said.

"Interest is the cause, and inflation is the effect," he added, reiterating his frequent but debated motto.

Following the group meeting, Erdoğan told reporters that the Central Bank of the Republic of Turkey (CBRT) is independent, and it will decide independently on interest rates.

The president has championed interest rate cuts as a way to spur domestic economic growth. Last month, the CBRT lowered its one-week repo rate – also known as the policy rate – by 200 basis points from 18% to 16%.

A further rate cut is expected at the central bank meeting on Thursday.

Ahead of the meeting, the Turkish lira fell to a record low against the dollar at 10.50, a 1.4% loss since the market opening on Wednesday.

"Developed countries are on the verge of the greatest economic depression since World War II. It is obvious that this will be followed by social and political crises," he added.

Turkey registered an annual increase of 19.89% in consumer prices in October, the Turkish Statistical Institute (TurkStat) announced on Nov. 3. Annual inflation rose by 0.31 percentage points from 19.58% a month ago, while the figure was 11.89% in October 2020, according to TurkStat data.