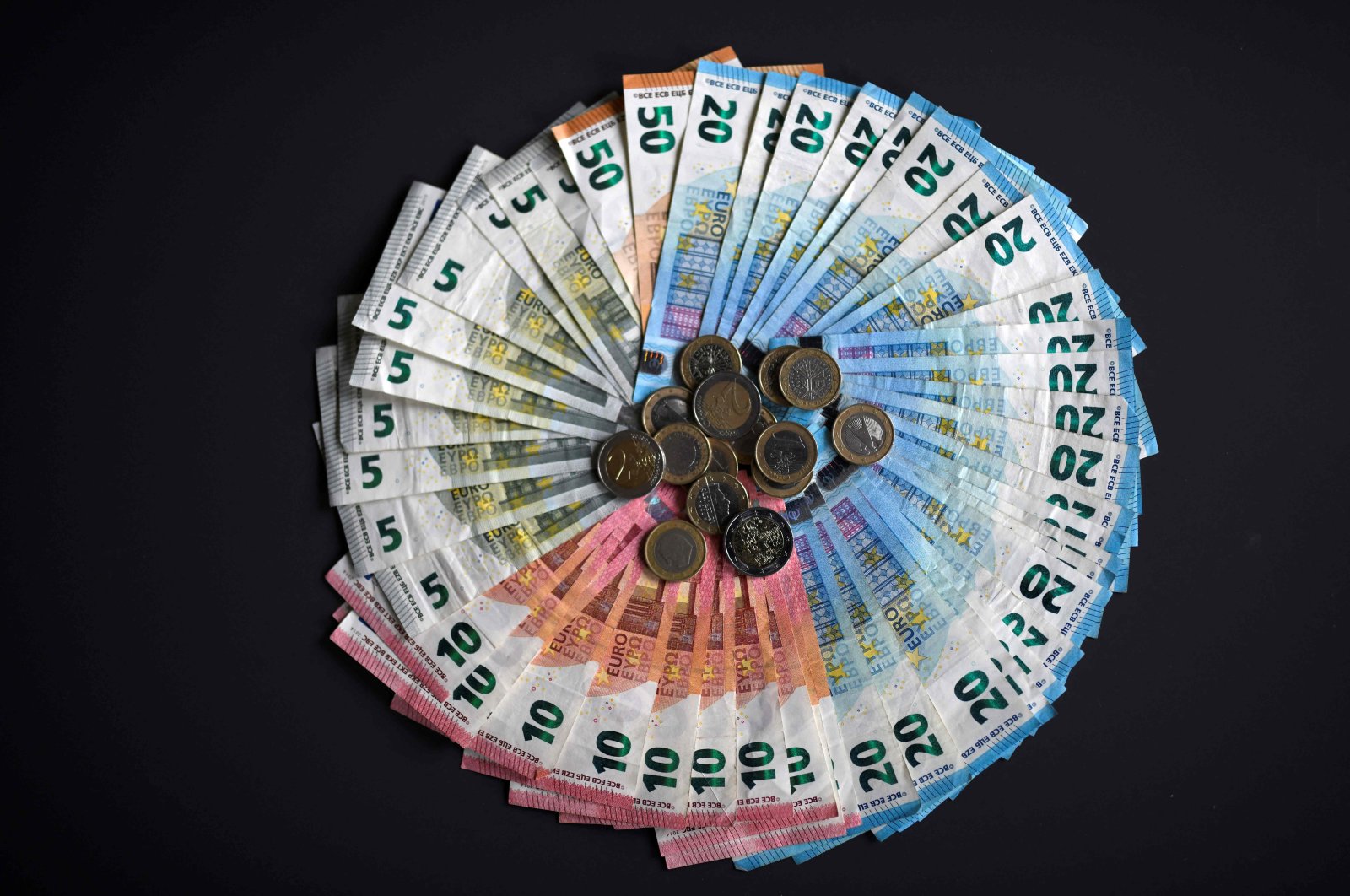 Having been living with euro banknotes and coins for two decades now, many Europeans still point the finger at the single currency for covertly driving up consumer prices – despite plenty of evidence to the contrary.

In addition to its effects on prices, it also sparked debates about what the notes and coins should look like when the single European currency went into circulation.

Jan. 1, 2022, marks the 20th anniversary of the euro entering circulation. It has since become the currency of 19 European Union countries.

“The euro is a catastrophe, it’s catastrophic,” said Maria Napolitano, a 65-year-old Italian living in Frankfurt. “With 100 deutschmarks, you could fill up your shopping trolley. Now, 100 euros aren’t enough to fill two bags.”

It’s an impression that is shared by many across the eurozone, from Paris to Rome, Madrid to Athens.

Victor Irun, a 53-year-old teacher in Madrid, said that for Spaniards the switch to the euro was “like entering a club for rich people while not wearing the right clothes.”

“You had the impression we weren’t yet ready,” he told the Agence France-Presse (AFP). “It was as if we were living in Spain but paying with French or Dutch money,” he explained.

Some Germans even coined a new nickname for the single currency – “teuro,” a pun on the German word for expensive, “teuer.”

In a 2006 study, university professor Hans Wolfgang Brachinger compiled an index of “perceived” inflation among Germans, which measured a “felt” increase in consumer prices of 7% between 2001 and 2002, compared with around 2% normally.

In reality, however, official statistics showed no pickup in inflation in Europe’s biggest economy.

“There was a very strong feeling in several countries that prices had gone up, and yet we had official stats telling us otherwise,” said Giovanni Mastrobuoni, an economics professor at the University of Turin.

In a detailed study on the issue, he tracked the prices of different everyday goods in the eurozone – from fruit, vegetables and bread, to beverages and restaurant meals – and found that the prices of some inexpensive products really did increase as a result of the switch to the euro.

And as retailers tended to round up rather than down when converting the price into the single currency, it was hardly surprising that people noticed – and felt cheated.

“The things that you consume very often, food, coffee, things that don’t cost that much. Over time, they would shape your perceptions because these are the most frequent transactions,” Mastrobuoni said.

In France, the average price of a simple coffee in a bar rose from 1.19 euros to 1.22 euros between the end of 2001 and the beginning of 2002, according to the national statistics office, Insee.

According to Mastrobuoni, the phenomenon is even more marked in countries where distribution sectors are less concentrated, as small retailers there are at greater liberty to raise their prices.

The European Commission calculates that the actual increase linked to the introduction of the euro was between 0.1% and 0.3%.

However, headline inflation was largely unaffected because the prices of higher-end goods did not increase and, in some cases, even declined thanks to improved productivity.

For all 12 of the countries that adopted the euro from the very beginning, the average annual rate of inflation stood at 2.3% in both 2001 and 2002, according to the EU’s Eurostat statistics agency.

However, the picture varied from country to country.

In Spain, inflation stood at 2.8% in 2001 and 3.6% in 2002, while most other countries recorded constant inflation or, in the case of Belgium, Germany, Luxembourg and the Netherlands, slower inflation.

Pierre Jaillet, a researcher at both the Jacques Delors and Iris institutes in France, said that consumers’ profiles played a significant role in whether they felt a discrepancy between real and perceived price developments.

People who are less well-off tend to spend a greater proportion of their income on food, so they will be squeezed more, he argued, noting that consumers generally remembered price increases, but not price reductions.

Twenty years after arriving in Europeans’ wallets, euro banknotes will get a new look with help from the public, a process officials hope will make citizens feel closer to the single currency.

But the Austrian artist behind the original banknotes fears the redesign could spark national rivalries, something he painstakingly tried to avoid with neutral illustrations the first time around.

Now retired, Robert Kalina was working as a graphic designer for the Austrian National Bank when he won a competition in 1996 to create the artwork for the first-ever euro notes.

“It’s incredible to think that the euro is already 20 years old, I hope it stays around for a long time to come,” he told AFP.

Kalina’s designs were initially printed on 14.5 billion banknotes in denominations ranging from 5 to 500 euros.

The bills in circulation have since almost doubled in volume and found their way into the hands of some 350 million Europeans and many more people around the world.

Euro coins, which are minted by euro members, have a shared image on one side and a country-specific one on the other. Ireland for instance opted for a harp, France for a tree.

But euro banknotes are issued by the European Central Bank (ECB), and their designs had to be identical across the euro region and avoid “national bias.”

The challenge for Kalina was coming up with illustrations all Europeans could identify with, without stirring nationalist sentiments or appearing to favor one eurozone nation over another.

“Portraits might have been allowed, but only if the faces were anonymous. I excluded that option right away,” Kalina said.

He decided to focus on architecture.

Drawing on inspiration from existing buildings, Kalina simplified and reworked their depictions with the help of engineering experts, to ensure the structures “were no longer recognizable” but still believable.

His bridge designs, showcasing different historical styles in Europe, symbolize the connection between eurozone citizens, “but also between the European Union and the rest of the world.”

The windows and doorways on the other side of the notes stand for “openness and a vision of the future.”

Despite the numerous crises that have rocked the currency since its birth, Kalina said the ideals he sought to portray are “still valid.”

But earlier this month, the ECB said the bills were ready for a makeover, announcing a design and consultation process with a decision expected in 2024.

“After 20 years, it’s time to review the look of our banknotes to make them more relatable to Europeans of all ages and backgrounds,” said ECB president Christine Lagarde.

Euro banknotes are “here to stay,” she said, although the ECB is also considering creating a digital euro in step with other central banks around the globe.

The ECB will rely on a 19-person panel of experts for the banknote design – one from each euro nation – and consult the public along the way.

“The question is whether people have come far enough to accept, for example, famous people being represented,” even if they are linked to a particular country, Kalina said.

“Might it perhaps cause jealousy?” he asked, recalling heated debates on the issue in the 1990s.

The world of music might be a good place to look for inspiration for the next generation of notes, Kalina mused, since “great composers like Beethoven or Mozart can’t be reduced to a single country.”

Music “is a language that doesn’t require words and one that everyone can understand,” he said.