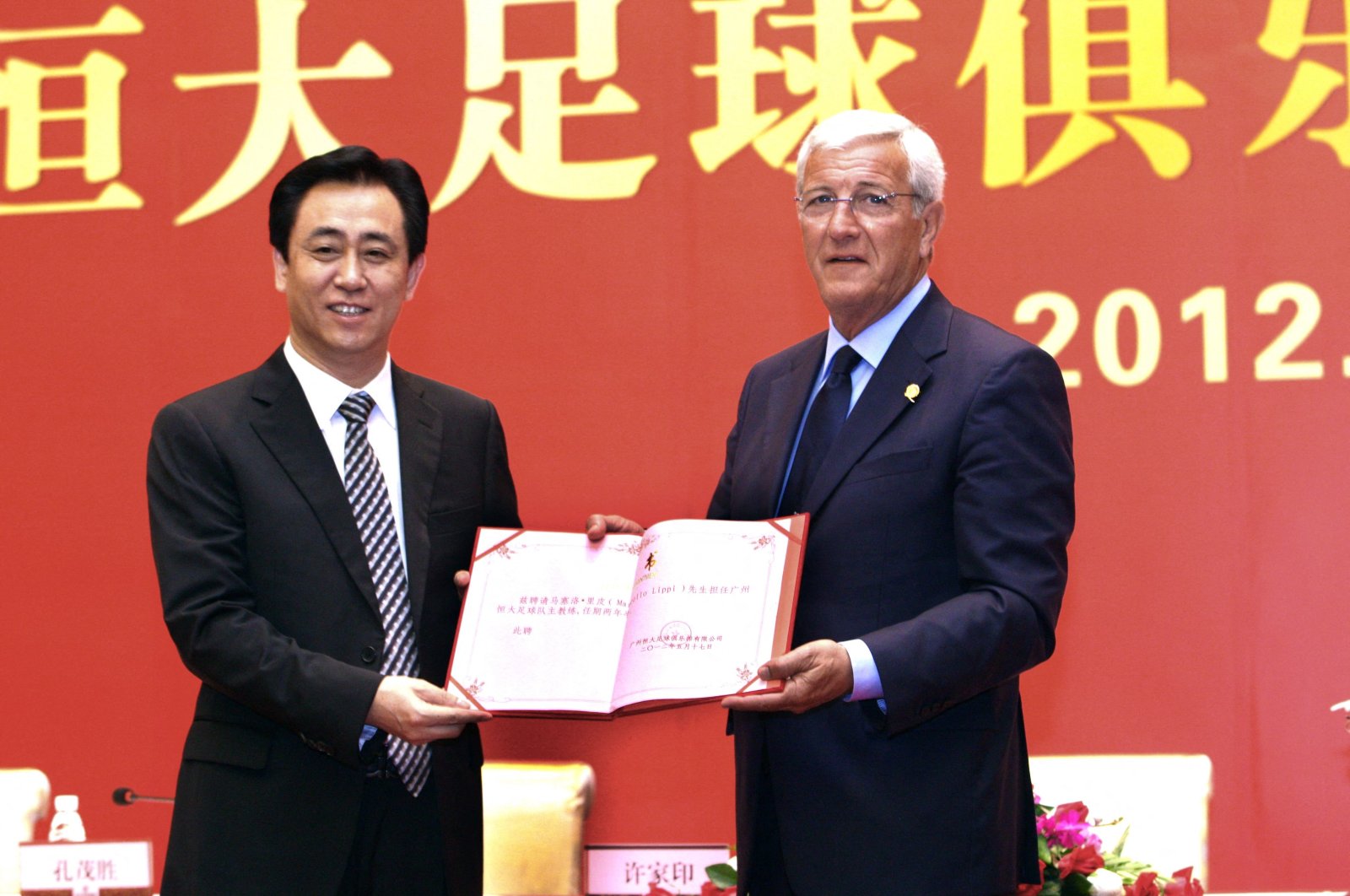 From rural poverty to real estate billions, the fortunes of Xu Jiayin tracked China's runaway growth for much of the past two decades – but now he is battling to save his Evergrande conglomerate from a quagmire of debt.

The 62-year-old, also known as Hui Ka Yan in Cantonese, was at one point China's richest man, with a taste for luxury labels, exclusive yachts and a nose for praising the Communist Party that steered the economy to a homeownership boom.

But Evergrande is sagging under hundreds of billions of dollars of debt as fears mount of an imminent collapse that could ricochet across the world's second-biggest economy.

"China's property developers – and their creditors – appear to be approaching a reckoning," said analysts at Capital Economics in a note.

They warned Evergrande is "close to collapse" with large losses looming for banks, bondholders and homebuyers.

Total liabilities had swelled to 1.97 trillion yuan ($305 billion), the embattled group said last week, warning of the risk of default.

Evergrande started to falter under the new "three red lines" imposed on developers in a state crackdown in August 2020, forcing the group to offload properties at increasingly steep discounts.

Xu's ascent mirrored China, rocketing from a largely rural and impoverished society to the gargantuan economy it is today.

The now-billionaire, whose mother died when he was a year old, recalled in a 2017 speech how he ate just sweet potato and steamed bread throughout his school years. "The sheets I laid, the quilts I covered, and the clothes I wore were all covered with piles of patches," Xu said.

"At that time, my greatest wish was to go out of the countryside, find a job and be able to eat better food," he said.

After leaving school in 1976 – the end of the decadelong Cultural Revolution – he struggled to find work.

As colleges reopened, Xu studied metallurgy and was later assigned to a state-run steel factory. He left in 1992 for Shenzhen, the buzzing heart of China's reform and opening-up experiment in the 1990s, before founding Evergrande in 1996.

All 323 apartments in the firm's first completed project sold in half a day, and raked in 80 million yuan.

Evergrande threw itself into mass development, building in-demand apartments across China and capitalizing on its rapid wealth accumulation.

The group listed in Hong Kong in 2009, raising HK$70.5 billion ($9 billion) in its initial public offering, making it China's largest private real estate company and making Xu the mainland's richest man with a net worth of 42.2 billion yuan.

In 2010, Xu bought the then-embattled Guangzhou football team, renaming it Guangzhou Evergrande and pouring money into world-class players and coaches. A football novice when he bought the club, Xu helped the team win eight league championships. He also cracked down on bad behavior, reportedly fining a player who challenged the referee and introducing the "Five Musts" – including "Players must obey the referee's judgment unconditionally."

According to the SuperYachtFan website, Xu is the owner of a $60 million yacht.

He also has a private jet, which Australian media reported he used for scouting out Sydney development opportunities in 2014.

Xu also became known for a love of luxury labels, particularly French brand Hermes – earning the nickname "Belt Xu" after wearing a Hermes belt for the national political congress in 2012.

Some have speculated his success has come from useful close relationships, including with the brother of former premier Wen Jiabao. But Xu has attributed his success to education and the Communist Party.

"Without the resumption of the national college entrance examination, I am still in the countryside. Without a state grant of 14 yuan, I couldn't go to university. Without the country's reform and opening up, Evergrande is not what it is today," he said.

"Everything of Evergrande is given by the Party, the state and the society," he added.

But Xu is now facing a government crackdown on extreme wealth, with President Xi Jinping leading a drive for "common prosperity" against vast wealth.

In 2017, his wealth was estimated at $43 billion, according to the Bloomberg Billionaires Index.

But that is now down to less than $9 billion, having lost an eye-watering $14.5 billion since the start of the year alone as the value of Evergrande has collapsed.