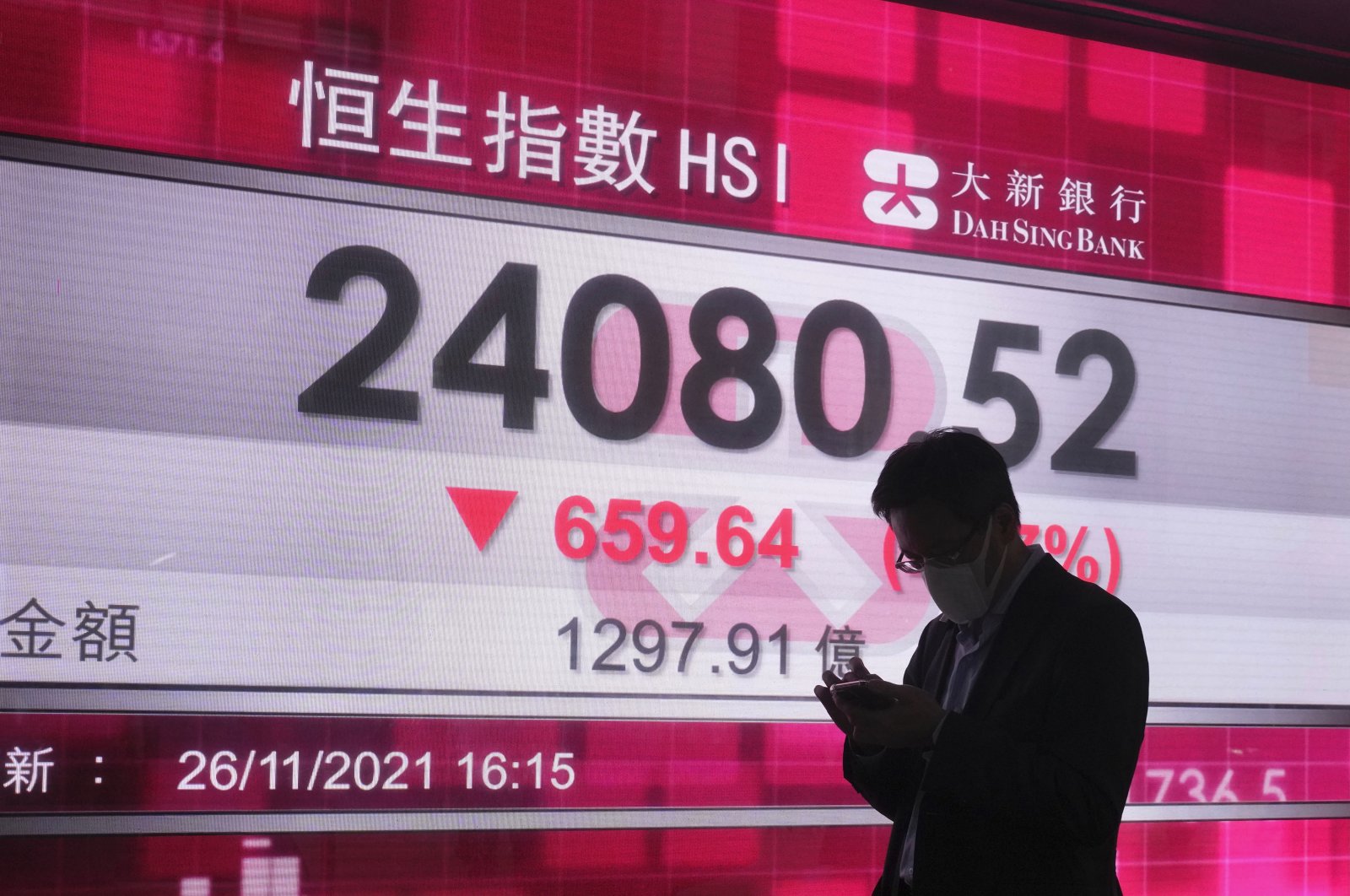 Global stocks tumbled Friday and oil fell below $80 a barrel as reports of a newly identified and possibly vaccine-resistant coronavirus variant stoked fears of a fresh hit to the global economy and drove investors out of riskier assets.

Little is known of the variant, detected in South Africa, Botswana and Hong Kong, but scientists say it has an unusual combination of mutations, may be able to evade immune responses and could be more transmissible.

British authorities think it is the most significant variant to date and have hurried to impose travel restrictions on southern Africa, as did Japan, the Czech Republic and Italy on Friday.

The European Union also said it aimed to halt air travel from the region.

Some European countries already tightened anti-virus controls this week after their own case numbers spiked. Austria imposed a 10-day lockdown, while Italy restricted activity for unvaccinated people. Americans were advised by their government to avoid going to Germany and Denmark.

“Investors are likely to shoot first and ask questions later until more is known,” Jeffrey Halley of Oanda said in a report.

Ray Attrill, head of FX strategy at National Australia Bank in Sydney, is of the same opinion. "You shoot first and ask questions later when this sort of news erupts," Attrill said.

"Markets have been quite complacent about the pandemic for a while, partly because economies have been able to withstand the impact of selective lockdown measures. But we can see from the new emergency brakes on air travel that there will be ramifications for the price of oil," said Chris Scicluna, head of economic research at Daiwa.

The World Health Organization (WHO) is convening an experts' meeting later on Friday to evaluate whether the new variant is a "variant of concern."

Global shares fell 0.8% and were on course for their worst week since early October.

European stocks plunged 2.7%, on track for their worst day since September 2020, with travel and leisure stocks particularly badly hit.

MSCI's index of Asian shares outside Japan fell 2.2%, its sharpest drop since August.

Giles Coghlan, chief currency analyst at HYCM, a brokerage, said the closure of the United States market for the Thanksgiving holiday on Thursday had exacerbated moves.

"We need to see how transmissible this variant is, is it able to evade the vaccines – this is crucial," Coghlan said.

"I expect this story to drag on for a few days until scientists have a better understanding of it."

As investors dashed for safe-haven assets, the yen jumped more than 1% to around 113 per dollar, having languished earlier this week at five-year lows.

The single currency, however, fell to near 6 1/2 year lows against the Swiss franc at 1.044 francs per euro.

Reopening hopes could be dashed

The market swings come against a backdrop of already growing concern about COVID-19 outbreaks driving restrictions on movement and activity in Europe and beyond.

"I don't think there's any going back to the pre-COVID-19 world," said Mark Arnold, chief investment officer at Hyperion Asset Management in Brisbane.

"We're just going to get mutations through time and that's going to change the way people operate in the economy. That's just reality."

Investors already were more cautious after Federal Reserve (Fed) officials said in notes from their October meeting released this week they foresaw the possibility of responding to higher inflation by raising rates sooner than previously planned.

Investors worry central bankers might feel pressure to withdraw stimulus earlier than planned due to stronger-than-expected inflation. The Fed said earlier it foresaw keeping rates low until late next year.

Financial markets had been encouraged by strong U.S. corporate earnings and signs the global economy was rebounding from last year's history-making decline in activity due to the pandemic. Stock prices have been boosted by easy credit and other measures rolled out by the Fed and other central banks.

"Markets are anticipating the risk here of another global wave of infections if vaccines are ineffective," said Moh Siong Sim, a currency analyst at the Bank of Singapore.

"Reopening hopes could be dashed."