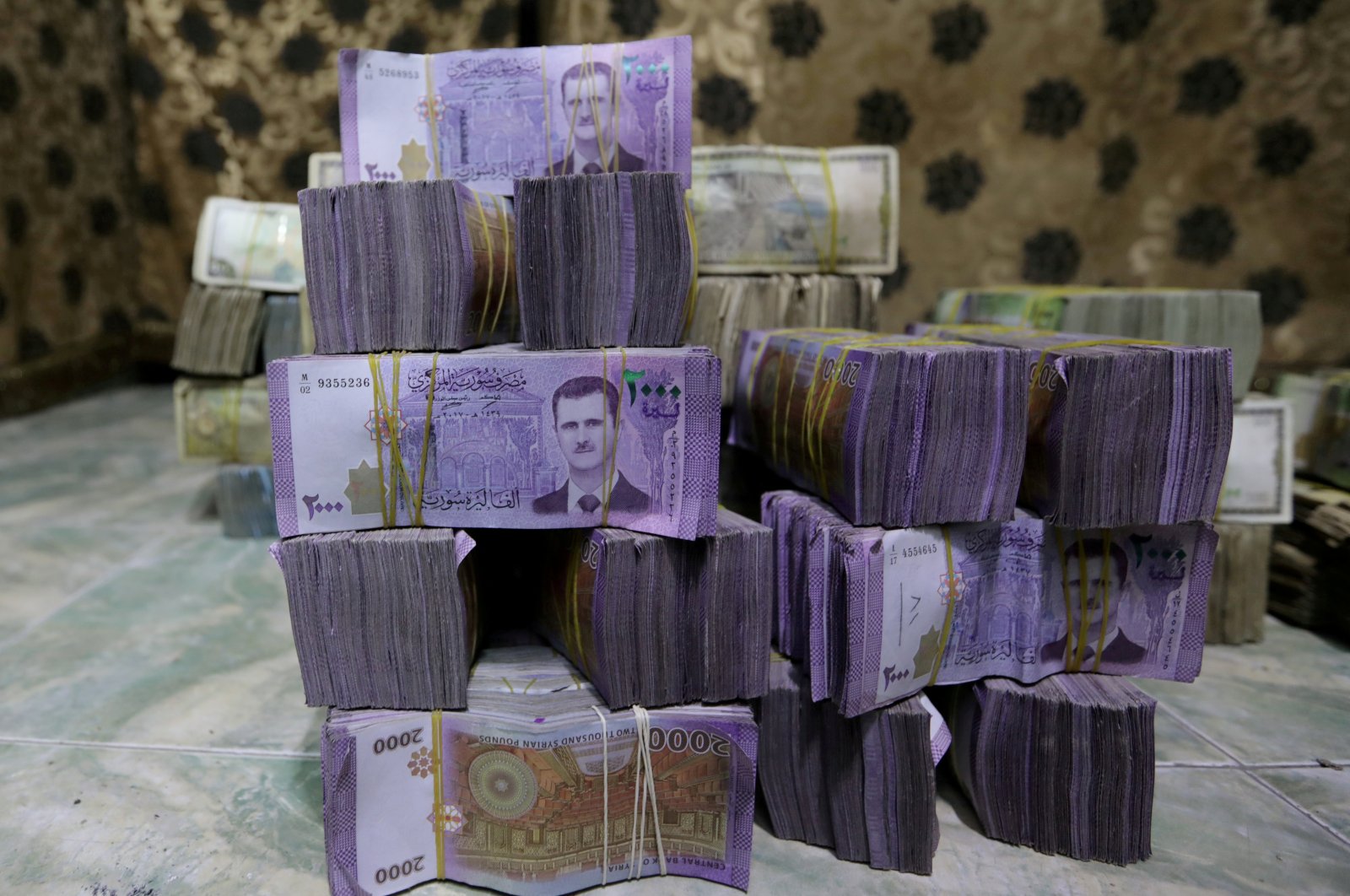 Syria devalued the official price of its local currency on Thursday, two days after the central bank governor was sacked, state media reported.

The decision came as the Syrian pound has continued to crash in recent months in the war-torn country, hitting record lows and throwing more Syrians into poverty.

The central bank said the official price of the dollar will be 2,512 pounds after it was fixed at 1,256 in June last year.

The Syrian pound set a record in March trading on the black market at 4,600 pounds to one U.S. dollar before improving to 3,100. At the start of the conflict in mid-March 2011, the U.S. dollar was worth 47 Syrian pounds.

On Tuesday, regime head Bashar Assad sacked central bank governor Hazem Qarfoul from the post he held since late 2018. No replacement has been named so far.

The pound has been hit hard by war, corruption, Western sanctions and, more recently, a financial and economic collapse in neighboring Lebanon. Syrians are believed to have billions of dollars blocked in Lebanese banks that have imposed harsh capital controls since late 2019.

The average salary in Syria is about 90,000 pounds ($29) per month making it difficult for many Syrians to survive.

The United Nations estimates that nearly 80% of Syrians live under the poverty line. In recent months, fuel and wheat have been in short supply, driving the government to reduce subsidies and ration resources.