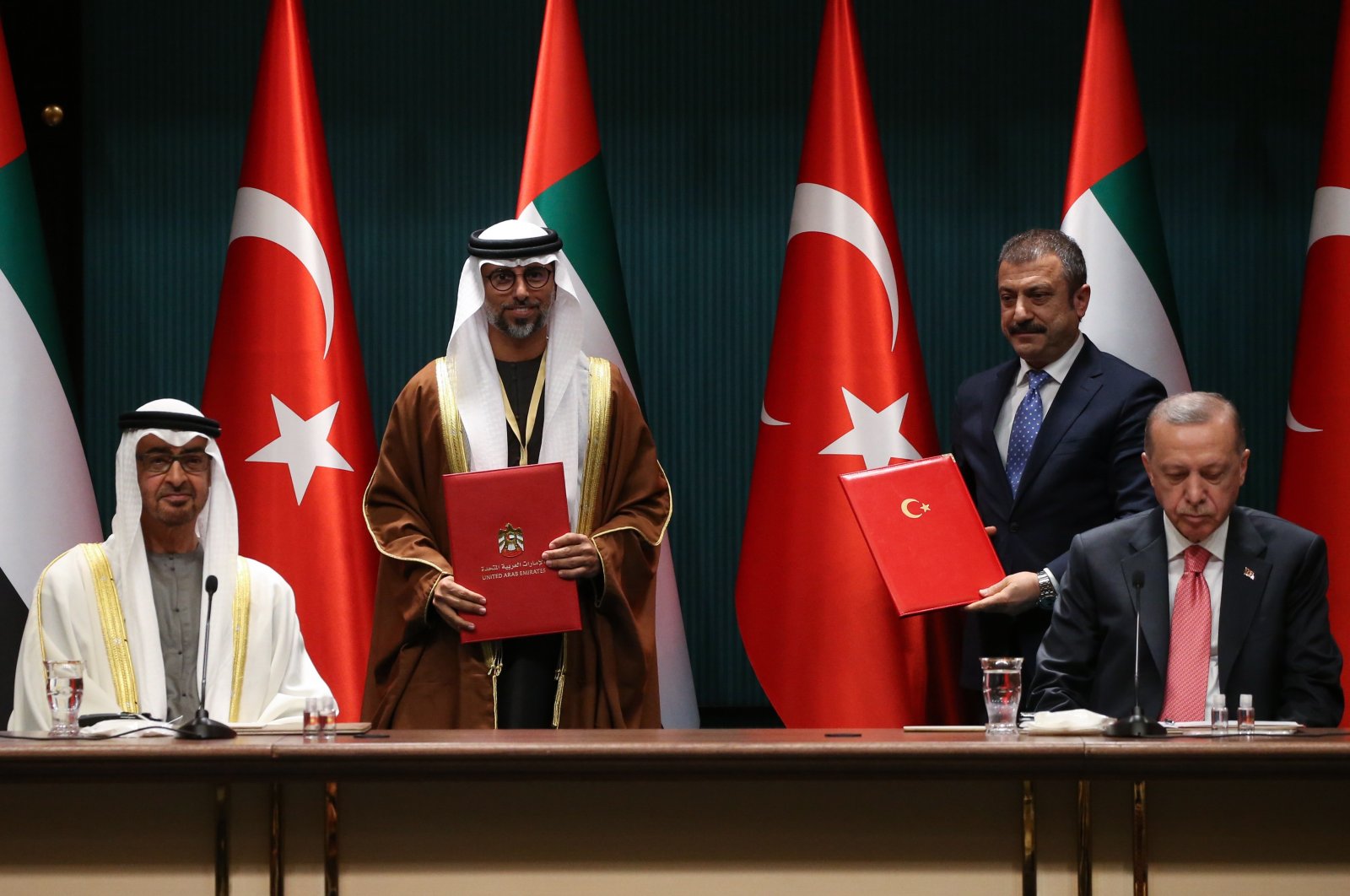 "In the framework of the MoU (memorandum of understanding), the two central banks aspire to carry out activities to foster cooperation in the field of central banking," it said.

The deal came amid reports that the UAE is set to make considerable investments in Turkey.

Turkey and the UAE signed a total of 10 agreements on energy, the environment, finance and trade during a visit by Abu Dhabi's Crown Prince Mohammed bin Zayed (MBZ) to Ankara on Wednesday.

Earlier, two sources said the two central banks were holding talks about a potential swap agreement. The CBRT has previously sought swap deals with other countries as a source of hard currency to build reserves and support the Turkish lira.

The crown prince arrived in Ankara at the invitation of President Recep Tayyip Erdoğan.

This is his first visit to Turkey since 2012 and also the first top-level meeting between the UAE and Turkey in recent years.