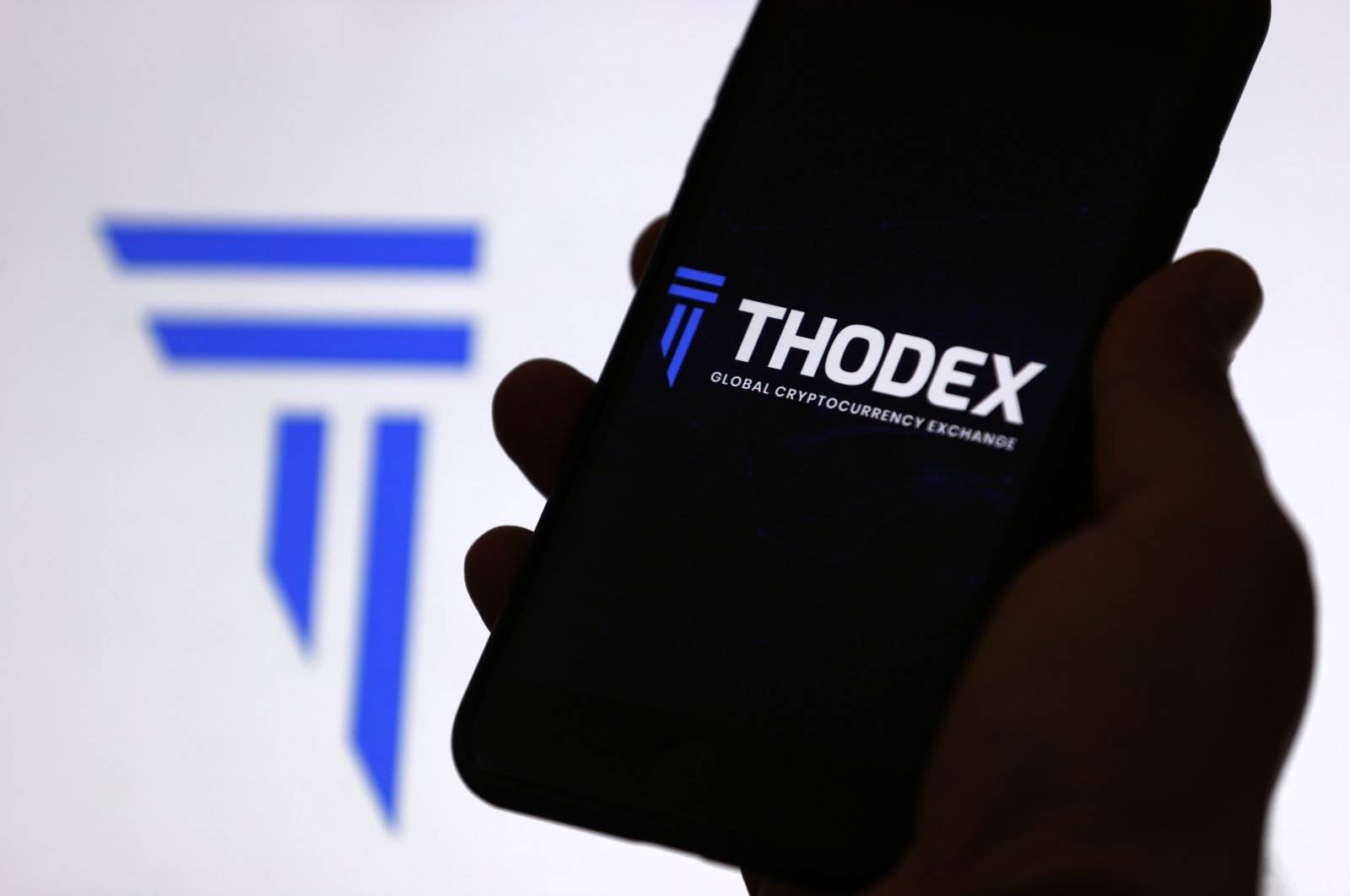 Turkey issued an international arrest warrant on Friday for the founder of a cryptocurrency trading platform, after thousands of Turks filed criminal complaints against the company saying they had been scammed and were unable to access their accounts.

Police also detained 62 people in raids across eight provinces over their alleged links to Thodex, the company headed by the fugitive businessman Faruk Fatih Özer, who fled with a reported $2 billion (TL 16.73 billion) in investors’ assets.

Police raided the company’s headquarters on the Asian side of Istanbul and seized computers and digital materials.

Istanbul police said the company’s founder and CEO had flown to the Albanian capital Tirana on Tuesday.

Interpol issued a Red Notice for Özer on Friday after a request from Ankara. The Justice Ministry has started legal proceedings to seek his arrest and extradition.

Soylu separately told reporters Friday that around TL 31 million that Özer had in three different bank accounts has been seized.

“I think he made a statement about $290,000 when he was entering Albania,” Soylu noted.

Özer is being sought on charges of “fraud by using information systems, banks or credit institutions as a tool and founding a criminal organization.”

Turkish security officials on Thursday released a photo of Özer going through passport control at Istanbul Airport on his way to an undisclosed location.

Security sources later confirmed that Özer – said to be 27 years old – has been in Albania’s capital Tirana since Tuesday.

The Thodex cryptocurrency trading platform, which had been handling daily cryptocurrency trade worth hundreds of millions of dollars, said on its website on Thursday it would be closed for four to five days due to a sale process.

An Istanbul prosecutor’s office on Thursday said it began an investigation into Thodex amid claims that the platform had led to the "aggrievedness of many citizens."

Turkey's Financial Crimes Investigation Board (MASAK) blocked the company’s accounts on Wednesday and began an investigation.

Thodex said “negative” media reports about it were untrue, and that banks and funds – which it would identify later – wanted to invest in the company and had proposed a partnership.

An estimated $2 billion worth of investments are said to be affected and a lawyer for the victims said the money invested by about 390,000 active users had become “irretrievable.”

Özer broke his silence on Thursday as he slammed the “baseless allegations” against him in a message posted on the company’s official Twitter account.

He said he was abroad for meetings with foreign investors and would return home “in a few days and cooperate with judicial authorities so that the truth can come out.”

He said the company temporarily shut down trading after accounts showed unusual activity due to a cyberattack.

A lawyer for the investors, Oğuz Evren Kılıç, said Friday that the investigation into Thodex “is deepening.”

“Hundreds of thousands of users cannot get access to their digital wallets. The situation will get more serious unless a concrete step is taken” by Thodex, he told the Agence France-Presse (AFP) by phone.

Kılıç said his clients have already lodged complaints at the prosecutor’s office in Istanbul and other cities.

The number of complaints against Thodex increased by more than 1,160% over the week to April 20 compared to the previous week, according to the Turkish customer complaint website Şikayetvar.

One investor who reached Şikayetvar said: “Why is Thodex’s CEO silent? Why are they victimizing people? Are you making fun of us?”

It warned that cryptocurrencies “entail significant risks” because the market is volatile and lacks oversight.