Turkey to ban use of cryptocurrencies for buying goods, services 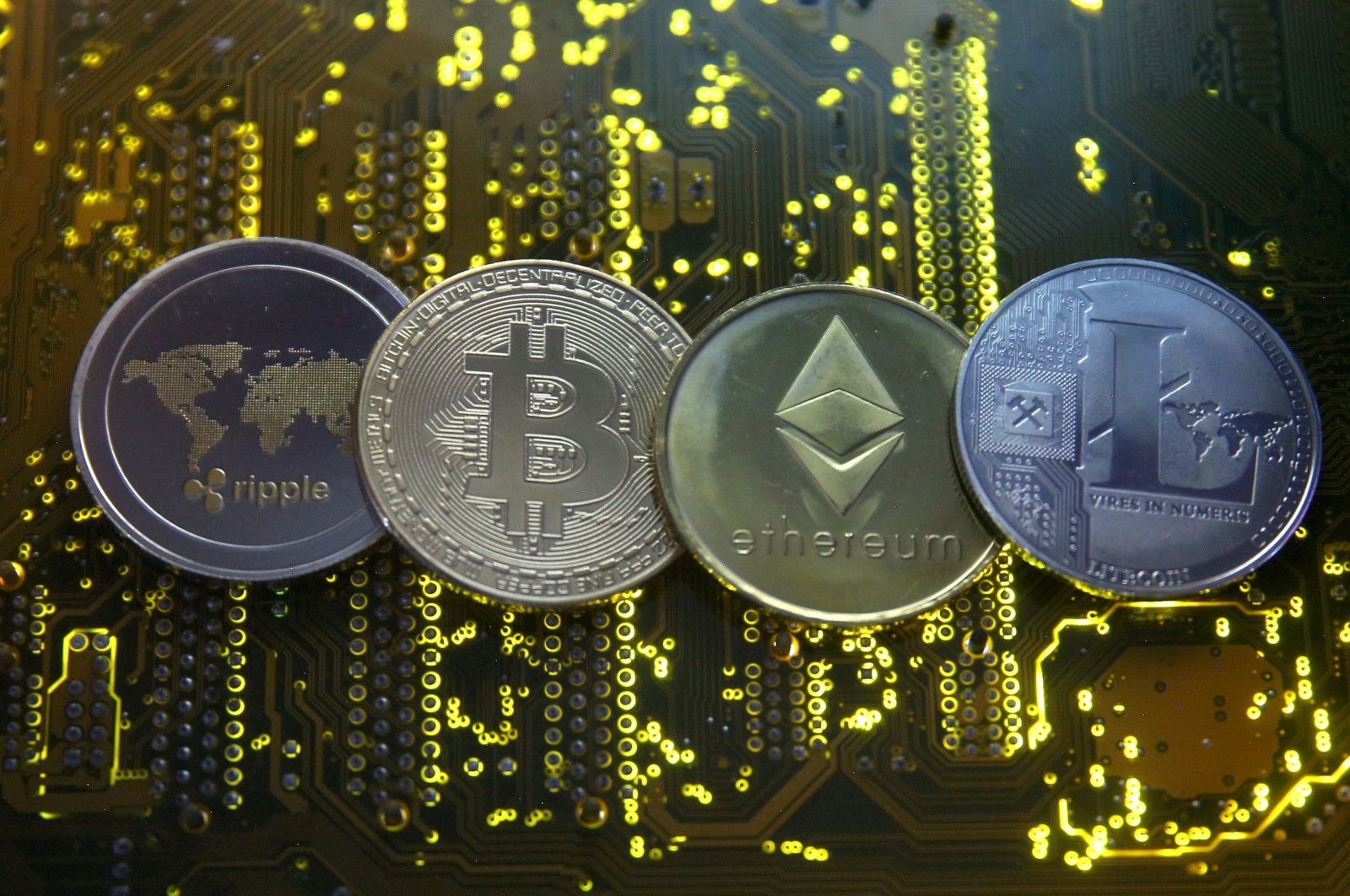 Representations of the Ripple, bitcoin, etherum and Litecoin virtual currencies are seen on a PC motherboard in this illustration, Feb. 14, 2018. (Reuters Photo)
by DAILY SABAH WITH AGENCIES Apr 16, 2021 10:17 am
RECOMMENDED

Turkey’s central bank is banning the use of cryptocurrencies and crypto assets in payments for goods and services, citing possible “irrevocable” damage and significant transaction risks.

In legislation published in the Official Gazette on Friday, the Central Bank of the Republic of Turkey (CBRT) said cryptocurrencies and other such digital assets based on distributed ledger technology could not be used, directly or indirectly, as an instrument of payment.

The already growing boom in Turkey’s crypto market has further gained pace over the recent period as investors joined a global rally in Bitcoin, hoping to both gain from Bitcoin’s rally and shelter against inflation, which climbed above 16% in March.

Bitcoin was off nearly 3% at $61,490 versus the U.S. dollar at 7:54 a.m. GMT after the Turkish ban, which was criticized by some, including the main opposition, the Republican People’s Party (CHP).

A lack of regulation, supervision mechanisms or central regulatory authority, combined with the potential for criminal activity and the high volatility of their market value mean digital tokens entail “significant risks,” the central bank said in a statement.

“Payment service providers will not be able to develop business models in a way that crypto assets are used directly or indirectly in the provision of payment services and electronic money issuance,” and will not provide any services, it said.

“Their use in payments may cause non-recoverable losses for the parties to the transactions ... and include elements that may undermine the confidence in methods and instruments used currently in payments,” the central bank added.

The legislation goes into effect on April 30.

This week Royal Motors, which distributes Rolls-Royce and Lotus cars in Turkey, became the first in the country to say it would accept payments in cryptocurrencies.

Globally, giants such as Apple, Amazon and Expedia also accept such payments.

Earlier this month, Turkey sent a notice to cryptocurrency exchanges operating in the country, requesting user information, a development that was interpreted by some as a move linked to tax regulations of digital currency.

The Treasury and Finance Ministry cited global financial intelligence units’ fight against the laundering of criminal revenues and financing of terrorism, stressing heavy usage of cryptocurrencies in such crimes.

The government in March said it “shares global concerns” about cryptocurrencies and that the developments were being closely followed.

It signaled it was working on regulations in cooperation with the central bank, Turkey's Banking Regulation and Supervision Agency (BDDK) and the Capital Markets Board (SPK).

Treasury and Finance Minister Lütfi Elvan also reiterated that they “have serious concerns about cryptocurrencies.”

“It is not just us, there is anxiety all over the world,” he said. “We have appointed our deputy minister regarding the Bitcoin transactions in Turkey.”

“Our country ranks third in the world and first in Europe in terms of cryptocurrency use,” Şahin suggested. Therefore, he said the decision concerns many in Turkey.

Şahin also pointed out that cryptocurrencies offer a structure that is not very reliable because there is no authority behind it, underlining that people are especially victimized by small investors because of their openness to speculation and manipulation.

“With the central bank’s regulation, cryptocurrency losses will decrease,” he noted.

On the other hand, CHP Chair Kemal Kılıçdaroğlu criticized what he said was another “midnight” decision, referring to President Recep Tayyip Erdoğan’s decision last month – announced in a midnight decree – to remove the central bank's governor.

“Any authority that starts regulating (the market) with a ban will end up frustrated (since this) encourages fintech startups to move abroad,” said economist Uğur Gürses on Twitter.

The jump echoes soaring global interest in crypto, driven by Bitcoin’s rally to a record of more than $62,000 as major investors and companies embraced the emerging asset.

Yet investors in Turkey said a weaker Turkish lira and inflation pressures, as well as hopes of quick gains, have driven the demand for the cryptocurrency.

Many of them shrugged off the volatility of cryptocurrencies, which financial watchdogs across the world have warned could lead to investors losing their money.

Bitcoin’s march to record highs has come as governments and central banks open the stimulus taps to counter the economic damage caused by the coronavirus pandemic.

A narrative that its limited supply makes it impervious to inflation – Bitcoin is often seen as a store of value, despite its volatility – has partly fueled its gains.

The cryptocurrency exchange BtcTurk alone is said to have attracted over a million new users between January and March.

Between March 20-24, crypto worth TL 23 billion was traded, Reuters cited the data, versus TL 1 billion in the same period last year.

Trading volumes of Tether, a major stablecoin, hit TL 2.2 billion on the weekend of March 20-21, versus around TL 39 million a year earlier, data showed.