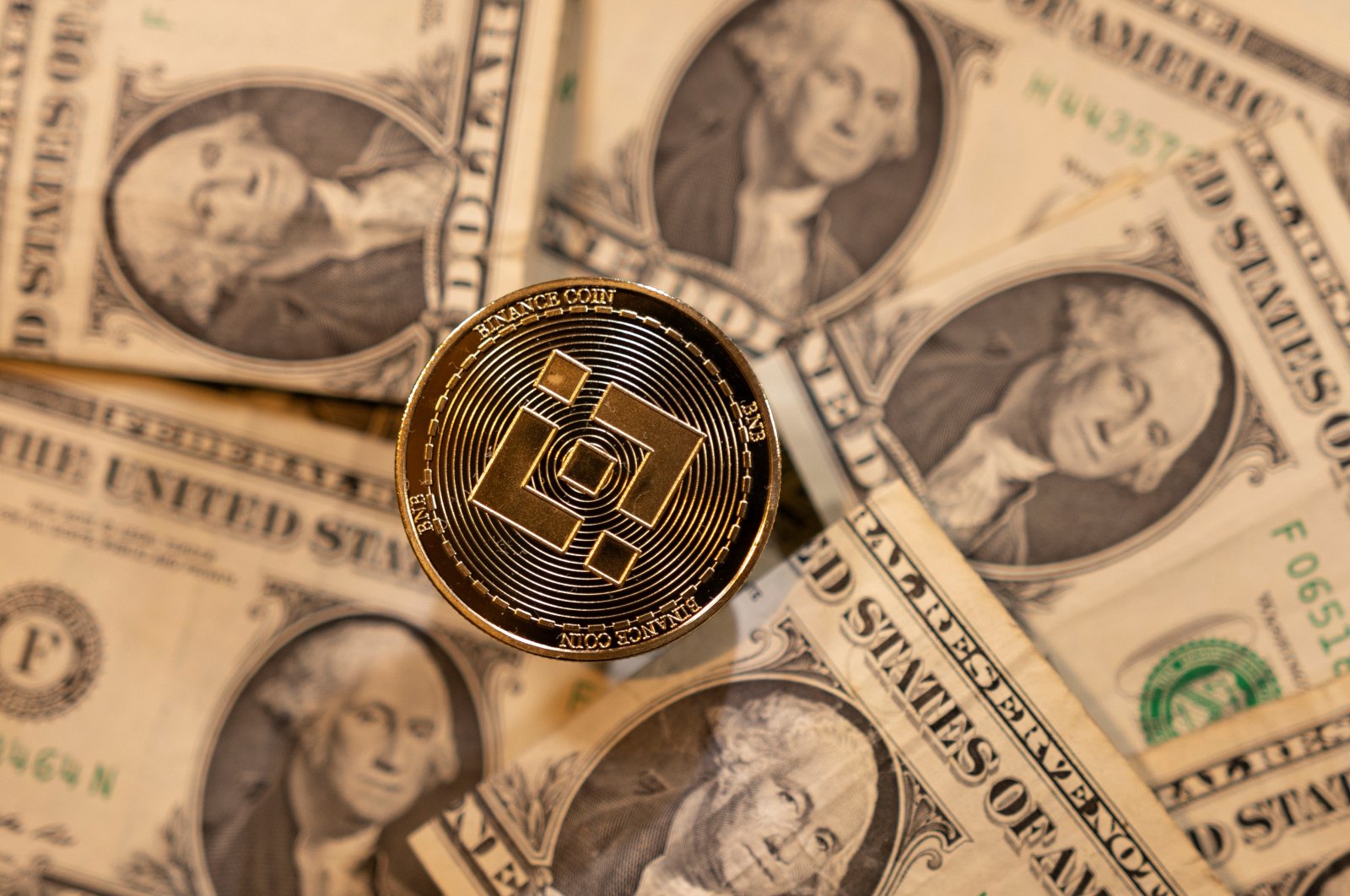 A representation of the virtual cryptocurrency Binance is placed on U.S. dollar banknotes in this illustration taken Nov. 28, 2021. (Reuters Photo)
by Daily Sabah with Wires Dec 25, 2021 1:52 pm

Turkey's Financial Crimes Investigation Board (MASAK) slapped cryptocurrency exchange Biance with a fine of the maximum amount of TL 8 million ($750,000) for running afoul of the country's new regulations.

According to a report by Anadolu Agency (AA) Saturday, this fine is considered the first of its kind.

Turkey had earlier this year put a new set of laws into action regarding cryptocurrency platforms.

The laws state that the platforms need to track user information among other details, considered a move linked to tax regulations of digital currencies and to prevent money laundering.

The financial crimes board ordered the fine after Binance reportedly failed to come forward with the requested information and was therefore not abiding by the law.

Meanwhile, most recently on Friday, President Recep Tayyip Erdoğan said that Turkey will soon take steps regarding cryptocurrencies, which have become an issue of concern for many governments and central banks.

A law on cryptocurrencies is ready and will soon be discussed at the national assembly, Erdoğan said during a meeting with the press in Istanbul where he also made statements on Turkey’s new economy model and finance model.

The already growing crypto boom in Turkey further gained pace throughout the year as investors joined a global rally in Bitcoin, hoping to gain from the cryptocurrency’s rise to shelter against inflation.