Results of new economic path to be observed by summer: Erdoğan 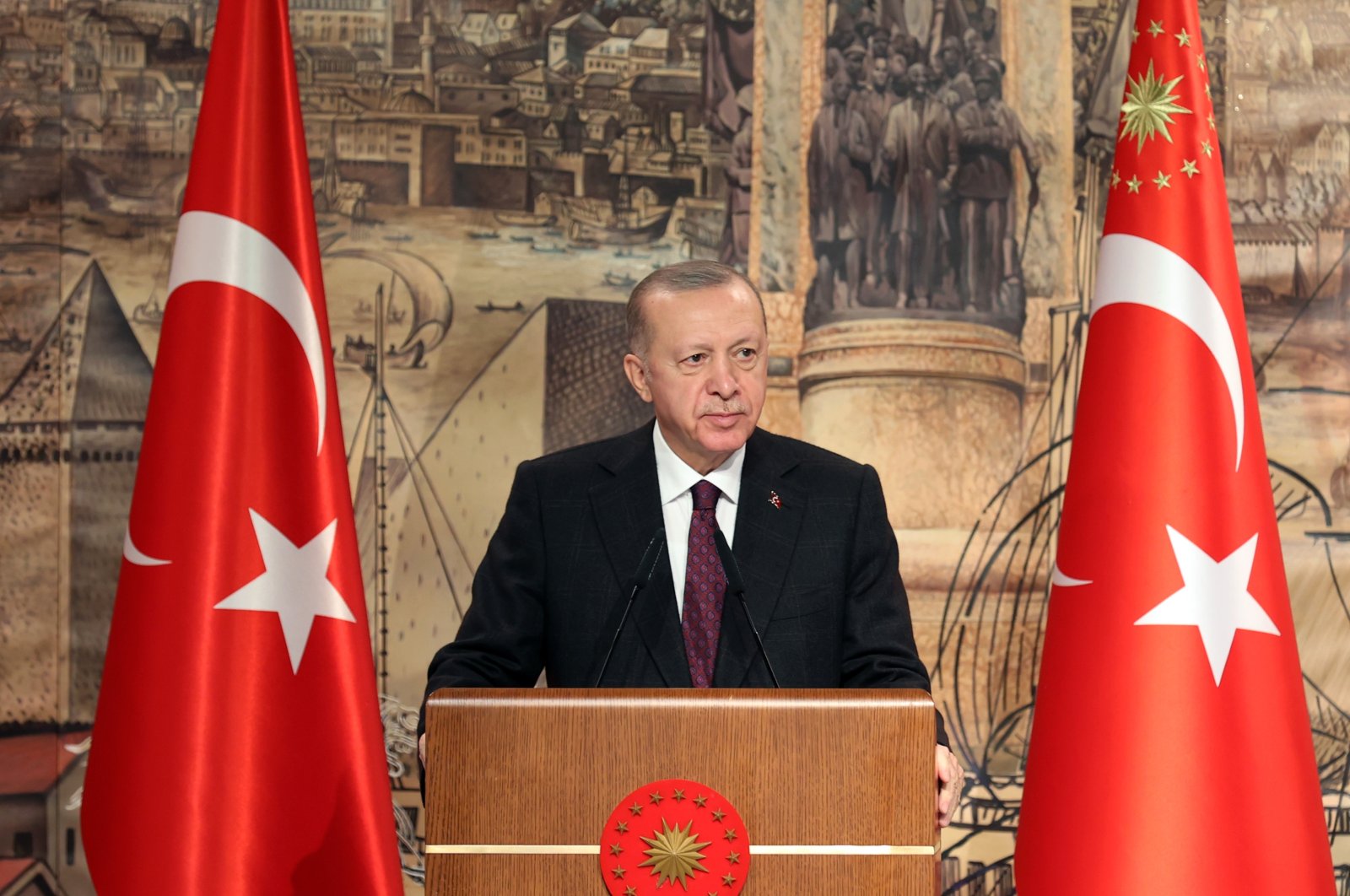 President Recep Tayyip Erdoğan speaks during a meeting with the press and academics at the Dolmabahçe Office in Istanbul, Turkey, Dec. 24, 2021. (AA Photo)
by DAILY SABAH Dec 24, 2021 3:48 pm
RECOMMENDED

With the new scheme announced to protect Turkish lira deposits and ease the foreign exchange burden, the “bubble” in the exchange rates disappeared in almost a day, President Recep Tayyip Erdoğan said Friday.

Erdoğan was speaking during a meeting held with the press and academics at the Dolmabahçe Office in Istanbul.

The president said that when the balance is ensured financially in this new mechanism within a short time, “we will witness that our country has entered a completely different economic climate toward the upcoming summer months.”

He said Turkey has launched a historic change in economic policy, adding that the new approach sets aside the classic understanding of controlling inflation with high interest rates.

"Rather, it has adopted an economic policy based on growing the country with investments, employment, production, exports and current surplus," he explained

Noting that the foreign exchange reserves of Turkey's central bank currently stood at over $115 billion, Erdoğan said: "This amount will be in a much better position. Today, Turkey has the infrastructure it needs in every field from education to health, from security to law, from industry to tourism."

Turkey's government has argued that a recent surge in exchange rates ignores the country's strong economic fundamentals, blaming high prices on hoarders and global factors. The benefits of Turkey's new approach will become clear in the next three to six months, according to Erdoğan.

The deposit protection scheme, which is meant to stem the currency crisis by putting an end to dollarization, was announced Tuesday.

Regardless of the exchange rates, depositors will receive the principal and the interest/profit share.

In the days following the announcement, Turkey’s lira has whipsawed back from a historic low of 18 to the dollar, starting to compensate its losses that reached 60% in the year.

The lira was on track for its strongest week on record on Friday, having spiked 44% against the dollar.

Erdoğan also called on those who hiked the prices of consumer goods in accordance with the rising exchange rates: “We specifically expect them to lower prices now, just as quickly and at what rate they were raising prices,” per the lira’s fall against the dollar.

Turkey most recently announced a new economic model, as the president himself has many times reaffirmed commitment to low interest rates, which he says will boost investment, jobs, exports and growth.