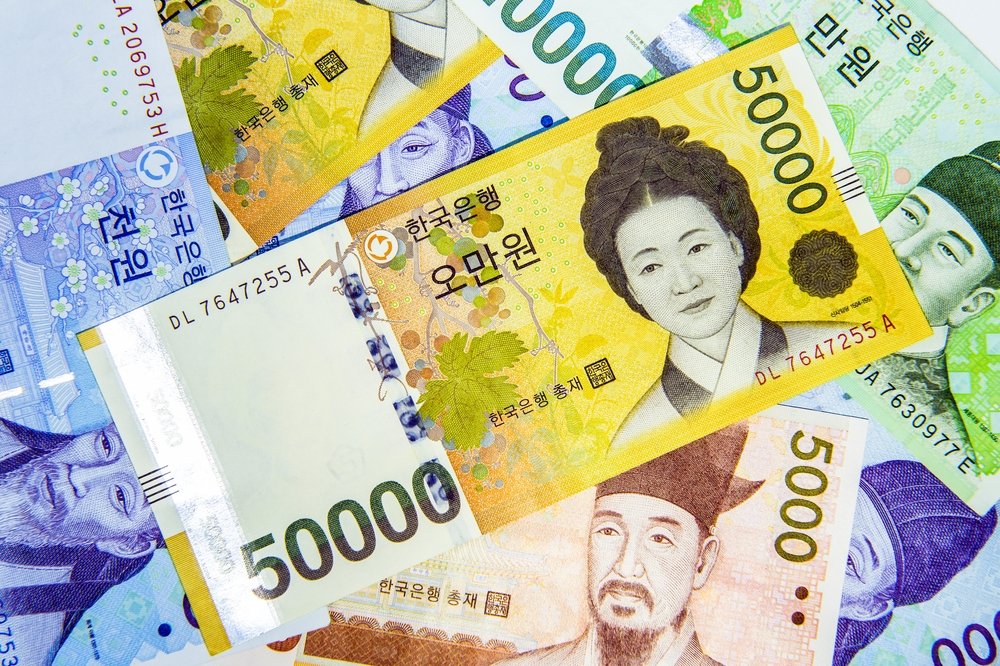 The South Korean won has been added to the foreign currencies traded by the Central Bank of the Republic of Turkey (CBRT). (Shutterstock Photo)
by DAILY SABAH
Aug 20, 2021 11:48 am

The South Korean won was added to the foreign currencies traded by the Central Bank of the Republic of Turkey (CBRT) with the circular published in the Official Gazette Friday.

The central bank signed a swap agreement with the Bank of Korea (BOK) last week for $2 billion.

It was signed by CBRT Governor Şahap Kavcıoğlu and his South Korean counterpart Lee Ju-yeol, aiming to boost bilateral trade through a swap-financed trade settlement facility and promote financial cooperation for the economic development of both sides.

Turkey last year actively conducted talks to establish swap lines with many countries, including the U.S., Japan, Malaysia and India.

The country first signed a swap agreement with China in 2012 and subsequent deals have allowed Turkish companies to pay for imports from China using the Chinese yuan.