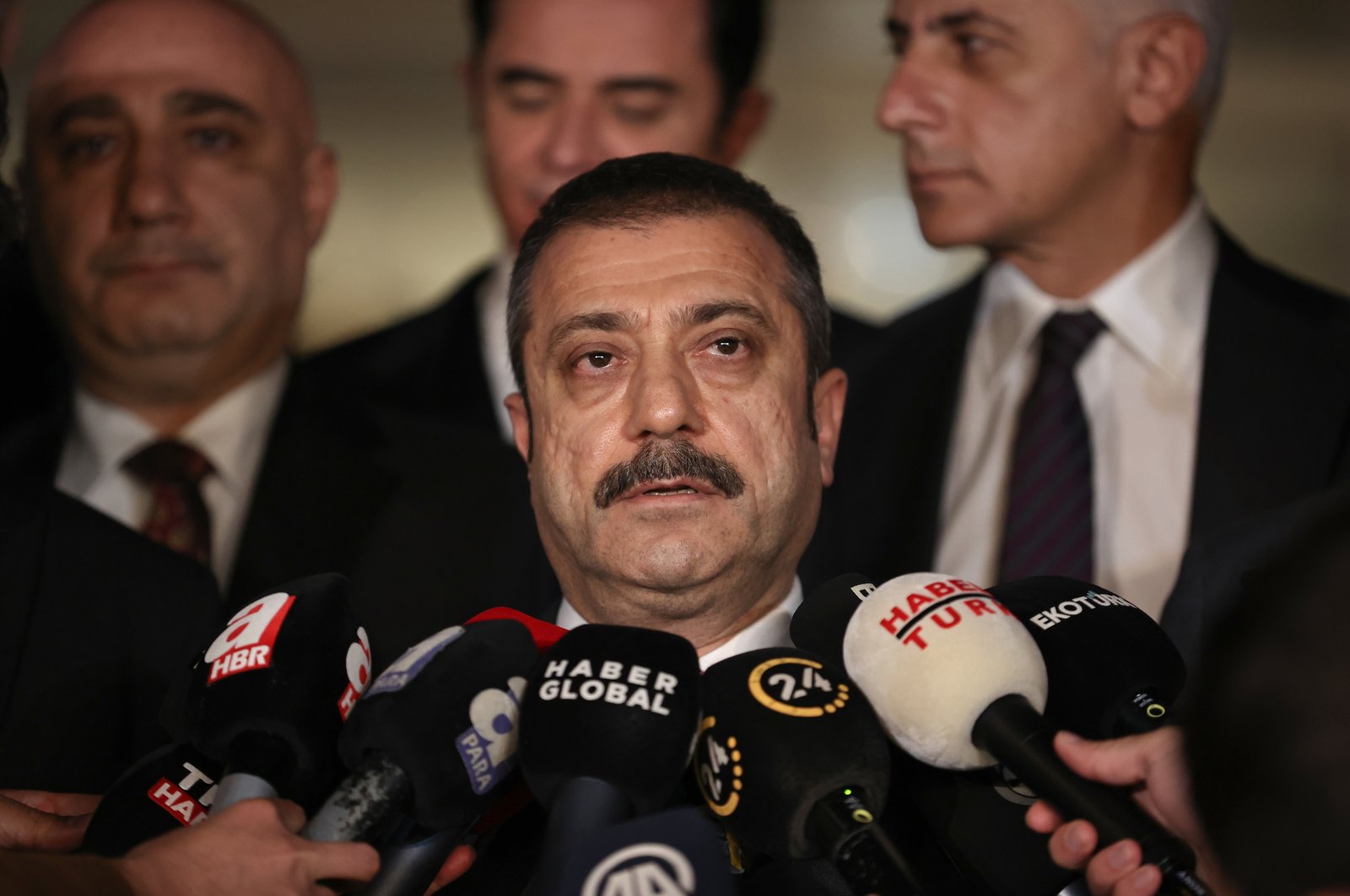 The Turkish banking sector is "very strong," Central Bank head Şahap Kavcıoğlu said in a statement on Thursday after meeting with public and private banking officials and bank CEOs.

The Turkish banking sector is also one of the most successful in the world, Kavcıoğlu told a group of journalists after the meeting in Istanbul, Turkey's commercial capital.

Along with a number of bank CEOs, he met with Banking Regulation and Supervision Agency (BDDK) Chairman Mehmet Ali Akben and Banks Association of Turkey (TBB) head Alpaslan Çakar.

Kavcıoğlu said they discussed a range of issues, including inflation, monetary policy and global developments.

On Wednesday, President Recep Tayyip Erdoğan spoke with Kavcıoğlu in a closed-door meeting.

Kavcıoğlu's remarks came amid fluctuating foreign exchange rates in the wake of interest rate cuts by the Central Bank.

In a Tuesday statement, the bank decried "unhealthy" and "unrealistic" price formations in foreign exchange markets, saying they are completely detached from economic fundamentals.