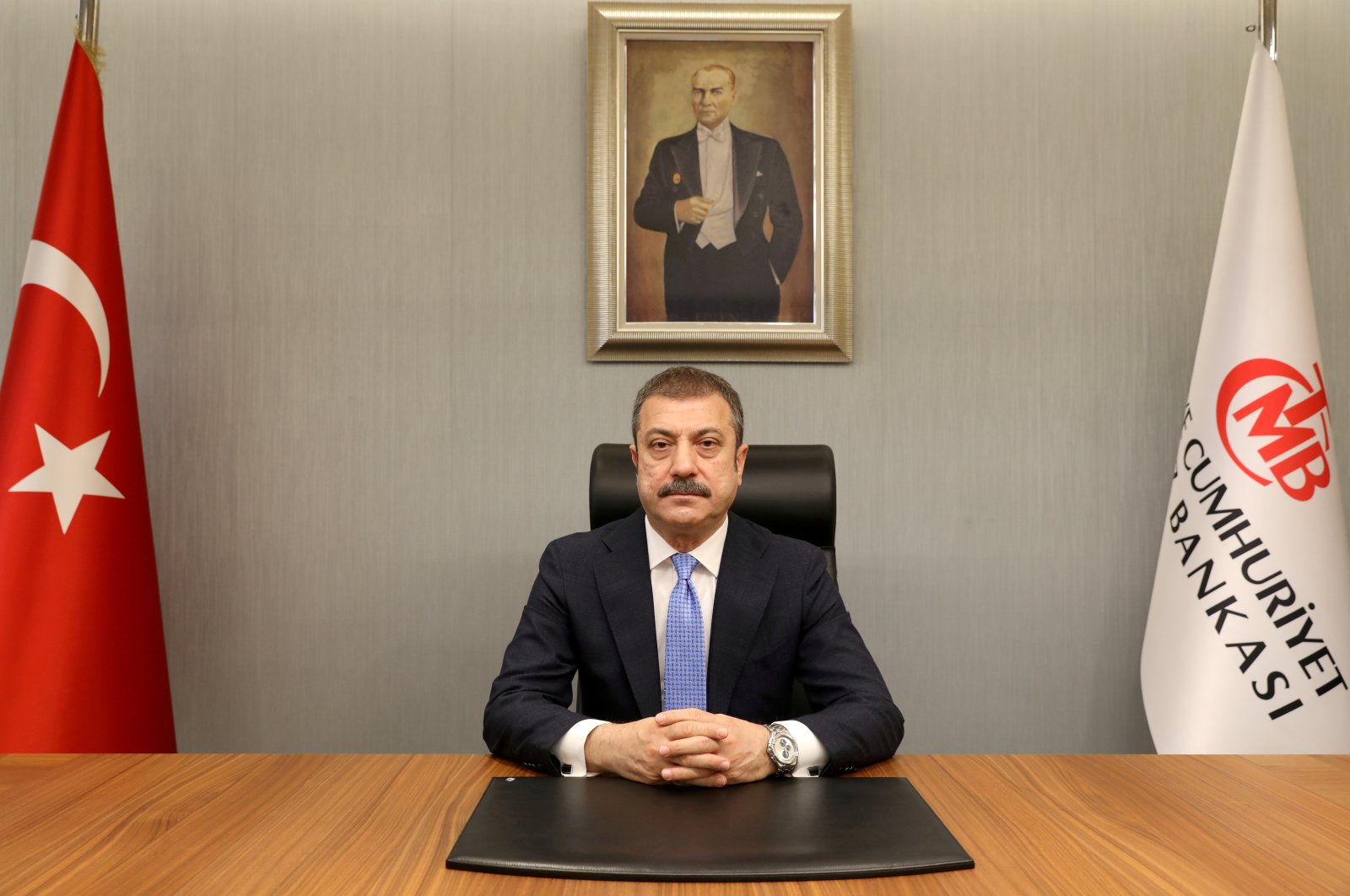 Central Bank of the Republic of Turkey (CBRT) Governor Şahap Kavcıoğlu sits at his office in the capital Ankara, Turkey, March 21, 2021. (CBRT via Reuters)
by DAILY SABAH WITH AGENCIES Apr 16, 2021 5:47 pm
RECOMMENDED

Turkey’s new central bank governor Friday shed light on the use of foreign currency reserves over the past two years, saying that the monetary authority conducted forex transactions within the market conditions.

All transactions took place at market prices and no bank or firm received “privileged” treatment, Central Bank of the Republic of Turkey (CBRT) Governor Şahap Kavcıoğlu was cited as saying by Anadolu Agency (AA).

The governor’s remarks came after main opposition Republican People’s Party (CHP) lawmakers questioned what they say was $128.3 billion (TL 1.04 trillion) of the central bank’s reserves that were sold via state banks in 2019 and 2020, during the period of former Treasury and Finance Minister Berat Albayrak, and how the sales were managed.

President Recep Tayyip Erdoğan himself earlier defended the policies by Albayrak, saying they helped Turkey to ride out coronavirus pandemic-related shocks, slamming the CHP campaign over his forex reserve policies.

The president denied that the reserves were mismanaged, stressing that measures were needed against the financial fluctuations that emerged internationally along with the outbreak.

“That money is in this nation’s treasury and the central bank,” Erdoğan said last month. “There is nothing lost. Thank God, our foreign currency reserves have started to recover.”

Installed last month, Kavcıoğlu said none of the bank’s assets were lost.

“The forex transactions in question were conducted via transaction platforms within the framework of the market conditions and prices of that day,” he said.

“It is not the case that any privileged forex transaction was made with any section, bank or firm.”

Kavcıoğlu added that the bank had signed a protocol with the Treasury Ministry in 2017 to coordinate forex purchases and sales, which had helped prevent unhealthy price formations and maintain a supply-demand balance in financial markets.

Along with Erdoğan, other ruling Justice and Development Party (AK Party) lawmakers have also staunchly defended the sales, saying they helped support the economy during an extraordinary period.

Turkey’s total gross reserves, including gold and money held by the central bank on behalf of commercial banks, declined more than 15% since the beginning of last year to $89.3 billion in April.