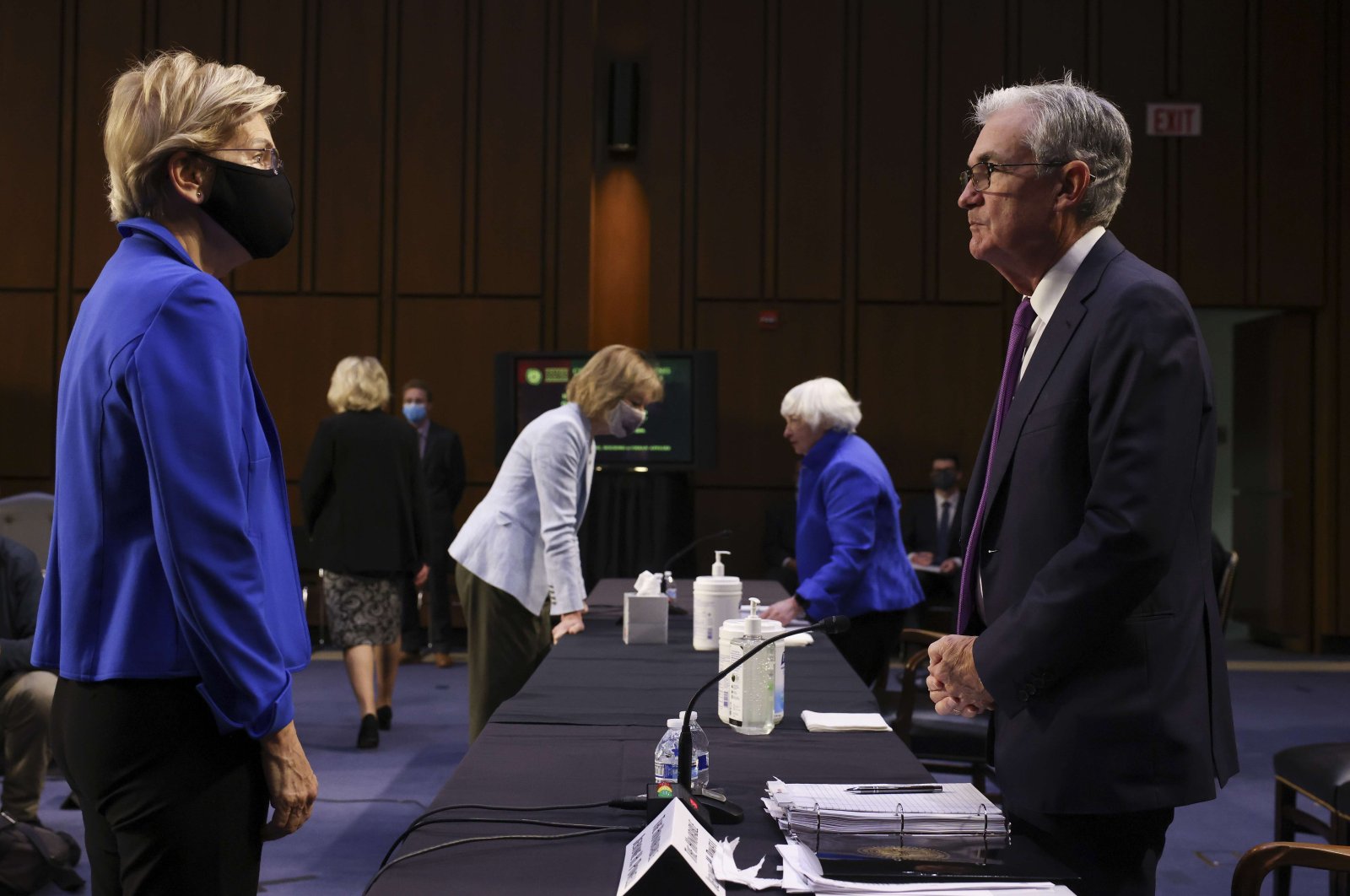 A top Senate Democrat on Tuesday said she would vote against the reappointment of Jerome Powell as chair of the U.S. Federal Reserve (Fed), calling him a “dangerous man” to lead the central bank.

Powell faced an uncharacteristically hostile congressional hearing on Tuesday in which lawmakers demanded more action in response to perceived lapses over everything from ethics and diversity to inflation and financial regulation.

Senator Elizabeth Warren, a long-time critic of the Fed’s oversight of Wall Street and member of the committee that reviews appointments to the Fed board, said having Powell appointed to a second term as the central bank’s chief is “not a risk worth taking.”

“Renominating you means gambling that ... a Republican chair who has regularly voted to deregulate Wall Street won’t drive this economy over a financial cliff again,” Warren said during a hearing by the Senate Banking Committee. “I just don’t think that’s a risk worth taking.”

“Your record gives me grave concern,” the Massachusetts Democrat said. “You have acted to make our banking system less safe, and that makes you a dangerous man to head up the Fed and that is why I will oppose your renomination.”

Powell did not respond.

Warren suggested that under Powell the Fed had watered down post financial-crisis bank regulations and weakened the U.S. banking system.

She said deregulation moves could trigger a meltdown in financial markets similar to the one the U.S. experienced during the 2008-09 crisis.

She called Powell “lucky” that banks thus far had been able to avoid major problems.

“So far, you’ve been lucky,” she said. “But the 2008 crash shows what happens when the luck runs out,” Warren said.

“The seeds of the 2008 crash were planted years in advance by major regulators like the Federal Reserve that refused to rein in big banks. I came to Washington after the 2008 crash to make sure nothing like that would ever happen again.”

Warren is the highest-profile Democrat with a say on his confirmation to come out against Powell.

Powell’s first four-year term ends in February. The White House has not yet announced a decision on whether to reappoint him or choose an alternative.

For Powell, his appearance before the committee – notionally to discuss the Fed’s response to the coronavirus pandemic – was the latest chapter in one of the choppier stretches he has endured as the central bank’s chief.

On Monday, two of the Fed’s 12 regional reserve bank presidents announced their departures, weeks after they were revealed to have been active investors.

Powell has launched a sweeping review of the rules governing Fed officials’ financial dealings as a result, but it has not stopped the drumbeat of critics who say he should have acted more forcefully.

Another Democratic Senator, Raphael Warnock from Georgia, said: “This is a blow to the image of the central bank.” He asked Powell about what steps he is taking to protect the “impartiality” of the Fed.

And Republican Senator Steve Daines of Montana asked if Powell would agree to subjecting the heads of the quasi-private regional reserve banks to the Freedom of Information Act to allow for greater public scrutiny of their activities, something Powell said he would like to “reflect on.”

Powell said the central bank is also examining the trades done by regional Fed presidents to make sure they were legal and in compliance with current ethics guidelines.

“Even if it appears to be the case that these trades were in compliance with existing rules, that just tells you the problem is the rules and the practices and the disclosure needs to be improved,” Powell said in response to Warnock’s question. “We will rise to this moment and address this.”

Tuesday’s hearing was a decidedly chillier environment than Powell has typically faced on Capitol Hill since taking over as Fed chair in early 2018.

Powell has gone to greater lengths than his predecessors to cultivate relationships with Congress, an effort that insulated him early on when he faced the wrath of the man who appointed him, former President Donald Trump.

In addition to the ordeal over trading by Fed officials, lawmakers questioned Powell’s rationale that inflation – running at roughly twice its targeted 2% pace – was “transitory” and pressed him on the Fed’s “dismal failure” to improve diversity in its ranks.

Powell said diversity was a “high priority” and, in response to a question from committee Chairman Brown, said he would welcome the appointment of a Black woman for the first time to the Fed’s seven-member Board of Governors.

The next chapter of the leadership of the Fed remained in focus during the entire proceeding.

“You know Chair Powell, the elephant in the room is whether you are going to be renominated for a second term as Fed chair,” Warren said before announcing she would vote against him if he were reappointed by President Joe Biden.

The Biden administration has not announced a decision on whether to reappoint Powell nor on a slate of other vacancies and pending openings on the Fed board.

One board seat is currently empty and both vice chair positions – for financial regulation and monetary policy – will come open between October and January.

The White House would not comment on Warren’s remarks but some outside observers lowered their expectations that Powell will be renominated.

“Confidence in the likelihood of reappointment ebbed a bit as time passed with no action from the White House, weakened some further when the controversy over trading by Dallas Fed President Kaplan and Boston Fed President Rosengren threatened to contaminate Powell, and took a dive today as Senator Warren went for the jugular, describing him as a ‘dangerous man,’" Evercore ISI Vice Chairman Krishna Guha wrote.