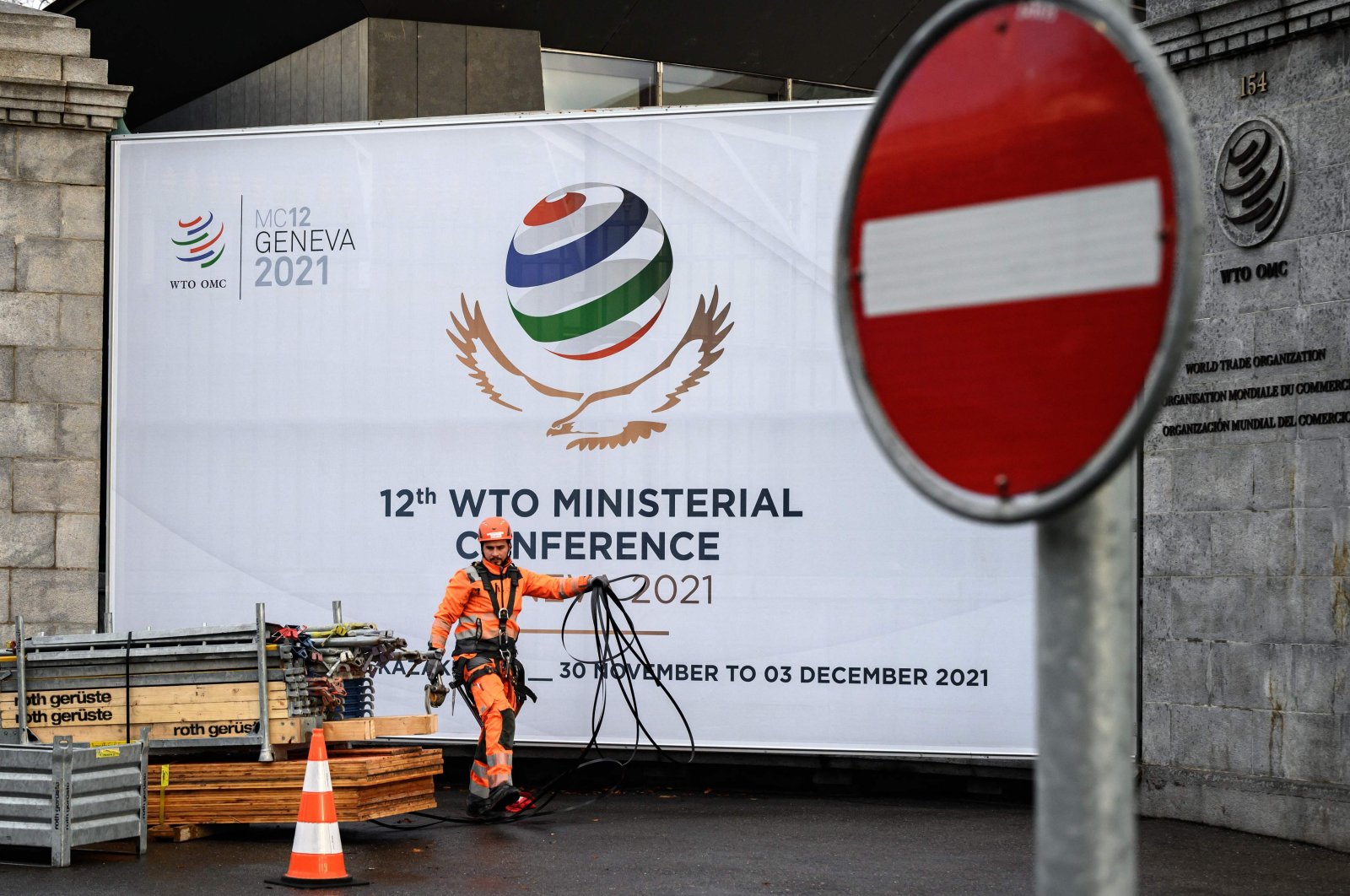 A worker removes fences next to the entrance of the World Trade Organization (WTO) headquarters after next week's WTO ministerial conference, the global trade body's biggest gathering in four years, was postponed at the last minute due to the new omicron COVID-19 variant, Geneva, Switzerland, Nov. 27, 2021. (AFP Photo)
by German Press Agency - DPA Nov 27, 2021 12:14 pm

The World Trade Organization (WTO) postponed for a second time a major conference that was planned to be held next week in Geneva. The latest postponement comes after governments around the world imposed travel restrictions due to a new and particularly transmissible variant of COVID-19.

The EU Trade Ministers' Consultations on the Ministerial Conference of the WTO has been postponed indefinitely, the WTO said on Friday night, after countries including Switzerland suspended passenger flights from seven southern African countries to contain the potentially more dangerous coronavirus strain.

Trade ministers had planned to negotiate on several pressing issues, including relaxing vaccine patents, eliminating harmful fishery subsidies and WTO reforms, as of Tuesday. The conference was set to run until Dec. 3.

The delay is the second time the meeting has been postponed because of the pandemic, as it was originally scheduled for June 2020.

"It is better to err on the side of caution," said WTO Director-General Ngozi Okonjo-Iweala.

The conference was planned as a hybrid event, with attendees able to come to Geneva or join online. Many still wanted to attend in person and would have been disadvantaged by the new restrictions, Okonjo-Iweala said.