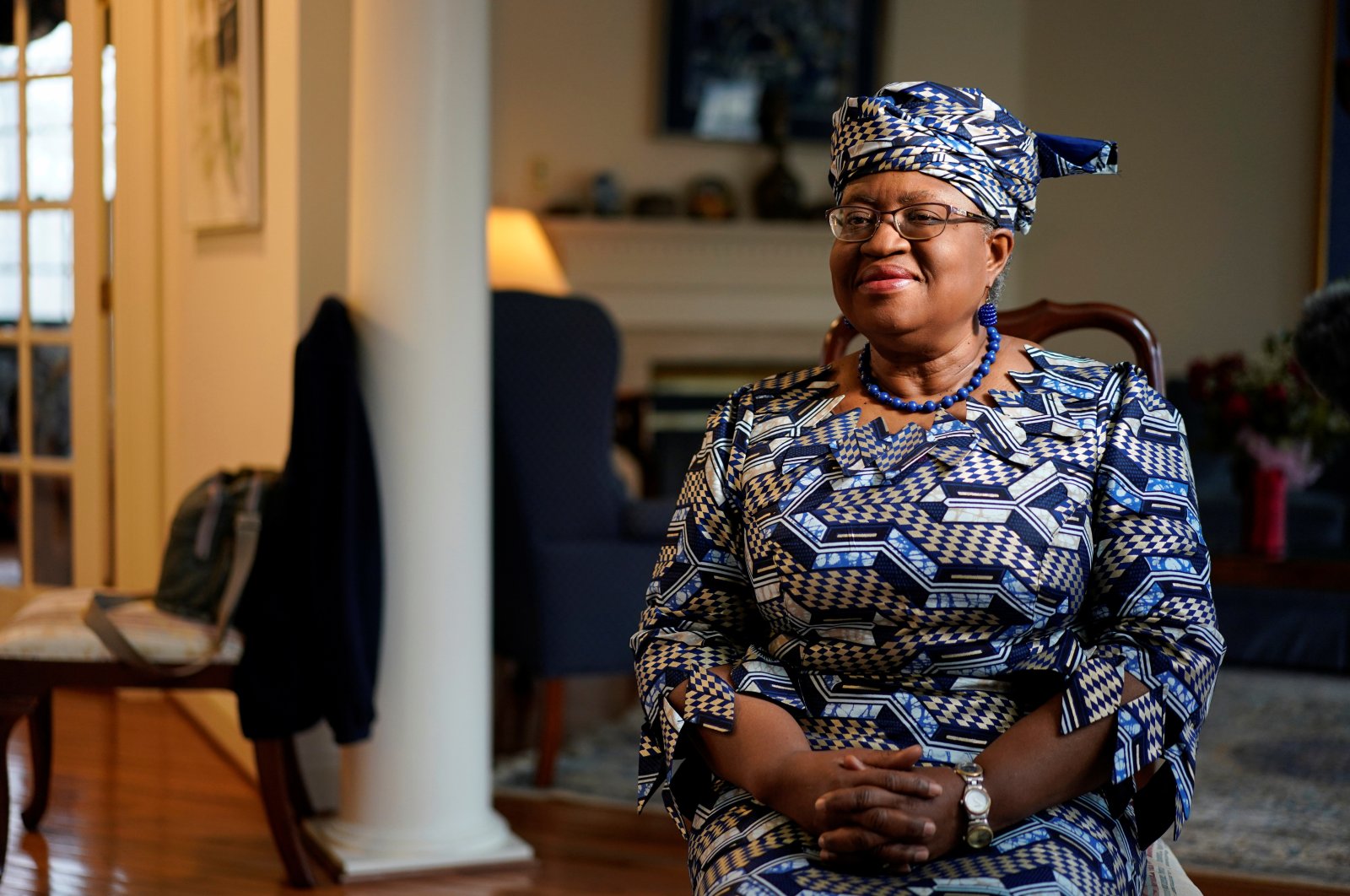 Nigerian economist Ngozi Okonjo-Iweala was appointed Monday to head the World Trade Organization (WTO), becoming the first female and first African to take on the role amid rising protectionism and disagreement over how the body decides cases involving billions in sales and thousands of jobs.

Okonjo-Iweala, 66, was named director-general by representatives of the 164 countries that make up the WTO, which deals with the rules of trade between nations based on negotiated agreements.

She said during an online news conference that she was taking over at a time when the WTO “is facing so many challenges, and it’s clear to me that deep and wide-ranging reforms are needed ... it cannot be business as usual.”

Her first priority would be quickly addressing the economic and health consequences of the COVID-19 pandemic, such as by lifting export restrictions on supplies and vaccines and encouraging the manufacturing of vaccines in more countries. Other big tasks include reforming the organization’s disputed resolution process and finding ways for trade rules to deal with change such as digitalization and e-commerce.

She takes over after four turbulent years in which U.S. President Donald Trump used new tariffs, or import taxes, against China and the European Union to push his America First trade agenda.

“It will not be easy because we also have the issue of lack of trust among members which has built up over time, not just among the U.S. and China and the U.S. and the EU ... but also between developing and developed country members, and we need to work through that,” she said.

“All credit to members for electing me and making that history, but the bottom line is that if I want to really make Africa and women proud I have to produce results, and that’s where my mind is at now.”

The appointment, which takes effect March 1, came after U.S. President Joe Biden endorsed her candidacy, which had been blocked by Trump. Biden’s move was a step toward his aim of supporting cooperative approaches to international problems after Trump’s go-it-alone approach that launched multiple trade disputes.

But unblocking the appointment is only the start in dealing with U.S. concerns about the WTO that date to the Obama administration. The United States had blocked the appointment of new judges to the WTO’s appellate body, essentially freezing its ability to resolve extended and complex trade disputes.

The U.S. government has argued that the trade organization is slow-moving and bureaucratic, ill-equipped to handle the problems posed by China’s state-dominated economy and unduly restrictive on U.S. attempts to impose sanctions on countries that unfairly subsidize their companies or export at unusually low prices.

Okonjo-Iweala has been Nigeria’s finance minister and, briefly, foreign minister, and had a 25-year career at the World Bank as an advocate for economic growth and development in poorer countries.

She rose to the No. 2 position of managing director, where she oversaw $81 billion in development financing in Africa, South Asia, Europe and Central Asia. In 2012 she made an unsuccessful bid for the top post with the backing of African and other developing countries, challenging the traditional practice that the World Bank is always headed by an American.

She has a bachelor’s degree in economics from Harvard University and a Ph.D. in regional economics and development from the Massachusetts Institute of Technology (MIT).

South Korean trade minister Yoo Myung-hee had withdrawn her candidacy, leaving Okonjo-Iweala as the only choice. Her predecessor, Roberto Azevedo, stepped down Aug. 31, a year before his term expired.

Trump repeatedly accused the WTO of unfair treatment of the U.S., started a trade war with China in defiance of the WTO system, and threatened to pull the U.S. out of the trade body altogether. Trump also imposed 25% steel and aluminum tariffs that hit European allies on national security grounds, a justification that went beyond trade measures normally used within the WTO rules framework.

So far, Biden has not said whether the U.S. will unblock the appellate appointments, and he has not withdrawn the steel tariffs either, which are backed by industry and union groups.

Chad P. Bown, a senior fellow at the Peterson Institute for International Economics, said unblocking Okonjo-Iweala’s appointment was “a very good first step” in reengaging with the WTO, “but that’s the easy one. The rest are hard.”

In particular, the WTO faces “a ticking time bomb” in the form of other countries’ challenges to Trump’s use of national security as a justification for imposing tariffs, a little-used provision in U.S. law rejected by key U.S. trading partners in Europe.

Bown said any decision would be a lose-lose dilemma for the WTO. Ruling against Trump’s move could provide a rallying cry for WTO skeptics in the U.S., while a ruling in favor could lead to other countries using national security justifications as well.

And that “opens a giant loophole in the trading system whereby all rules are meaningless,” Bown said. Biden’s administration, therefore, has an incentive to take the dispute off the table before a decision, expected this summer.

“If you’re the Biden administration what you want to do is settle this thing, so you don’t put the WTO in this awkward position,” Bown said.

In a statement, the Foreign Ministry emphasized that Okonjo-Iweala has “rich experience” in the fields of economy and diplomacy stemming from her previous positions including as finance minister and foreign minister of Nigeria as well as vice president of the World Bank.

The ministry congratulated Okonjo-Iweala, adding it believes the new world trade body chief will demonstrate “outstanding success” also in her work at the WTO.

“On this occasion, we reiterate our support for the rules-based multilateral free trade system,” the statement read.

“The WTO, as an institution, is in need of reform, and progress in that direction will be in the interests of all members irrespective of their level of development. We see benefit in the swift conclusion of the work on enhancing the Dispute Settlement Body and accelerating negotiations, first and foremost those related to the advancement of development issues, creating fairer conditions in the agriculture sector and fisheries subsidies,” it added.