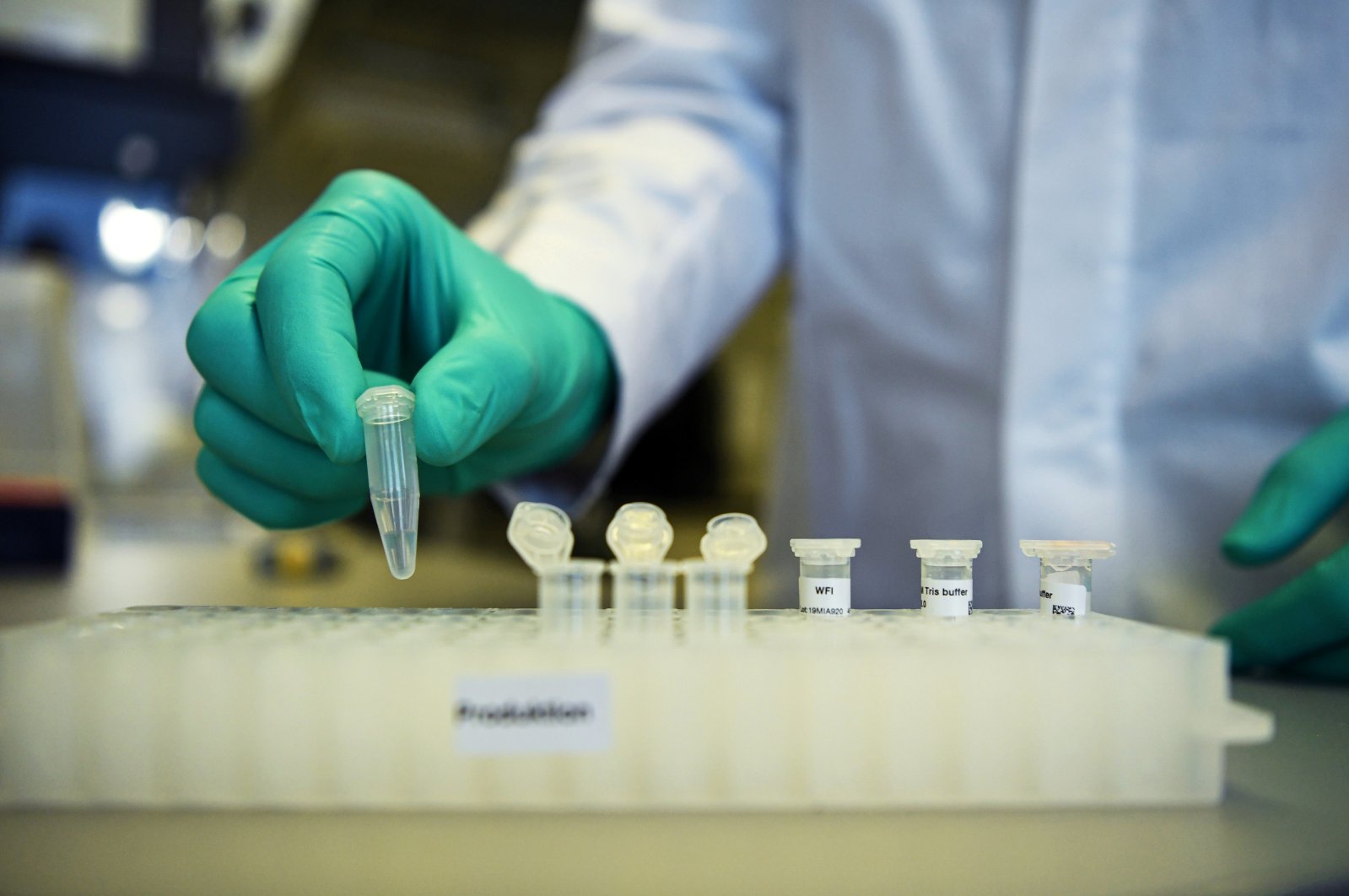 An employee of the German biopharmaceutical company CureVac, demonstrates research workflow on a vaccine for the coronavirus (COVID-19) disease at a laboratory in Tuebingen, Germany, March 12, 2020. (Reuters Photo)
by French Press Agency - AFP Jun 17, 2020 3:22 pm
RECOMMENDED

In a statement, it said it had given CureVac the green light based on "a careful assessment of the risk/benefit profile of the vaccine candidate."

Globally, there are now 11 coronavirus vaccines being tested on humans, according to the World Health Organization (WHO).

CureVac's milestone comes just two days after the German government said it was spending 300 million euros to take a 23% stake in the firm, in an apparent attempt to stop it from ending up in foreign hands.

According to German media, CureVac is planning a listing on the New York-based Nasdaq stock exchange next month.

CureVac already made headlines earlier this year on reports that Donald Trump had sought to secure exclusive rights for the United States to a potential coronavirus vaccine by the Tuebingen-based biotech company.

Both the firm and U.S. officials denied the claim, but the reports sparked outrage in Berlin and prompted Economy Minister Peter Altmaier to declare that "Germany is not for sale."

CureVac is the second German company to move to the trial phase after the Paul Ehrlich Institute in April authorized clinical tests for a vaccine against COVID-19 being developed by Germany's Biontech with U.S. giant Pfizer.

Both German hopefuls are using a new technology based on mRNA, a type of genetic material never before used to make a vaccine.

The process entails injecting a short sequence of viral genetic material to trigger an immune response by producing proteins acting against the virus.

CureVac's trial will involve 168 healthy volunteers, of whom 144 will be injected with the experimental vaccine starting this month.

The Paul Ehrlich Institute said it expects more vaccine candidates to start clinical trials in Germany "in the next few months."

"Combating the pandemic will require more than one vaccine product in order to ensure sufficient supplies," it added.

Germany recently teamed up with France, Italy and the Netherlands to secure supplies for the European Union of a vaccine under development by AstraZeneca and Britain's Oxford University, seen as a leading contender in the battle against the deadly virus.