Global economy 'not out of the woods yet,' IMF chief warns 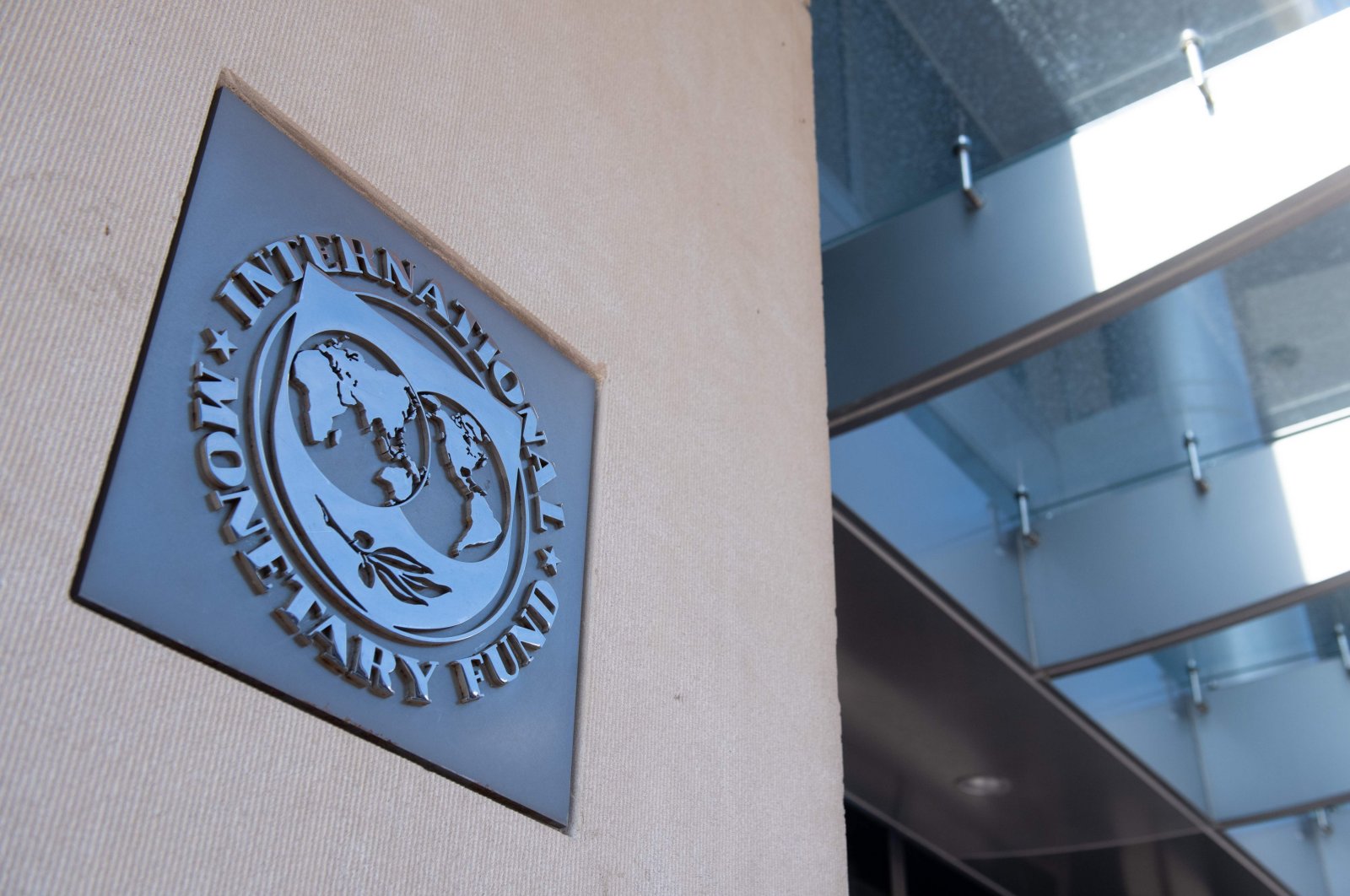 A sign is seen outside the headquarters of the International Monetary Fund (IMF) as the IMF and World Bank hold their Spring Meetings virtually due to the outbreak of COVID-19, known as coronavirus, in Washington, D.C., April 15, 2020. (AFP Photo)
by French Press Agency - AFP Jul 16, 2020 11:52 am
RECOMMENDED

Despite some signs of recovery, the global economy faces continued challenges, including the possibility of a second wave of COVID-19, and governments should keep their support programs in place, International Monetary Fund (IMF) chief Kristalina Georgieva said Thursday.

Activity "has started to gradually strengthen... But we are not out of the woods yet," Georgieva said in a message to G-20 finance ministers ahead of their weekend meeting in Saudi Arabia.

The Washington-based crisis lender late last month downgraded its growth forecasts, and now expects global gross domestic product (GDP) to fall by 4.9% this year due to the deeper contraction during lockdowns than previously anticipated, and only a "tepid recovery is expected for next year."

The $11 trillion in stimulus provided by the G-20 nations helped to prevent a worse outcome, but "these safety nets must be maintained as needed and, in some cases, expanded," Georgieva urged in a blog post.

She highlighted measures including paid sick leave for low-income families and access to health care and unemployment insurance.

But the recovery faces risks, she said, including the possibility of "a second major global wave of the disease could lead to further disruptions."

While she acknowledged that the "substantial and rising debt levels are a serious concern," Georgieva said, "At this stage in the crisis, however, the costs of premature withdrawal are greater than continued support where it is needed."

Many countries have moved to reopen, so, "Clearly, we have entered a new phase of the crisis," she said in a blog post, adding it will require "further policy agility and action to secure a durable and shared recovery."

Many jobs that have been lost amid the pandemic may never come back, so workers will need support and training to move into new sectors.

"The bottom line is that the pandemic is likely to increase poverty and inequality," she said but noted that policymakers have "a once-in-a-century shot" at building a better, greener and more equitable world.