London's financial workers 'back to getting crushed on train' 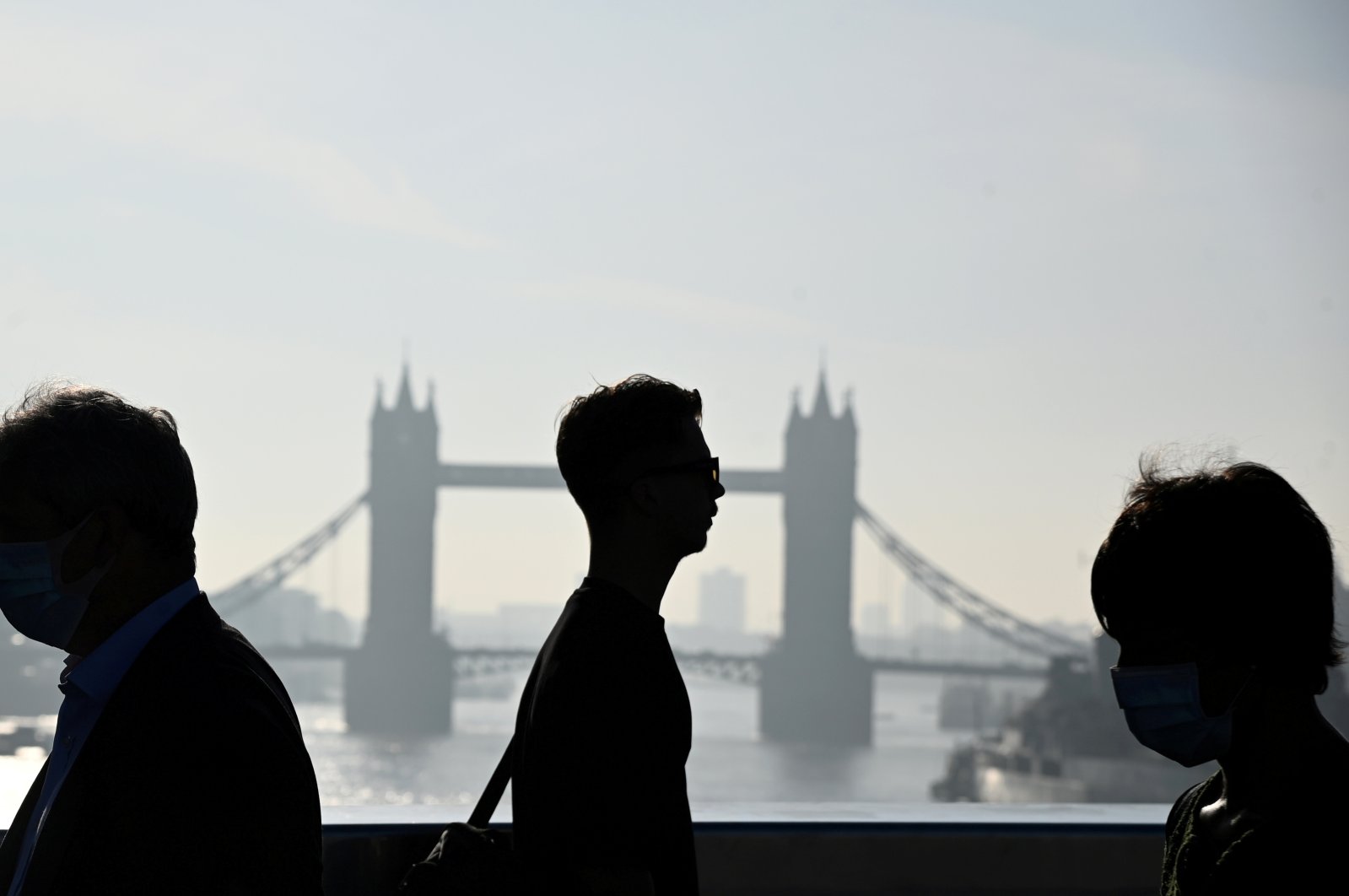 Tower Bridge is seen in the background as workers cross London Bridge during the morning rush hour in London, Britain, Sept. 8, 2021. (Reuters Photo)
by Reuters Sep 09, 2021 10:41 am
RECOMMENDED

The sense of normalcy after the worst of the pandemic in the United Kingdom is now pushing London's financial sector to encourage employees to return to their old office lives, with some even offering free perks, including food and social events.

It seems to be working; London's transport operator said this week it recorded its busiest day since the pandemic hit in March 2020, as workers filled once-deserted trains into the capital's twin financial districts of the City and Canary Wharf.

Canary Wharf Group, which runs that district, also said it was busier than at any time since last March. Crowds of office staff thronged its plazas, while City workers bustled on London Bridge and lounged by Tower Bridge in the resurgent September sun.

"It feels like London offices post the summer-holiday period should be starting to get back to normal in September and October," said Ian Williams, who works at investment bank Peel Hunt and was travelling back into his office in the City of London this week for the first time.

Indeed Standard Chartered said that about 33% of staff were in the office this week, up from 20% last week and from a few dozen during lockdowns this year and last.

The bank is among those getting creative in rewarding staff who make it into the office, in its case by providing free food.

The investment bank said around 3,000 workers came in to its Plumtree Court offices in London's City this week. That was roughly 50% capacity, and up six times from the peak of lockdowns when the bank operated with just 400-500 staff in per day, it added.

Daily occupancy at HSBC's headquarters in Canary Wharf rose to 1,800 people out of a possible 3,500 this week, from a recent average of 1,000-1,500, the bank told Reuters, and more are expected to join the crowd in the next few weeks.

There's no such thing as a free lunch there, though.

The bank has not prioritized offering incentives like free food, its U.K. CEO Ian Stuart told Reuters, in recognition of the fact that some 10,000 branch staff have come in to work every day through the pandemic without such lures.

"We are trying to communicate very effectively that the offices are safe, the first hurdle is getting people to come in and try it and more and more are doing that," he said.

'Back to getting crushed on train'

A similar office influx is happening in the United States, albeit cautiously amid fears about the spread of the delta coronavirus variant. Citigroup expects staff to come back to offices in New York and other big cities two days a week from Sept. 13, but only if they have been vaccinated.

Senior executives face a tricky task in encouraging staff back to work at a time when cases of COVID-19 are still on the rise in Britain and commuter trains above and below ground are baking under near-record temperatures for September.

"It's a bit crazy, suddenly we're back to getting crushed on the train and not everyone is wearing a mask," Rob, who works for a financial firm, told a Reuters reporter on Tuesday on a train into London's City district.

"I'd had enough of sitting at home, to be honest."

Investment bank executives have been among the most vocal on the need for staff to return to the office.

They hope that the novelty of office working after a year and half at home, plus the lure of mingling with senior executives who might open the door to promotion, will outweigh health concerns among young City staff.

JPMorgan has seen about 35% of its staff in its Canary Wharf office this week, the highest proportion since the first U.K. lockdown began and a number it expects to rise.

Other companies are poised to follow suit, including retail bank NatWest, which is planning a phased return from next week starting with 50% occupancy in its offices in England and Scotland.

Insurer Phoenix Group has adopted another novel strategy for helping staff readjust to returning to its offices, including in the City.

It has run "safely social events" this week, where employees were offered free food and soft drinks as well as colored lanyards to show how comfortable they were with levels of interaction – ranging from "I'm keeping my distance" to "I'm OK with high-fives."