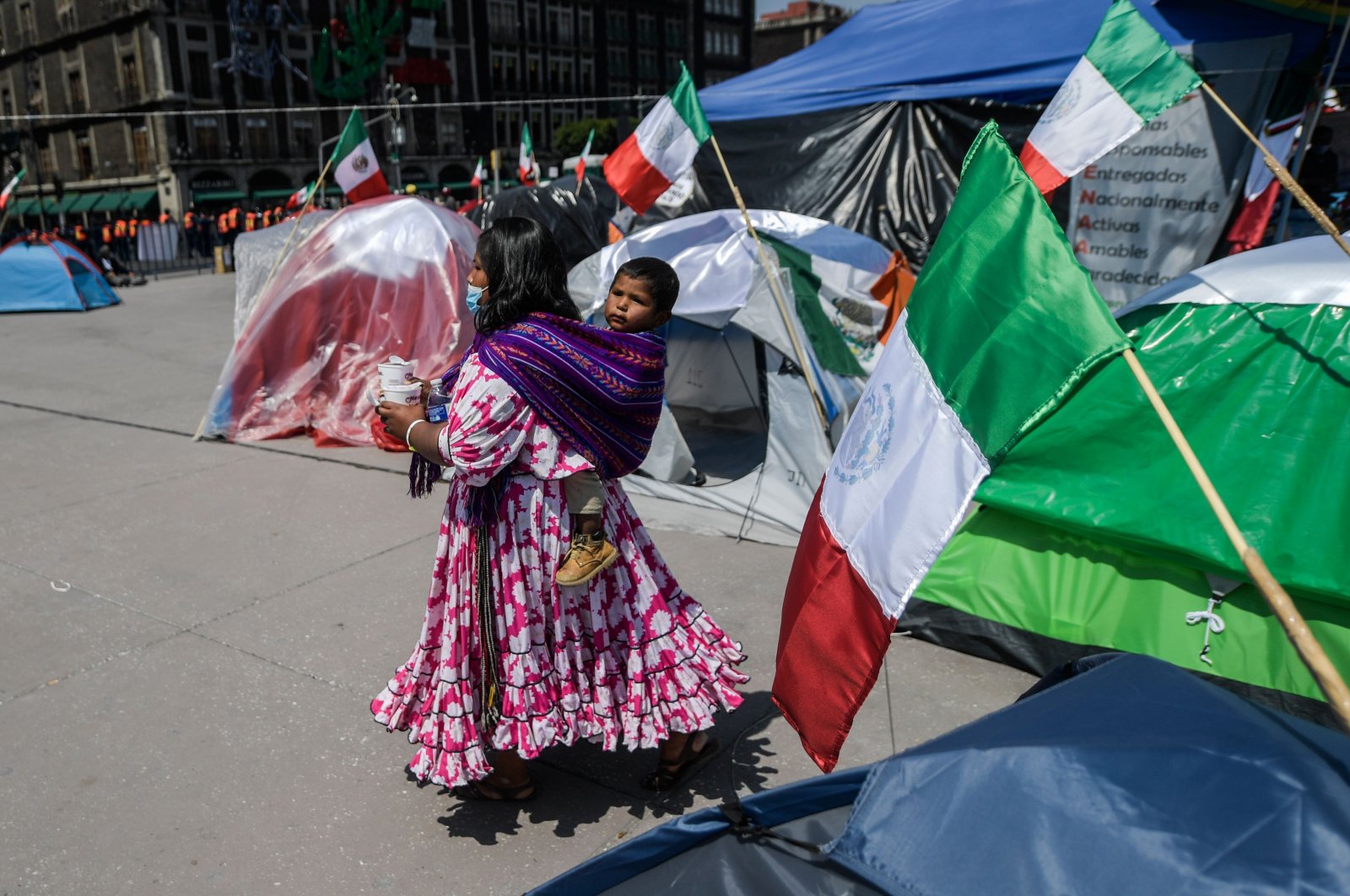 A woman of the Raramuri ethnic group walks amid tents set up by members of the National Front Anti-AMLO to protest against Mexican President Andres Manuel Lopez Obrador at Zocalo Square in Mexico City, on Oct. 5, 2020. (AFP Photo)
by Anadolu Agency Oct 06, 2020 10:22 am
RECOMMENDED

Mexico's president announced an economic program worth $14 billion Monday to help revive the country's economy, which has been hit hard by the coronavirus pandemic.

During a press conference, Andres Manuel Lopez Obrador revealed an infrastructure investment plan involving 39 joint public-private infrastructure projects, seven of which were already set in motion in December 2019 with the rest to start at the beginning of next year.

The seven ongoing projects are worth a total of $1.78 billion, all of which involve highways and road development. The remaining 32, representing around $12.1 billion, will encompass projects in communications, energy, water and the environment.

The investments will mostly come from the private sector.

"To achieve an equitable economic revival, we must center our efforts in all of the different sectors of the country but focus on the less fortunate," said Carlos Salazar, a businessperson and president of the influential Business Coordinating Council (CCE).

More than a million jobs have been lost in Mexico due to the COVID-19 pandemic.

During the press conference, Obrador said that over 200,000 jobs had been created since last August.

The stimulus package is expected to have an impact in the short run with the creation of between 185,000 and 190,000 jobs once the investments go through.

According to the Ministry of Economy, the investment will represent 22% of the country's gross domestic product (GDP), while at the moment, the initial investment represents 1% of total GDP.