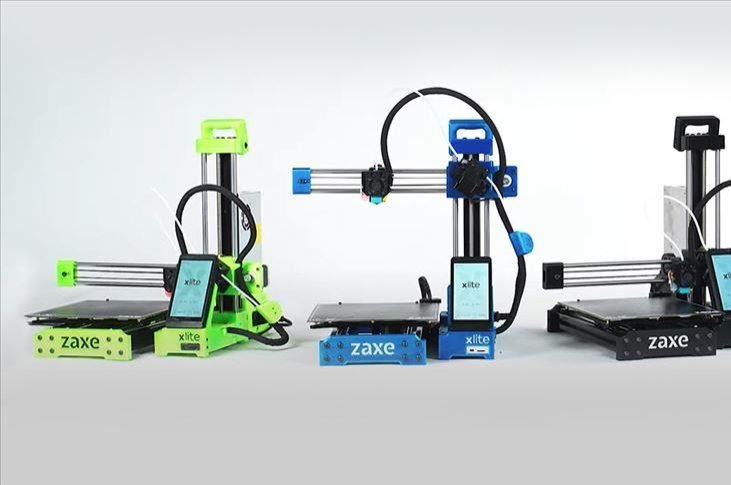 The demand for 3D printers is on the rise amid the coronavirus pandemic as they are being used to produce safety gear such as shield masks, according to a leading Turkish manufacturer.

Emre Akıncı, general manager of Zaxe, told Anadolu Agency (AA) Tuesday that the demand continued to spike in the months of May and June.

"We are facing a demand beyond expectations," Akıncı said.

Stating that users without technical knowledge can also use 3D printers easily, Akıncı said: "There are websites that offer 3D content."

He said that various design models such as toys, car spare parts and accessories can be downloaded for free from these sites.

"Downloaded models can be printed in 3D through our program named xDesktop," he added.

As of next year, he said, some companies will start offering 3D models of various products for consumers for free or for a small fee.

"3D design programs are used in the process of creating a professional design. Also, an object can be photographed and modeled in 3D printing through some mobile applications," he added.

"Our program developed by Turkish engineers, xDesktop, matches all 3D design programs in the world for free," he also said.

"Regardless of which program the design is made on, it can be printed with xDesktop," he added.

Akıncı went on to say that keeping the demand for affordable products in mind, they introduced a new 3D printer named Zaxe xlite and have received positive feedback.

"Those who have not used a 3D printer before say it is simple to set up and use the product, and 3D printing is as easy as regular printing."

"A large number of philanthropists donate to schools by purchasing products from us. 3D printers, which enable the production of everything imagined, make a significant contribution to the education of students," he added.