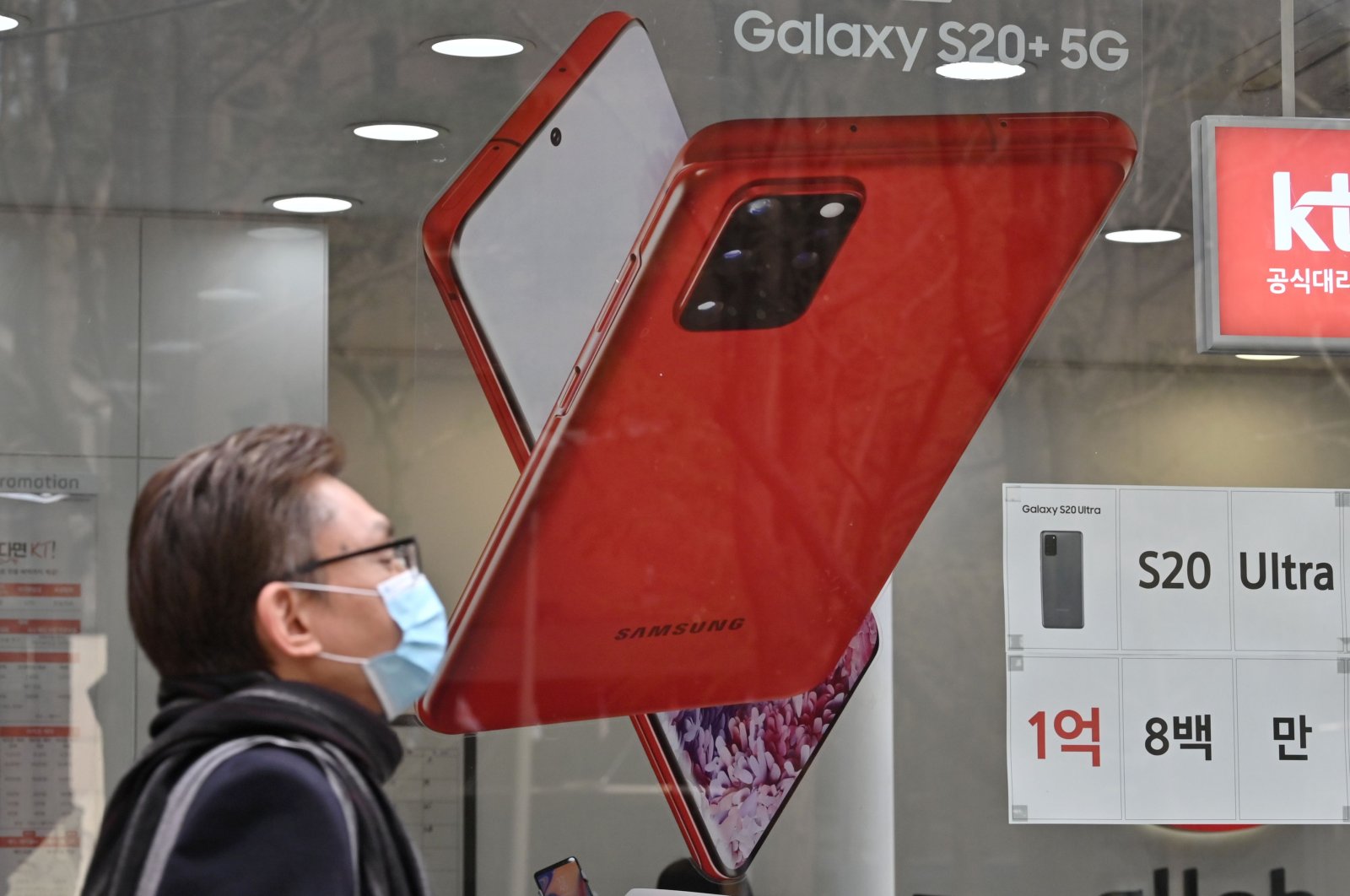 Samsung Electronics expects higher first-quarter profits, it said Tuesday, as millions of people working from home in coronavirus lockdowns turn to cloud data services, pushing up demand for its chips.

The pandemic is wreaking havoc across the global economy – Samsung itself had operations suspended at 11 overseas assembly lines as of Tuesday – and is widely expected to cause a recession.

Looking forward, analysts expect the firm's smartphone and consumer electronics businesses will be buffeted by the resulting falls in consumer demand.

But initially, changing behavior patterns among the vast numbers of people forced to stay at home around the world have generated a silver lining for the world's biggest smartphone and memory chip maker.

In the first three months, operating profits inched up 2.7% from 2019 to around 6.4 trillion won ($5.2 billion), Samsung Electronics forecast in an earnings estimate.

The figure was ahead of expectations and was based on sales of 55 trillion won, up 5% year-on-year.

"There has been a high demand for memory chips for data servers as an increasing number of people are now working from home due to the outbreak," said Tom Kang, an analyst at Hong Kong-based market researcher Counterpoint.

"We are also seeing a hike in demand for laptops because we have many companies that are not fully ready for working digitally."

It is the flagship subsidiary of the giant Samsung group, by far the largest of the family-controlled conglomerates known as chaebols that dominate business in the world's 12th-largest economy.

Shares in the firm closed up 1.8% Tuesday, having fallen nearly 20% from a record high in January amid concerns over the coronavirus pandemic and its economic repercussions.

But the wider picture for the firm is more mixed as Fitch Ratings forecast the global economy to contract 1.9% this year, with a 3.3% tightening in the U.S., triggering layoffs and dampening consumer demand.

Samsung had pinned its hopes for 2020 on a rollout of its new 5G and premium smartphones including its new folding Galaxy Z flip phone, hoping they would boost purchases.

But an industry source, who asked not to be named, said increasing uncertainty going into the second quarter would "exacerbate troubles."

Global smartphone sales dropped 14% in February year-on-year with China seeing nearly a 40% decrease, according to Counterpoint.

But the consumer electronics and IT and mobile divisions "will likely see their earnings decline", he added.

Samsung's key sales regions of North America, Asia and Europe are among the hardest-hit by the virus, said James Kang of Euromonitor.

"With suspended retail businesses, reduced shipments and weak consumer sentiment, sales in those regions could plunge dramatically in the second quarter," he said.

"A new lineup of premium products will play a key role in how successful Samsung will be in cushioning the blow."

Adding to Samsung Electronics' challenges, its vice chairman and de facto leader Lee Jae-yong is currently being retried over a sprawling corruption scandal that could see him return to prison.

He is not being held in custody during the proceedings, but a guilty verdict could deprive the firm of its top decision-maker.