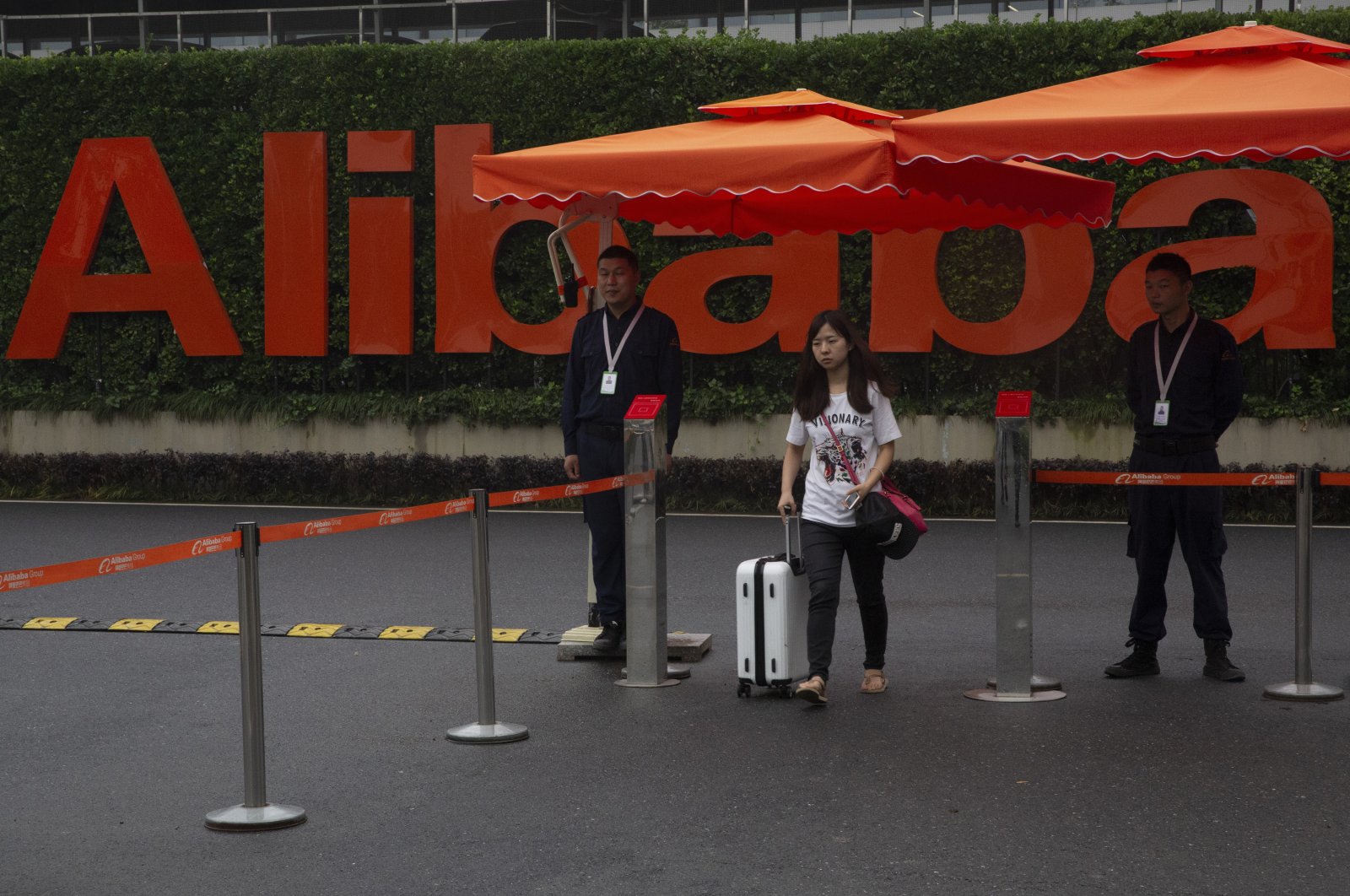 A woman pushing a trolley bag passes by security guards at the entrance to the Alibaba Group headquarters in Hangzhou, in Zhejiang province, eastern China, May 27, 2016. (AP Photo)
by ASSOCIATED PRESS Aug 08, 2021 12:27 pm
RECOMMENDED

China’s Alibaba is working with police to investigate an alleged sexual misconduct report at the company after a female employee reported she was sexually assaulted, the e-commerce giant said Sunday.

Alibaba, the country’s largest e-commerce company said in a statement that it has a “zero-tolerance policy against sexual misconduct.”

“We have suspended relevant parties suspected of violating our policies and values, and we have established a special internal task force to investigate the issue and support the ongoing police investigation,” the company said.

The investigation comes after an unidentified female employee wrote an internal post alleging her manager sexually assaulted her in a hotel room during a business trip to the city of Jinan in the eastern Shandong province, according to local media reports.

She detailed the alleged assault by her manager and a client from Jinan Hualian Supermarket, saying she was forced to drink alcohol during a dinner and that she was also molested while her manager turned a blind eye.

The female employee said complaints made to Alibaba’s human resources department were ignored.

In an internal post, Alibaba CEO Daniel Zhang said Sunday that he was “shocked, furious and ashamed” after learning about the case, according to the state-owned media outlet Global Times. Zhang vowed to fully investigate the case and make the findings available to all Alibaba employees.

The global #MeToo movement against sexual harassment has in recent years also grown in prominence in China, with accusations made against several academics, a TV anchor and celebrities, although convictions are few and far between.

In a recent case, celebrity Kris Wu was arrested in Beijing on suspicion of rape after a Chinese influencer accused him of forcing girls to drink alcohol and then sexually assaulting them.

Jinan police said in a Weibo post that they were investigating the case that involved a female Alibaba employee.

Jinan Hualian Supermarket said in a post on its WeChat account that it will cooperate with the police investigation, and that the suspect has been suspended from work while being investigated by the police.