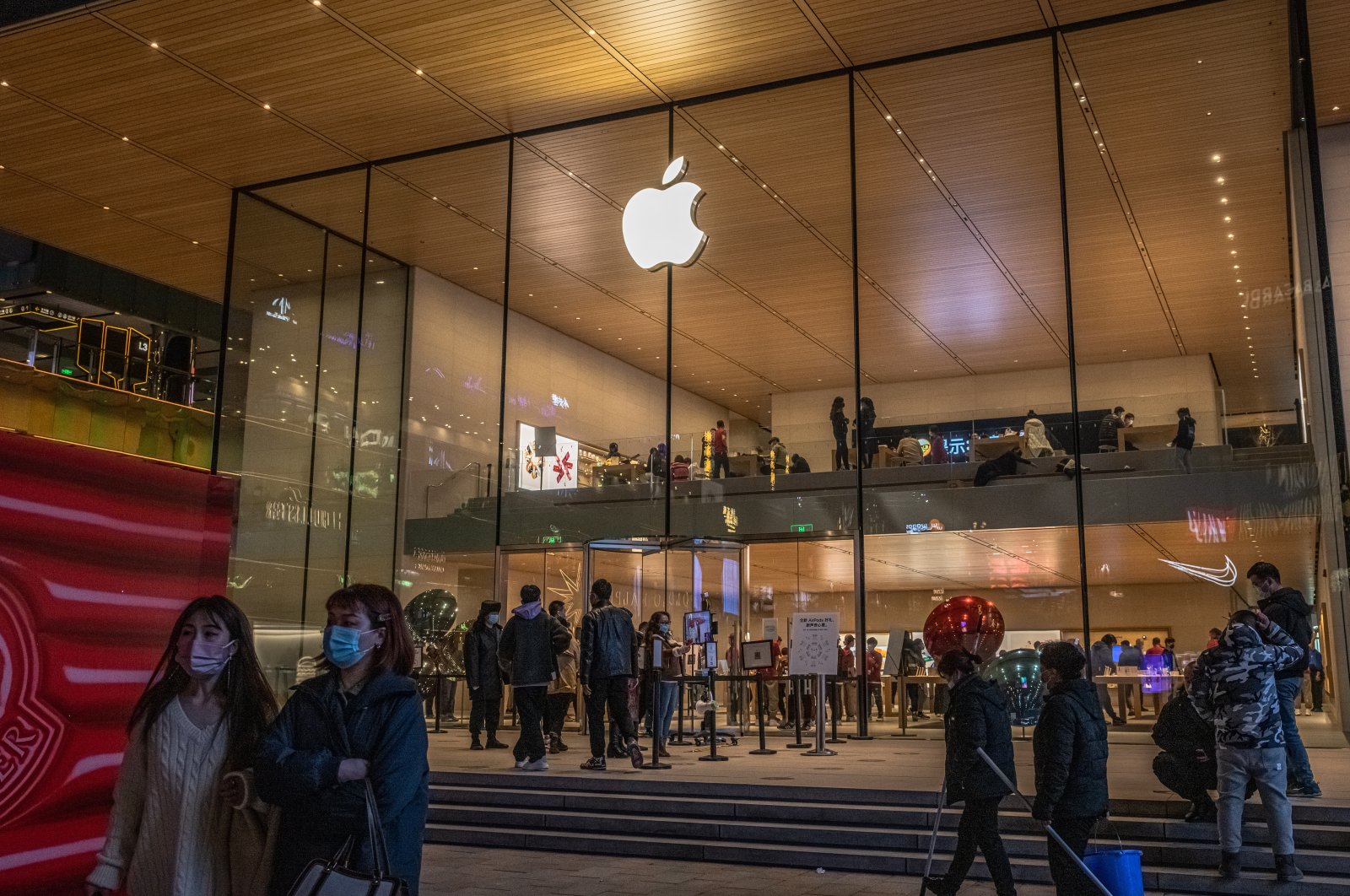 Apple neared $3 trillion in market value on Monday as its shares hovered around a new record high, bringing the iPhone maker within spitting distance of becoming the world’s first company to cross the milestone.

The milestone would make it as big as the world’s fifth largest economy after Germany, just over a year after breaching the $2 trillion mark.

Shares of the world’s most valuable company were down about 1% at $178.30 on Monday, following a stunning run over the past decade that was underpinned by the iPhone maker's top-selling product launches and a fast-growing services business.

Apple's shares have surged this year as investors remain confident that consumers will continue to shell out top dollar for iPhones, MacBooks and services such as Apple TV and Apple Music.

When Apple hits the milestone, Microsoft Corp will be the only company in the $2 trillion club, while Alphabet, Amazon and Tesla have crossed $1 trillion.

Apple's march from $2 trillion to near $3 trillion in market value took just 16 months as its stock roared higher, leading a group of megacap technology companies that benefited as people relied heavily on tech during the pandemic.

"Fed tapering and eventually tightening, along with growth concerns toward the end of 2023 helped Apple resume its role as a favorite holding for most investors."