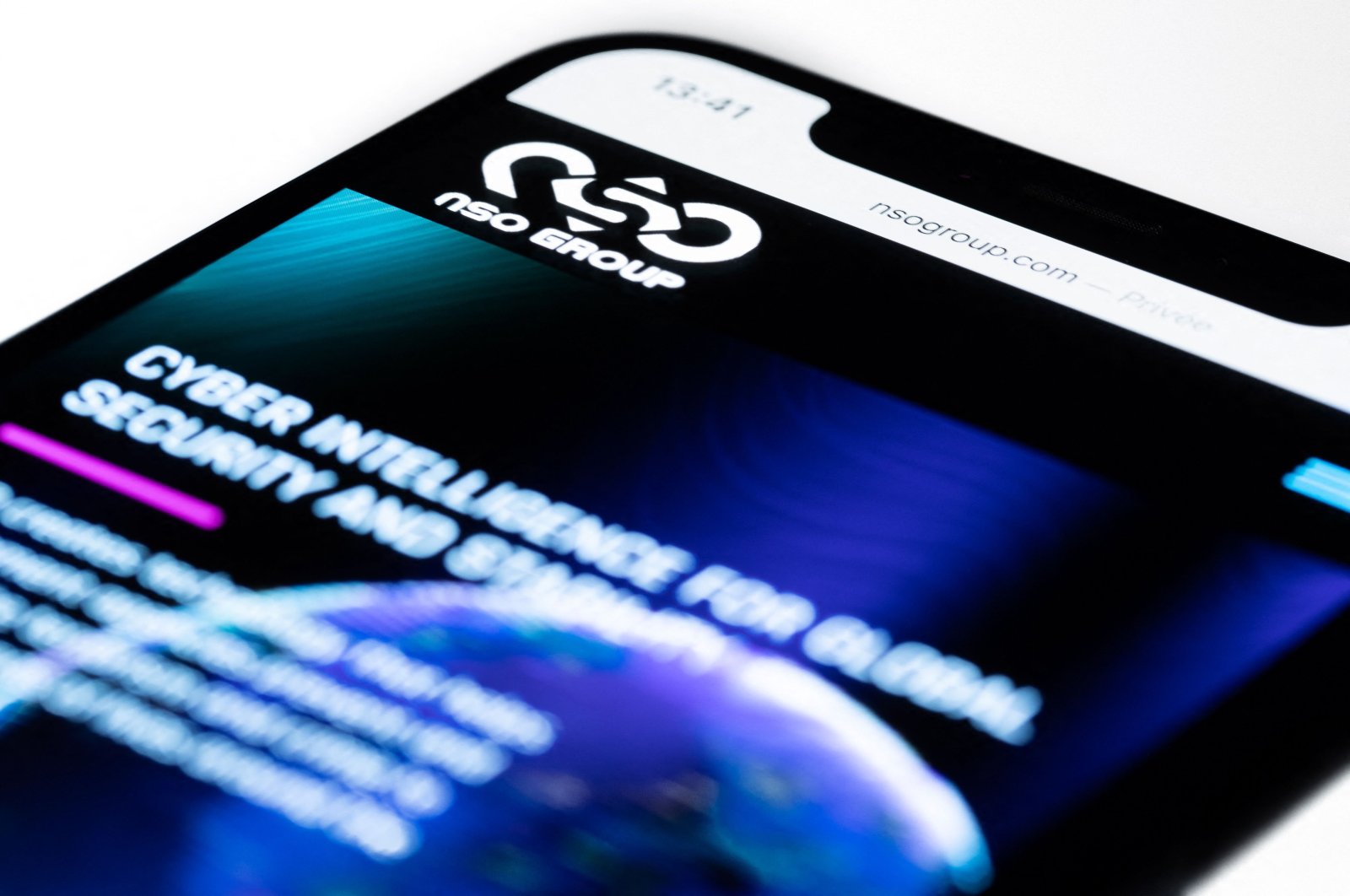 This file studio photo illustration taken on July 21, 2021, shows a smartphone with the website of Israel's NSO Group which features "Pegasus" spyware, on display in Paris. (AFP Photo)
by Agencies Nov 23, 2021 9:26 pm

Cupertino tech giant Apple said Tuesday that it has filed a lawsuit against Israeli cyber security firm NSO Group and its parent company OSY Technologies for the surveillance and targeting of Apple users with its Pegasus spyware.

The iPhone maker said it is also seeking to ban NSO Group from using any Apple software, services or devices to prevent further abuse.

NSO Group has come under fire in recent years after its software was found on the phones of rights activists, journalists, dissidents and other public figures from Mexico to Saudi Arabia. The Biden administration moved to limit the company's access to U.S. technology earlier this month, saying its tools have been used to “conduct transnational repression.”

After the U.S. announcement, NSO Group called off a leadership transition in which Itzik Benbenisti was set to take over as CEO from the company's founder, Shalev Hulio. A source within the company said Thursday that Benbenisti resigned after the transition was scrapped and before assuming the new position. The individual spoke on condition of anonymity because the company has not issued an official statement.

The Israeli government regulates NSO Group but has not said whether it uses the software. Officials have denied there was any link between the decision to outlaw the rights groups and any use of NSO software. The company says its products are used by security agencies to combat crime and terrorism.