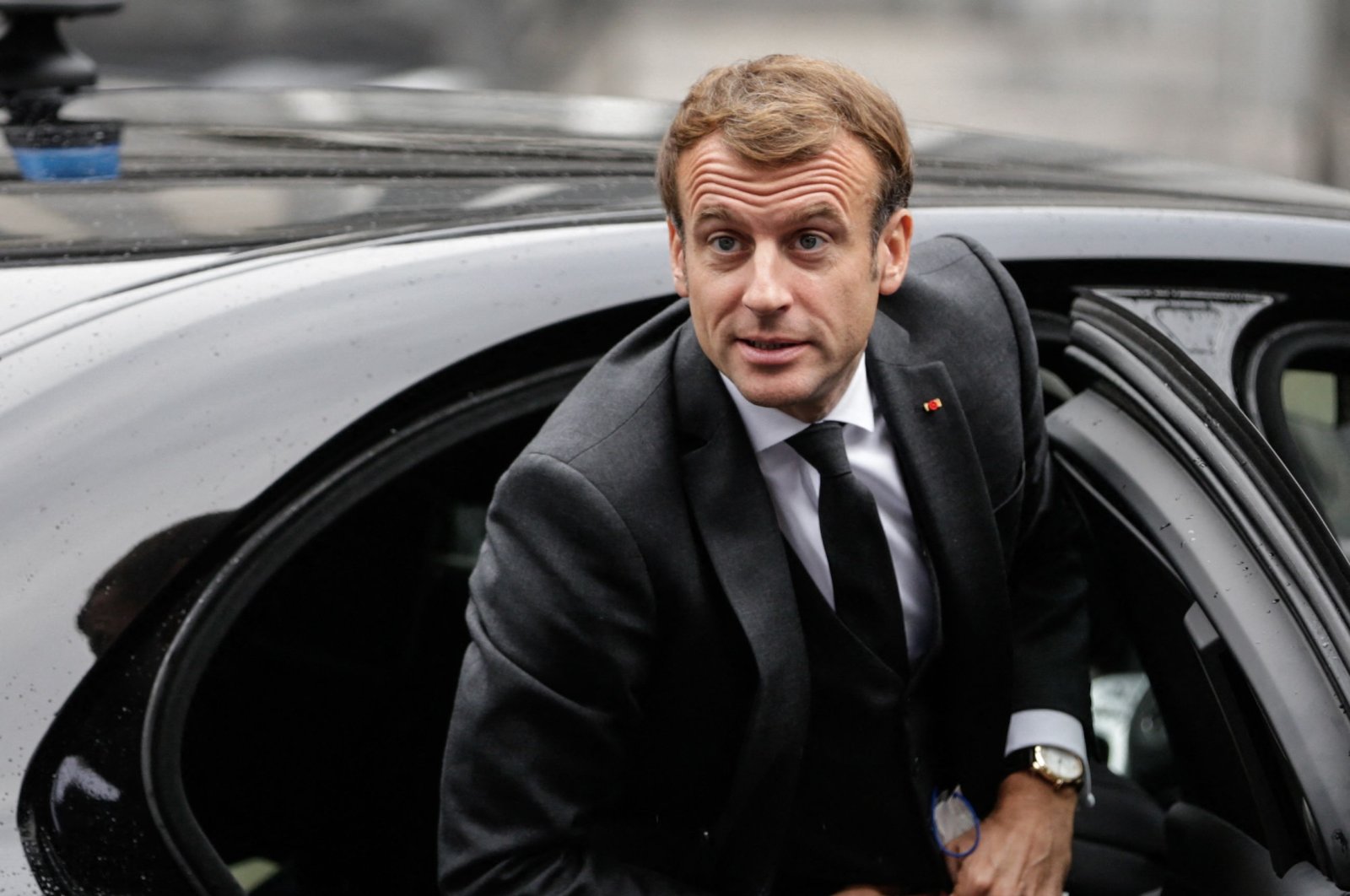 French President Emmanuel Macron arrives at the Renew Europe Pre-Summit on the first day of a European Union summit in Brussels, Belgium, Oct. 21, 2021. (AFP Photo)
by DAILY SABAH Oct 22, 2021 8:37 am

Israel and France hold secret talks at the Elysee Palace as Tel Aviv seeks to neutralize the damage done by Israeli-based NSO Group, who helped its clients in hacking the phones of French high-officials using Pegasus spyware

Israel and France held secret talks in Paris apparently in an attempt to defuse a crisis between the two countries over the alleged hacking of top French officials' phones with controversial Pegasus spyware.

The report by news website Axios said Friday that Israeli national security adviser, Eyal Hulata, made a visit to Paris several days ago, where he met with his counterparts at the Elysee Palace to put an end to a row in which Israeli-based firm NSO Group was accused of targeting the phones of French President Emmanuel Macron and other high-ranking officials through Pegasus spyware, which is developed by the cyberarms company. The visit came after Paris froze diplomatic, security and intelligence cooperation with Tel Aviv and was focusing on preventing further attacks on French authorities by Israel.

According to the report, the head of Israel's National Security Council (NSC) Hulata met Macron's national security adviser, Emmanuel Bonne, and briefed him on the current Israeli investigation into Pegasus. Hulata allegedly presented Bonne with a plan on how to end the crisis, including a proposal to ban the hacking of French cell phone numbers in any future spyware deal between an Israeli firm and a third country. Israel implemented a similar ban on NSO Group for carrying out cyberattacks on phone numbers in the United States and the United Kingdom.

In July, the government of new Israeli Prime Minister Naftali Bennett came under fire after an international consortium of investigative journalists revealed that NSO Group used its Pegasus spyware to spy on political leaders, prominent activists and reporters. The group comprising 17 media organizations, who unveiled the massive cyberattack, said that French leadership was among more than 50,000 telephone numbers investigated by them.

The French daily Le Monde reported right after the leak that the phone numbers of Macron, former Prime Minister Eduard Philippe and at least 14 ministers are featured on a list of Israeli-made Pegasus spyware, which was initially designed to track terrorists and criminals. The report said Macron has been using the number regularly at least since 2017 when he came to power as the country's president.

The scandal also fueled tensions between Morocco and France as journalists found out that Pegasus was used by a Moroccan security service, an apparent client of NSO Group, among many other countries such as Hungary, India, Mexico, Morocco and Saudi Arabia. Morocco, a former French colony, is known to share friendly relations with France. Rabat has denied any involvement that it has spied on any public figures.

Le Monde also reported that the list of potential targets also included around 30 journalists and heads of media companies in France.

Following revelations about Macron's phone, the French presidency warned that the consequences would be very serious. According to media reports, Macron called for a series of investigations into the Pegasus spyware case and called Bennett to seek an explanation.

Axios said Friday that Bennett told Macron that he inherited the NSO issue from his predecessor Benjamin Netanyahu and is investigating, while the country's Defense Minister Benny Gantz headed to Paris at the time and briefed his French counterpart about that probe. Talks between Israel and France are ongoing, but Israeli officials say they hope a solution to end the crisis can be reached soon.

The spyware, created by the Israeli company NSO, is designed to identify weaknesses in the security of smartphones in order to access the data stored on them. NSO customers were able to select telephone numbers they wanted to hack with the spyware. NSO has so far denied all the allegations made against it. The firm also rejected that Macron was among individuals whose phones were hacked.

A chief compliance officer at NSO Group told Israeli television network i24news in July that “(we can) specifically come out and say for sure that the president of France, Macron, was not a target."