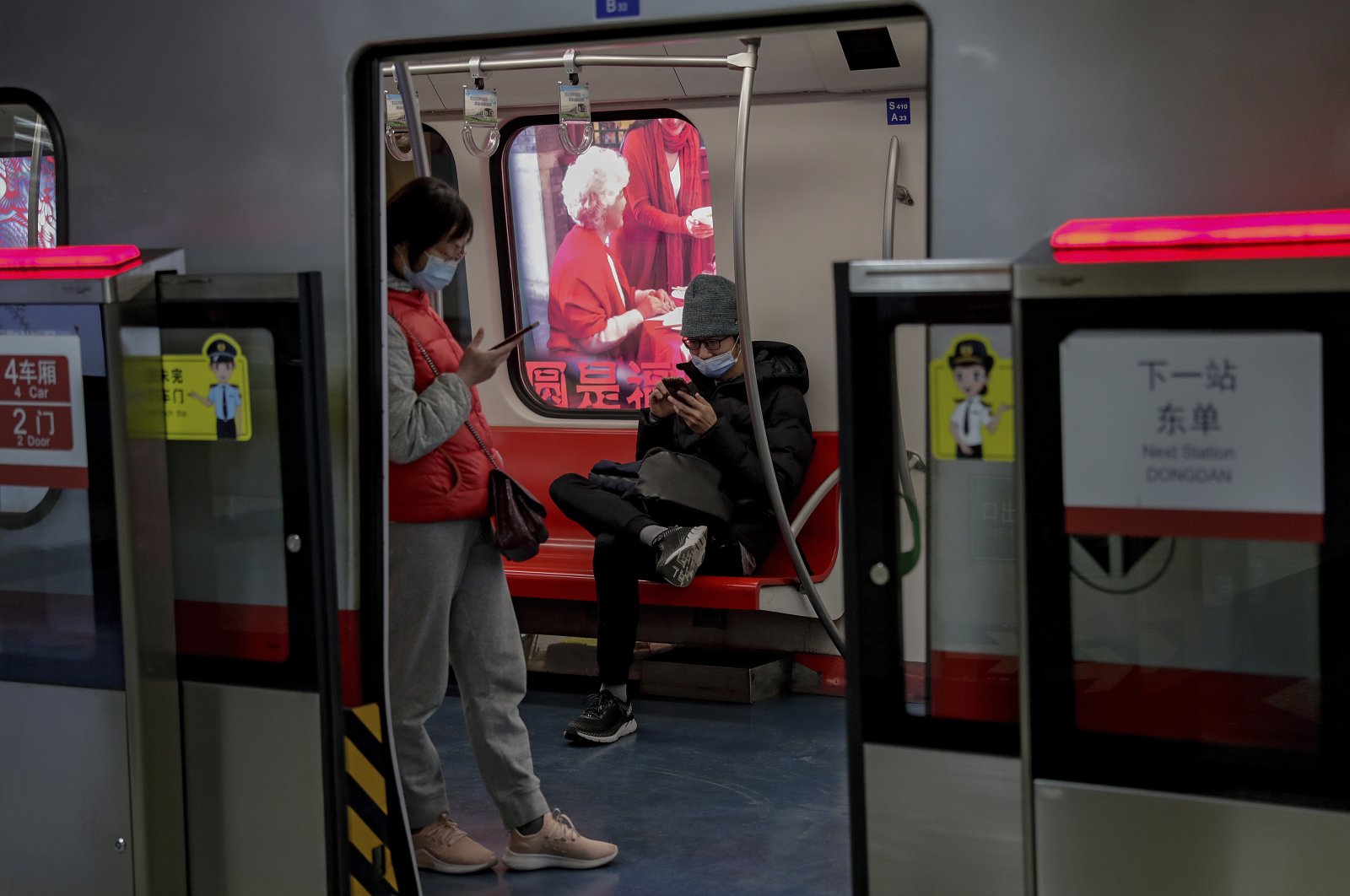 Commuters wearing face masks to help curb the spread of the coronavirus browse their smartphones inside a subway train in Beijing, China, Feb. 10, 2021. (AP Photo)
by French Press Agency - AFP Mar 18, 2021 11:59 am
RECOMMENDED

Chinese authorities said Thursday they had summoned 11 tech companies – including Tencent, Alibaba and TikTok owner ByteDance – for talks on "deep fakes" and internet security, as regulators try to reel in the country's runaway digital sector.

The Cyberspace Administration of China (CAC) said talks concerned "voice software that has yet to undergo safety assessment procedures" as well as the application of "deep fake" technology.

It also said companies should report to the government plans to add new functions that "have the ability to mobilize society."

They called in its billionaire founder Jack Ma and then opened an investigation into Alibaba business practices deemed anti-competitive.

The aim is to ensure they comply with regulations, carry out safety assessments and take "effective rectification measures" if potential hazards are found.

"Fake news" has been generalized to mean anything from a mistake to a parody or a deliberate misinterpretation of facts.

Regulations stress the dangers of "deep fakes," meaning technology that manipulates videos to appear genuine but depicts events or speech that never happened.

The app briefly flickered in the mainland before vanishing but has since sparked a number of copycats.

President Xi Jinping on Monday warned about risks surrounding "platform" companies, a term that could refer to mobile and internet firms, and called for greater oversight of the sector.