China calls US to protect its space station from Musk's satellites 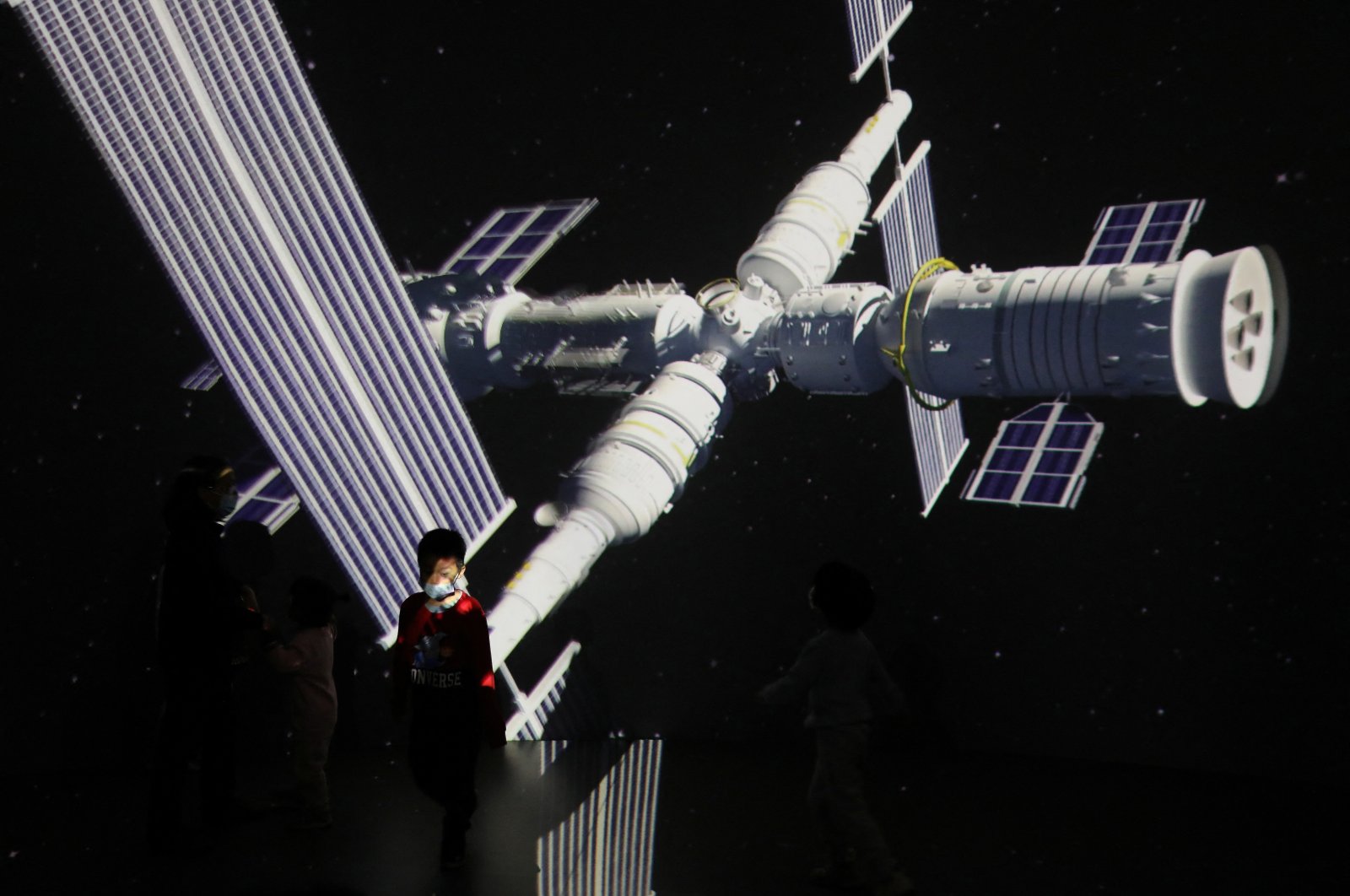 A child stands near a giant screen showing an image of the Tianhe core module at the China Science and Technology Museum in Beijing, China, April 24, 2021. (Reuters Photo)
by ASSOCIATED PRESS Dec 29, 2021 12:46 pm
RECOMMENDED

China is putting pressure on the United States to protect its Tiangong space station and three-member crew after satellites launched by Elon Musk’s SpaceX nearly struck it.

A Chinese Foreign Ministry spokesperson accused Washington on Tuesday of ignoring its treaty obligations to protect the safety of the Tiangong station’s three-member crew following the July 1 and Oct. 21 incidents.

The Tiangong performed "evasive maneuvers” to "prevent a potential collision” with Starlink satellites launched by Space Exploration Technologies Corp., the government said in a Dec. 6 complaint to the U.N. Committee on the Peaceful Uses of Outer Space.

The United States should "take immediate measures to prevent such incidents from happening again,” said the spokesman, Zhao Lijian.

Zhao accused Washington of failing to carry out its obligations to "protect the safety of astronauts” under a 1967 treaty on the peaceful use of space.

The American Embassy in Beijing didn't immediately respond to a request for comment.

Musk also is chairperson of electric vehicle manufacturer Tesla Inc. The company opened its first factory outside the United States in Shanghai in 2019.

The Tiangong, however, is a prestige project for the ruling Communist Party, making it unlikely Beijing would tolerate disruption even by a major foreign investor in China.

The main module of the Tiangong was launched in April. Its first crew returned to Earth in September following a 90-day mission. The second crew of two men and one woman arrived on Oct. 16 for a six-month mission.

SpaceX plans to launch some 2,000 Starlink satellites as part of a global internet system to bring internet access to underserved areas. In its 34th and latest launch, SpaceX sent 52 satellites into orbit aboard a rocket on Dec. 18.