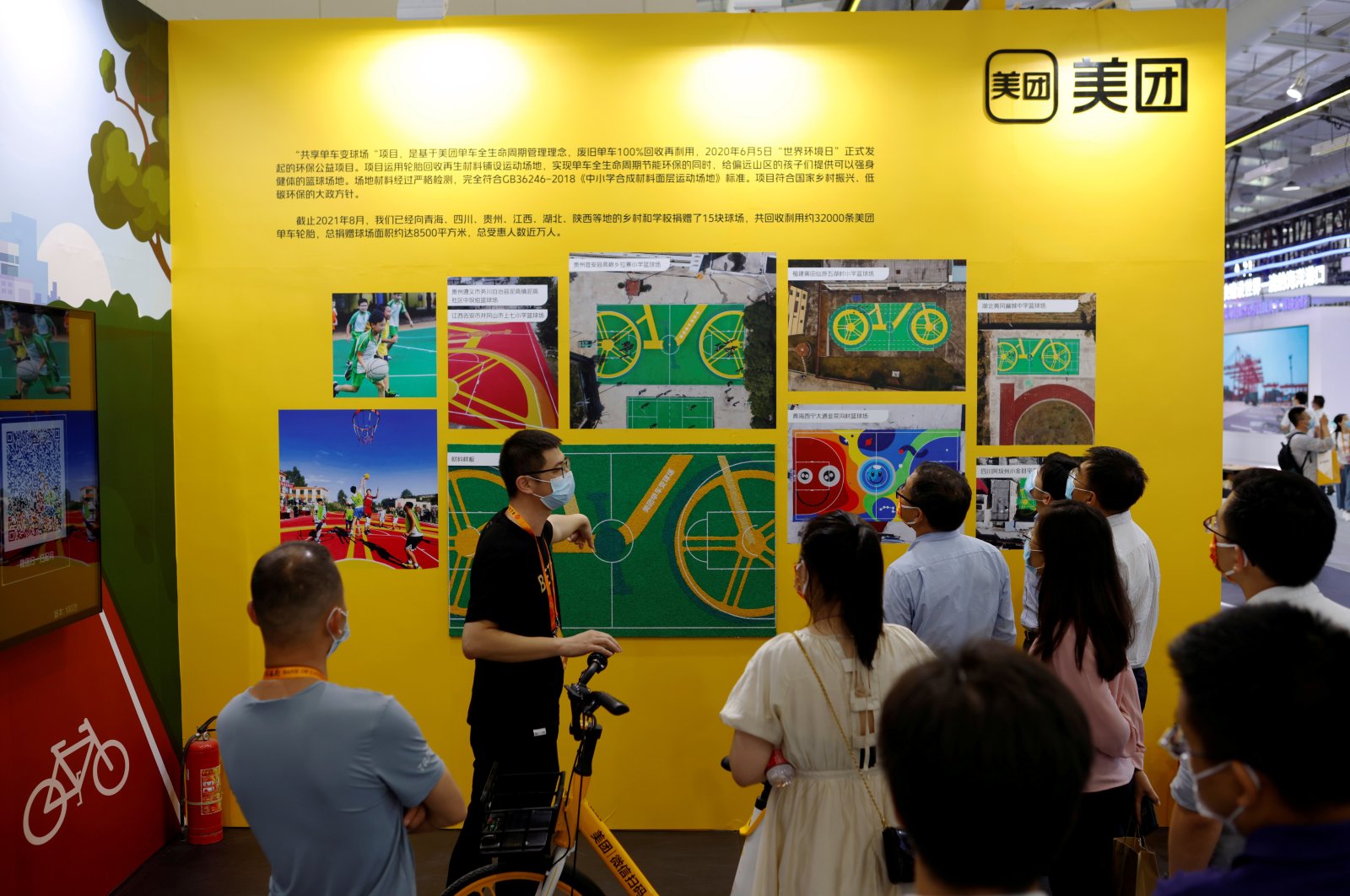 Visitors stand near a Meituan shared bicycle displayed at the booth of the food delivery giant at the 2021 China International Fair for Trade in Services (CIFTIS) in Beijing, China, Sept. 3, 2021. (Reuters Photo)
by REUTERS Dec 19, 2021 1:12 pm
RECOMMENDED

China's anti-monopoly bureau will step up legal enforcement against monopolistic behavior and push forward the amended anti-monopoly law to improve the regulatory framework, said Gan Lin, head of the bureau.

China last month elevated the seniority of the market regulator's antitrust unit, the National Anti-monopoly Bureau, and appointed Gan as chief, a move which would help antitrust investigators gain resources when examining mergers and acquisitions.

Gan said China still faces "insufficient punishment" for some monopolistic activities, while some antitrust regulations remain at the elementary level.

"With the rapid development of the digital economy, and new industries and business models emerging one after another, there are great differences in competition modes between the new and the traditional economy," Gan said in an interview published on the official website of State Administration for Market Regulation (SAMR) on Sunday.

"There's an urgent need to further improve the anti-monopoly legislation and industry regulation."

China shed its once relatively laissez-faire approach to market regulation of the internet sector in dramatic fashion this year, blocking mergers and imposing a record $2.75 billion fine on e-commerce giant Alibaba Group Holding for abusing its market position.

Alibaba was found to have engaged in the practice of "choosing one from two," in which an e-commerce platform bars vendors from selling on rival sites.

Gan said this practice was not evident during China's annual "618 shopping festival" and Singles' Day online shopping festival this year after the bureau kicked off a sector-wide rectification.

In October, it levied a $527 million fine on food delivery giant Meituan for abusing its dominance.

For the next step, the bureau will step up anti-monopoly reviews of concentrated businesses and will continue to prevent mergers from disrupting the market while also curbing excessive capital expansion, Gan said.