Doctors pay regard to heart-friendly smartwatch too 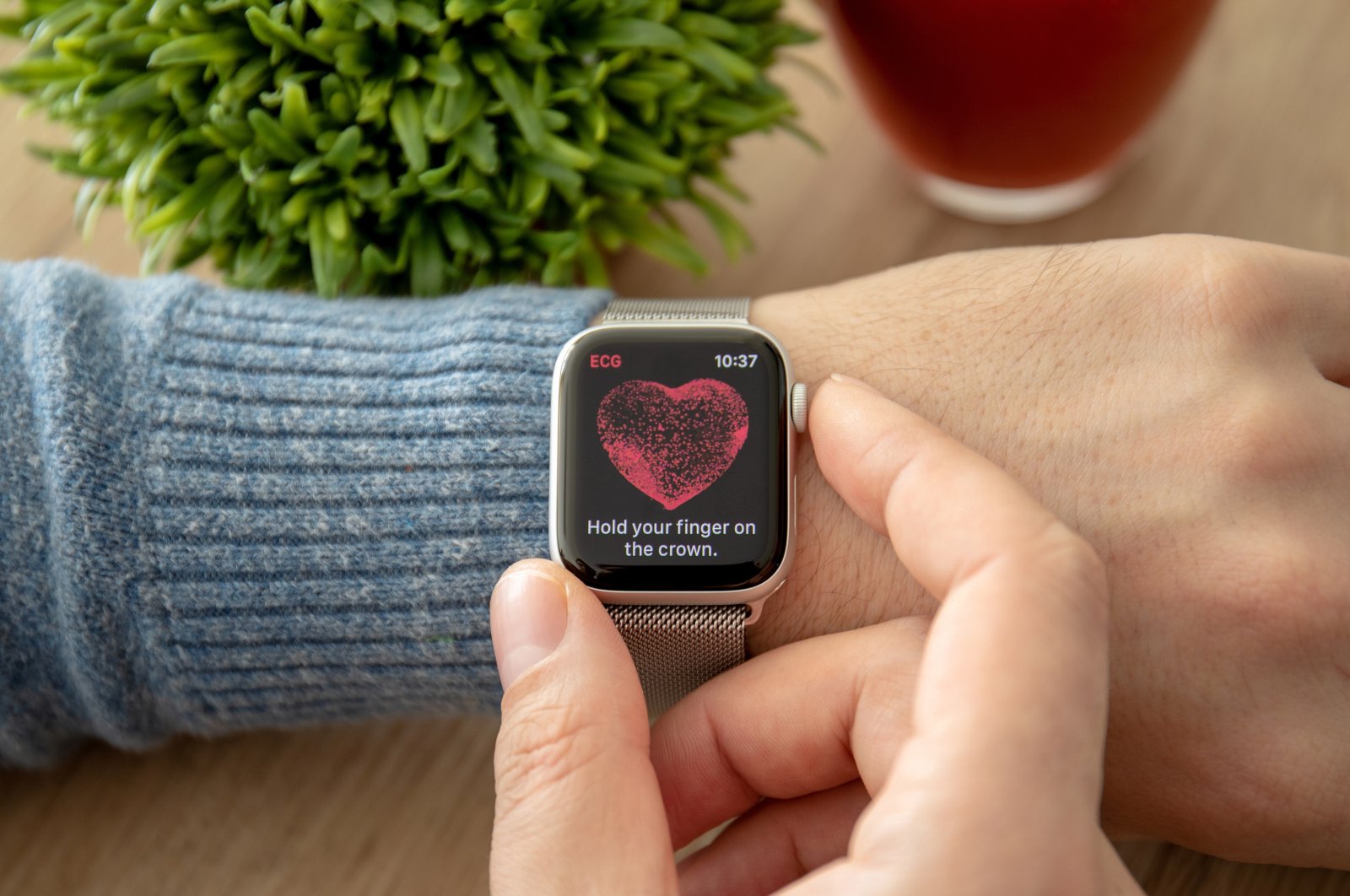 During the pandemic, everyone has thought they were sick at one point but some have already been infected with the virus and now monitor everything from heart rhythm to blood oxygen saturation through wearable technology.

Huawei, Xiaomi, Samsung and Apple compete in smartwatches as well as in smartphones. Huawei stands out with battery life, Xiaomi with price performance and Samsung with design. Apple, on the other hand, is most noted for its Apple Watch app, which is ECG-approved by the United States Food and Drug Administration (FDA), the American health authority.

Before and after COVID-19, I had an ECG, tested my blood oxygen ratio and checked my heart rhythm with my doctor. In doing all this, I felt the need to pick the brain of an expert on whether we are getting caught up in some sort of paranoia. I asked experts about how much the Apple Watches we carry around 24 hours a day contribute to doctor's and health care workers' health-related research.

I am relaying the opinion I was given without adding comments. Based on his international experience, professor Bülent Görenek, a faculty member of the Department of Cardiology at the Faculty of Medicine of Eskişehir Osmangazi University and a member of the Scientific Guidance Committee of the American College of Cardiology, assessed whether ECG, heart rhythm and oxygen saturation measurements with devices such as the Apple Watch make things easier for researchers and doctors.

“In fact, these devices made it easier for us doctors before the pandemic as well. Recently, some smartwatches have been already giving precise results in the detection of non-frequent palpitations with rare symptoms. The results of the ‘Apple Heart Study’ published last year were quite remarkable,” he said.

In addition to being the largest screening study on atrial fibrillation to date, Görenek noted that the Apple Heart Study, carried out with more than 400,000 participants, is one of the largest cardiovascular studies ever conducted.

“‘Atrial fibrillation’ is a very common rhythm disorder caused by the atria of the heart, which can cause a stroke. The 'Apple Heart Study' showed that smartwatches do quite well in detecting this important palpitation. The positive results were also reflected in this year's scientific guidelines,” he said.

According to Görenek, the scientific guidelines of the European Society of Cardiology and the Canadian Cardiovascular Society, which were released three months ago and one month ago, respectively, highlight that these watches are valuable in detecting “atrial fibrillation.”

“As included in the guidelines, some smartwatches are able to recognize atrial fibrillation with specificity and sensitivity of over 90%. These are really significant figures. I think the most important upside of smartwatches is that a person carries them with them all the time and that they are able to detect certain palpitations as soon as they occur. I compare this situation to the ability of mobile phones to take photos. We cannot carry our camera with us all the time. That is why we cannot capture many beautiful images. But it is possible for us to do that with mobile phones. This is because we can seize the ‘moment’ and take very beautiful pictures with the mobile phones that are always with us. Likewise, some smartwatches seize the ‘moment,’ namely the moment of palpitations.’ It detects atrial fibrillation as soon as it occurs, and, so-to-speak, it immediately detects it and sends you a photo of this moment,” he said.

The professor also said as the technology develops, he thinks such devices will give much better results.

“As a matter of fact, the new generation versions of some watches are now able to both take ECG and capture 'atrial fibrillation,' as well as measure the oxygen level. During the pandemic, in particular, it is very important that people can measure their oxygen saturation on their own without the need for another device. A low value also means a serious warning for people to consult a doctor. These are really exciting developments. It seems portable or wearable technologies will help us doctors with many more issues over time,” he noted.

Using devices without sinking into paranoia

Görenek advised using these devices without becoming obsessed with them and without sinking into paranoia, saying that it is a really important point to remember.

“Unnecessary use will, of course, lead to some confusion. But this is true for all other technological devices as well. It would not be true for a person to be constantly preoccupied with these devices, asking himself whether he has atrial fibrillation and controlling himself on his end. After all, this arrhythmia is a really serious health problem, and the watches will prove useful only when a doctor deems necessary and directs the person to use it,” he noted.

Therefore, if used appropriately, these watches will facilitate the work of doctors, he added.

“The doctor will examine the rhythms recorded by the smartwatch and decide for himself which of them are clinically significant and whether they require further investigation or treatment. It would be extremely wrong for people to make an assessment before consulting a doctor and try to make a diagnosis on their own,” according to Görenek.

One cannot learn everything from a device or app, he said. “For this reason, we ask people not to use these properties of the devices unnecessarily, in a way that is not recommended by their doctor, and not to comment on themselves and diagnose a disease. Of course, what I have mentioned about the diagnosis of ‘atrial fibrillation’ also applies to the measurement of oxygen saturation. I would like to express that these watches, when used appropriately, are already becoming very helpful for doctors.”

Especially amid this pandemic, Görenek said their presence has become much more valuable. “I think that, in the future, many portable medical devices will be replaced by smartwatches, and some traditional diagnostic methods will be a thing of the past. Maybe in the near future, additional functions such as body temperature and blood pressure measurement can be added to these watches. Then, believe me, our job as a doctor will be much easier.”