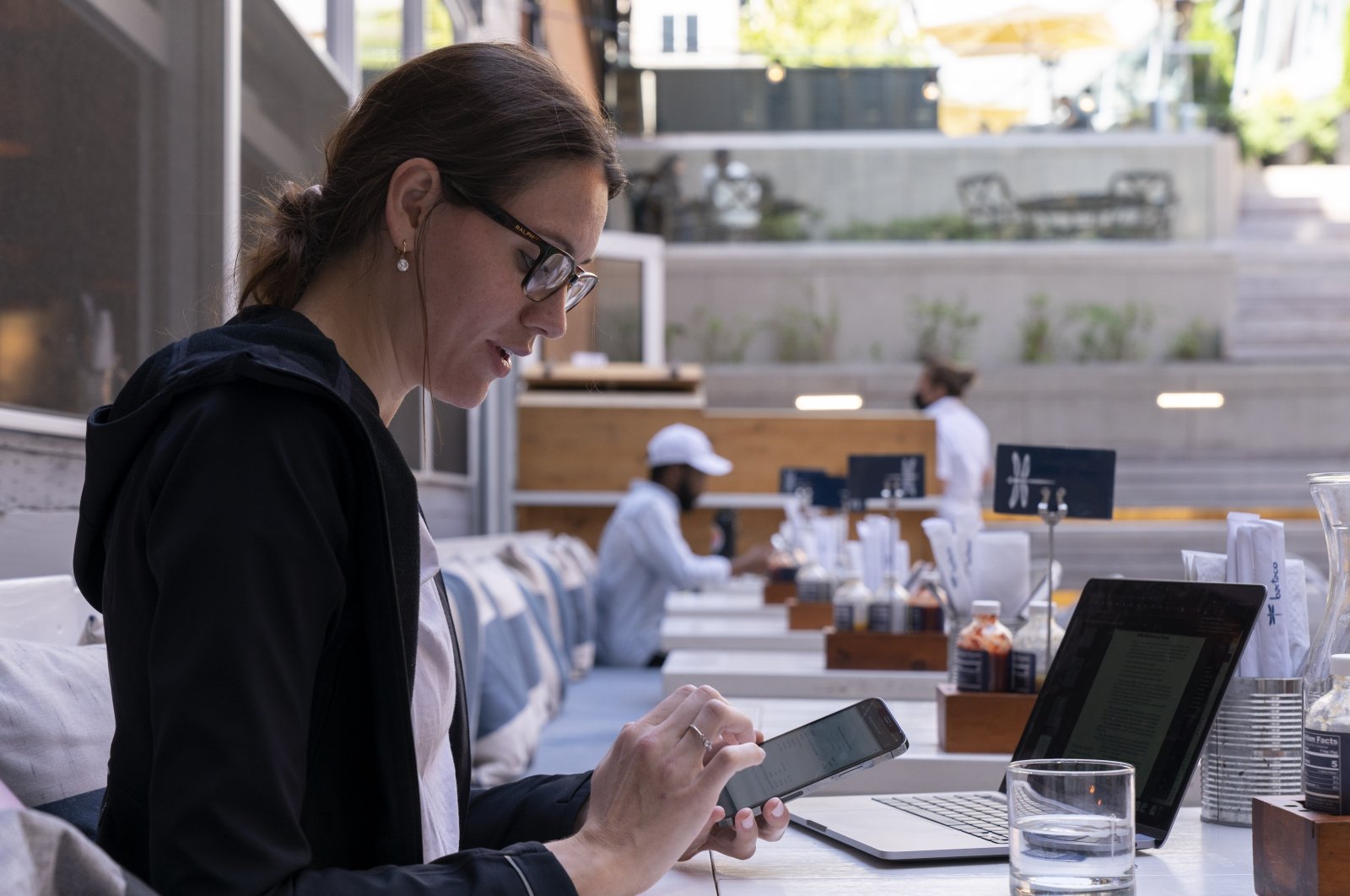 The COVID-19 pandemic didn’t just threaten Americans’ health when it swept the United States in 2020 – it may also have posed a long-term threat to many of their jobs. Faced with worker shortages and higher labor costs, companies are starting to automate service sector jobs that economists once considered safe, assuming that machines couldn’t easily provide the human contact they believed customers would demand.

Ask for a roast beef sandwich at an Arby’s drive-thru east of Los Angeles, for example, and you may be talking to Tori – an artificially intelligent (AI) voice assistant that will take your order and send it to the line cooks.

“It doesn’t call sick,” says Amir Siddiqi, whose family installed the AI voice at its Arby’s franchise this year in Ontario, California. “It doesn’t get corona. And the reliability of it is great.”

Past experience suggests that such automation waves eventually create more jobs than they destroy, but that they also disproportionately wipe out less-skilled jobs that many low-income workers depend on. The resulting growing pains for the U.S. economy could be severe.

If not for the pandemic, Siddiqi probably wouldn’t have bothered investing in new technology that could alienate existing employees and some customers. But it’s gone smoothly, he says: “Basically, there's less people needed but those folks are now working in the kitchen and other areas."

Ideally, automation can redeploy workers into better and more interesting work, so long as they can get the appropriate technical training, says Johannes Moenius, an economist at the University of Redlands. But although that's happening now, it’s not moving quickly enough, he says.

Worse, an entire class of service jobs created when manufacturing began to deploy more automation may now be at risk. “The robots escaped the manufacturing sector and went into the much larger service sector,” he says. “I regarded contact jobs as safe. I was completely taken by surprise.”

Improvements in robot technology allow machines to do many tasks that previously required people – tossing pizza dough, transporting hospital linens, inspecting gauges, sorting goods. The pandemic accelerated their adoption. Robots, after all, can’t get sick or spread disease. Nor do they request time off to handle unexpected child care emergencies.

Economists at the International Monetary Fund (IMF) found that past pandemics had encouraged firms to invest in machines in ways that could boost productivity – but also kill low-skill jobs. “Our results suggest that the concerns about the rise of the robots amid the COVID-19 pandemic seem justified,’’ they wrote in a January paper.

The consequences could fall most heavily on the less-educated women who disproportionately occupy the low- and mid-wage jobs most exposed to automation – and to viral infections. Those jobs include sales clerks, administrative assistants, cashiers and aides in hospitals and those who take care of the sick and elderly.

Employers seem eager to bring on the machines. A survey last year by the nonprofit World Economic Forum found that 43% of companies planned to reduce their workforce as a result of new technology. Since the second quarter of 2020, business investment in equipment has grown 26%, more than twice as fast as the overall economy.

The fastest growth is expected in the roving machines that clean the floors of supermarkets, hospitals and warehouses, according to the International Federation of Robotics, a trade group. The same group also expects an uptick in sales of robots that provide shoppers with information or deliver room service orders in hotels.

It’s not just robots, either – software and AI-powered services are on the rise as well. Starbucks has been automating the behind-the-scenes work of keeping track of a store’s inventory. More stores have moved to self-checkout.

The uptick in automation has not stalled a stunning rebound in the U.S. jobs market – at least so far.

For now, the short-term benefits of the economic snapback are overwhelming any job losses from automation, whose effects tend to show up gradually over a period of years. That may not last. Last year, researchers at the University of Zurich and University of British Columbia found that the so-called jobless recoveries of the past 35 years, in which economic output rebounded from recessions faster than employment, could be explained by the loss of jobs vulnerable to automation.

Despite strong hiring since the middle of last year, the U.S. economy is still 5.3 million jobs short of what it had in February 2020. And Lydia Boussour, lead U.S. economist at Oxford Economics, calculated last month that 40% of the missing jobs are vulnerable to automation, especially those in food preparation, retail sales and manufacturing.