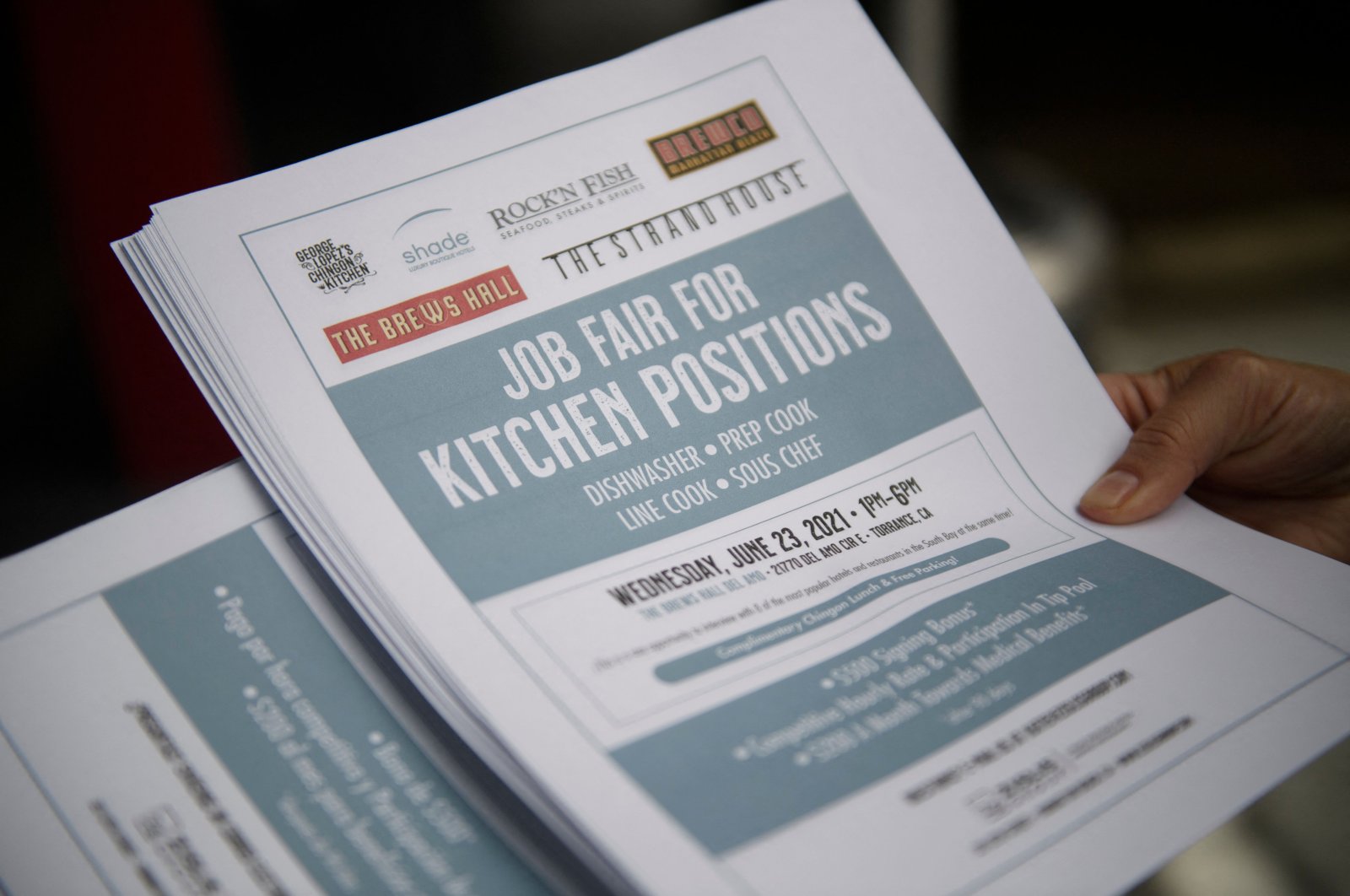 The United States’ massively expanded unemployment aid created following the outbreak of the COVID-19 pandemic last year will end in the coming days, forcing millions of jobless Americans to make hard choices about how they will get by in an economy newly menaced by the delta variant.

Some of those who benefited from COVID-19 unemployment support have not been able to work for the entire pandemic.

"I have no idea how we would survive, just on my daughter's income," said Deborah Lee, an unemployed phlebotomist in Arizona who is recovering from a COVID-19 outbreak that affected her daughter and two of her three granddaughters.

The government-funded programs that increased weekly payments and gave aid to the long-term unemployed and freelancers were credited with keeping the United States from an even worse economic collapse last year.

In recent months they have become controversial, with some states ending them early and arguing they encouraged people not to return to jobs that COVID-19 vaccines made safe, though studies have disputed that contention.

From September 6 they will end nationwide, and while economists don't expect them to meaningfully dent the U.S. economy's recovery from its 2020 debacle, they will undoubtedly up the pressure on the unemployed.

"I think it's going to be an underappreciated event in the economy," said Andrew Stettner of progressive think tank The Century Foundation, predicting that 7.5 million people will be relying on the programs when they end.

"It'll be kind of a silent crisis."

The expansion of the unemployment safety net occurred in March 2020, when Congress rushed to blunt the emerging pandemic with $2.2 trillion in spending through the CARES Act rescue package.

While never meant to be permanent, the benefits were reauthorized twice, most recently in the $1.9 trillion American Rescue Plan enacted by President Joe Biden and his Democratic allies in Congress last March.

While many in the Republican Party at first backed the programs, by this year their lawmakers were arguing against them, and 26 states, most with Republican governors, moved to end them early in whole or in part.

A study published last month by researchers from American and Canadian universities found only modest improvements in hiring and earnings in some of those states that ended the aid early, while spending fell 20%.

Meanwhile the economy is far from healed, with 5.3 million jobs lost to the pandemic yet to be restored and employers adding a mere 235,000 positions in August, according to government data released Friday.

In Delaware, Ohio, Karen Coldwell says she sends out about 10 job applications weekly but has yet to be hired. All other openings she sees are for low-wage work, the kind of jobs she held when she was younger.

At age 64 she is not yet ready to retire, but worries she'll have to start dipping into her retirement savings once the long-term unemployment program ends.

"There's just nothing out there. There's jobs, but the money's not there anymore," Coldwell said.

Others can't return to the workforce, even though they know the benefits that make up their only income are ending. Brooke Ganieany of The Dalles, Oregon, said she has no one to care for her toddler son if she were to find employment.

"I feel kind of screwed over," the 21-year-old told Agence France-Presse (AFP). "I feel like they're doing this to make us have a plan and get back to reality, which is not exactly the slogan they should be using."

Those eligible will continue to receive benefits under states' regular unemployment programs – but the end of a $300 extra weekly supplement means their checks are about to shrink.

"It's going to affect it so much. I'm going to have to cut back on food," said 58-year-old Karen Williams, an unemployed graphic designer in Pennsylvania.

Gregory Daco of Oxford Economics predicted the cut off in benefits would lower household income by $4.2 billion per week in September, or about $210 billion annualized for the month.

"It's not going to be the type of shock that puts the U.S. economy into reverse," he said in an interview, but predicted that "lower-income families and minorities are more likely to be negatively impacted."

Fearful of further coronavirus variants and with her daughter missing badly needed pay from the family's battle with COVID-19, Lee said she is waiting to hear whether the government will grant her disability aid for a hand injury, conceding her days of employment are likely behind her, at least for now.

"I don't even know what the answer is," she said.