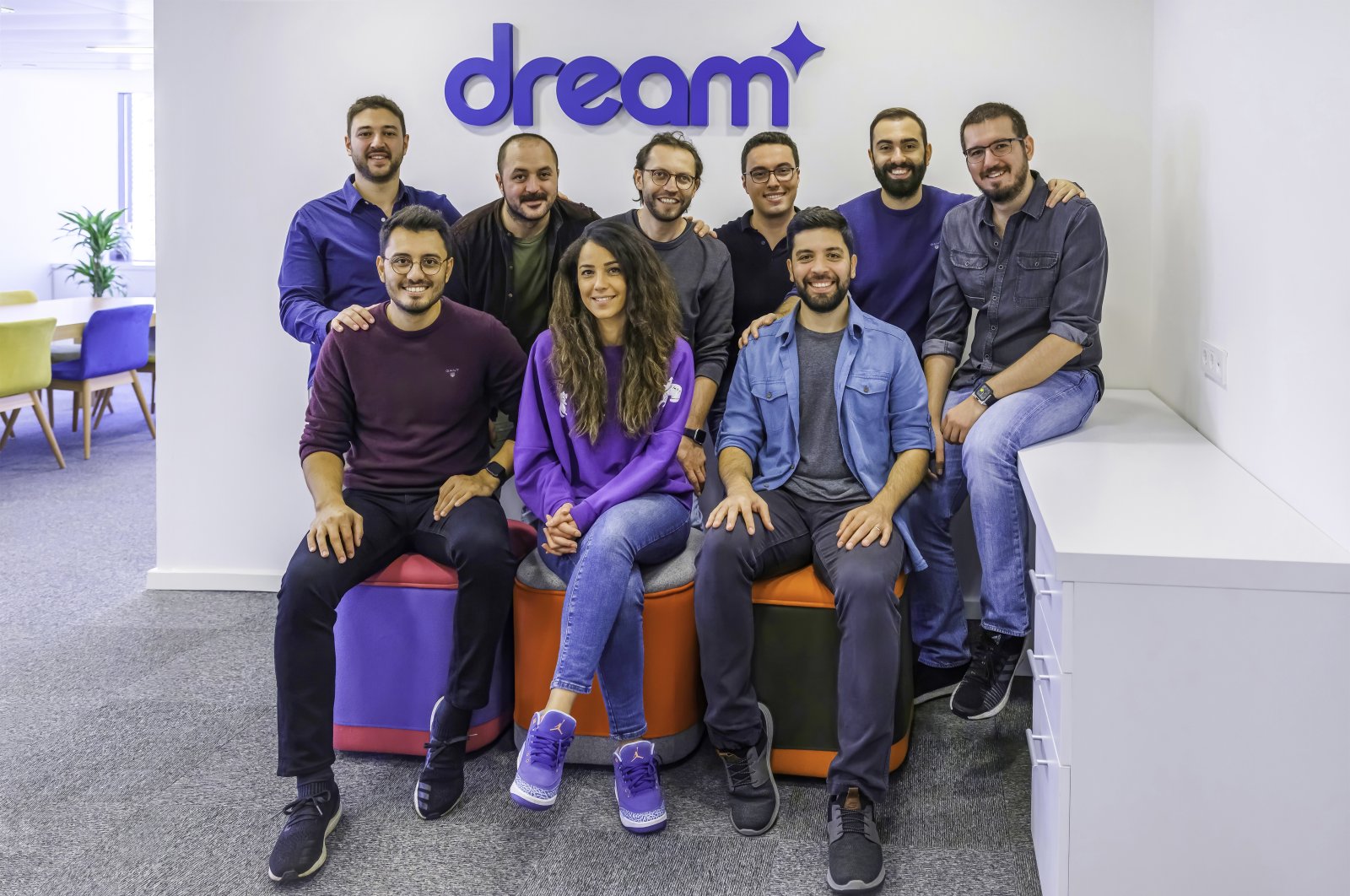 Former team members of Peak, Turkey’s first unicorn, have set up Dream Games and led the Istanbul-based gaming startup to turn into a billion-dollar venture in a record time of just two years

Game developers in Turkey continue to attract hundreds of millions of dollars in investments that enable them to hit multibillion-dollar valuations.

It was founded by Soner Aydemir, Ikbal Namlı, Hakan Sağlam, Eren Şengül and Serdar Yılmaz, all of whom are alums from Peak Games.

Peak became Turkey’s first unicorn – a term for startups that pass the $1 billion mark – after its acquisition by U.S.-based gaming giant Zynga in a $1.8 billion deal last year.

The latest valuation represents a fivefold increase from February when Dream Games raised $50 million from venture capital funds, including Index Ventures in the largest Series A in Turkey’s startup history.

It had received a $7.5 million seed investment in November 2019 in a funding round led by Makers Fund.

The mobile gaming startup has thus collected a total of $207.5 million in investments and hit the $1 billion threshold in just two years. This granted it the title of Turkey’s fastest unicorn startup.

As the venture grew rapidly, the numbers with which it made deals in investment rounds continued to break records.

According to the company's statement, the latest funding was again led by Index Ventures and Makers Fund, with participation from Balderton Capital, IVP and Kora, Dream Games said in a statement.

The success it achieved just a few months after launching its first game, Royal Match, around the world, is the focus of its valuation and investment. In March, it launched the puzzle game Royal Match on the mobile platforms iOS and Android after the Series A investment round.

One of the greatest

In a statement to Techcrunch, Dream Games co-founder and CEO Soner Aydemir said that the funding would be used for heavy user acquisition in every channel and every geography.

Aydemir said Asia would be a focus on that, specifically Japan, South Korea and China. He noted that the main goal is to scale the game to become one of the biggest games in the global market.

Although not directly disclosed by the company, Dream Games is said to be receiving $20 million in monthly revenue from in-game purchases.

According to AppAnnie’s figures, Dream has 6 million monthly active users.

The figures have been a great example of success for Dream Games in 3 1/2 months.

This has catapulted it into the top-20 grossing games categories in the U.S., U.K. and Germany.

In other words, the first game of Dream has risen to the category of much older and larger games such as Candy Crush and Homescapes, which have become legendary.

Perfection with one game

Aydemir stated that Dream Games has been focusing on the Royal Match game for years.

"It's impossible to scale even with all the money in the world if you don't have good enough metrics," he said.

"We believe that the quality of the game can be scaled sustainably in order to continuously increase our lifetime value. After all, this value always depends on the product quality. We spent too much time, too much testing, on very small details over several years to create the dynamics of the game."

Aydemir explained why they did not target two or more games. "We believe in Pixar's approach. When Pixar started, it made a movie every two to three years, but eventually, the rate increased. This will be the same for us. This year we need to focus on Royal Match but if we can find a way to create other games, we will."

Expressing that Turkey now has four official unicorns with Dream Games, startups.watch founder Serkan Ünsal said: "Like other unicorns, Dream Games has a different meaning for our ecosystem. Dream Games became the fastest unicorn startup in Turkey in less than two years."

“This is the biggest proof that if you have a good team, a good market and a good product, you can become a unicorn without waiting for years. At the same time, if we consider it as a Series B tour, it was the biggest Series B tour in Turkey. The bar has been raised a little higher for both the gaming industry and the Turkish entrepreneurial ecosystem. My guess is that the next unicorn will come from either the game or the fintech vertical,” Ünsal said.