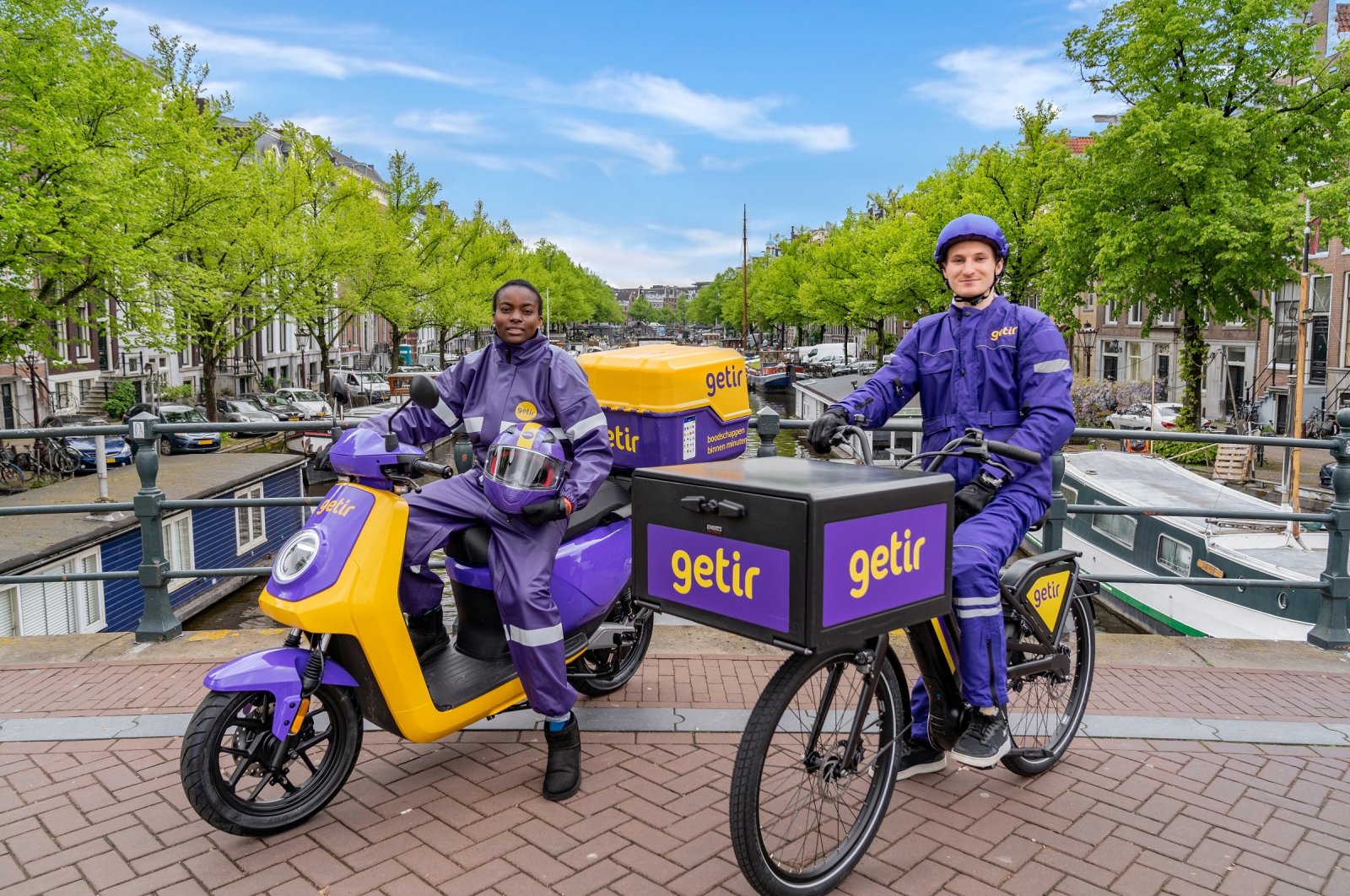 Turkish rapid grocery delivery company Getir has raised $555 million (TL 4.82 billion) in the latest funding round, tripling its valuation to over $7.5 billion since March, announcing Friday the latest investment boom in the red-hot sector.

The Istanbul-based startup that only began to expand outside Turkey in January plans to invest the proceeds to launch in Paris and Berlin this month following rollouts in London and Amsterdam, with several cities in the United States to follow in the last three months of the year.

The company had raised $428 million in two funding rounds in January and March for international expansion.

The latest deal means that the company is worth more than food delivery apps Deliveroo and Grubhub, as well as British supermarkets Morrisons and Marks and Spencer.

Istanbul-based Getir, founded in 2015, pioneered a category of 10-minute delivery for customers who order by a smartphone app, with riders fanning out from neighborhood warehouses that stock essential groceries.

Imitators have mushroomed with Germany's Flink, founded just six months ago, raising $240 million from investors Friday and announcing a strategic partnership with the Rewe supermarket group.

"Getir reaching this value actually shows how an original idea, such as a 10-minute delivery, generates interest in the world when combined with technology," founder and Chief Executive Nazim Salur said in a statement.

"In fact, this also indicates that new technological business models can come out of Turkey," Salur noted.

"Our model and approach to ultrafast delivery is thriving and this latest round of funding further enables us to deliver our best-in-class service to new customers in Europe, the United States and beyond," he added.

Getir in March became Turkey’s second unicorn – a term for startups that pass the $1 billion mark.

Istanbul-based gaming company Peak became the country’s first unicorn after it was acquired by U.S.-based global gaming giant Zynga in June last year in a deal worth $1.8 billion.

It launched in London in January and started providing its services in the Dutch capital Amsterdam in May. It will launch in Berlin and Paris this month.

Getir says that through its app it can deliver thousands of grocery items "within minutes," including eggs, ice cream, nappies and cat food.

It has established a takeaway food branch under the name “Getir Yemek,” which allows customers to order from restaurants and cafes in their neighborhoods through its couriers.

The startups say the wow factor of getting a delivery to the doorstep in less time than it might take to queue up at a store checkout on a busy day means their apps generate repeat business and positive online feedback.

Flink, which focuses on Germany, has set up more than 50 local hubs in its first four months of operation. It is opening a new hub every two days, putting over 3 million customers within reach.

The rapid growth has led to frictions with delivery riders, however, with some at Berlin-based Gorillas seeking to form a workers' union and demanding better pay and conditions.

Gorillas was also reported by Sifted, an FT tech publication, to be seeking up to $1 billion from investors at a valuation of $6 billion. As recently as March the company, which launched last year, raised 244 million euros ($295 million) at a valuation of more than $1 billion.

Gorillas criticized the attempt to form a workers' council, saying that while it supported staff representation, some workers had been excluded from voting on the matter. It called the report on its funding plans speculation.

Getir's Series D round, first reported by the Financial Times, was led by existing investors including Tiger Global and Sequoia Capital, joined by Silver Lake, DisruptAD and Mubadala Investment Company.

Investors in previous rounds were Sequoia Capital, Tiger Global and Brazil's Base Partners as well as Fiba and Esas Holding from Turkey.