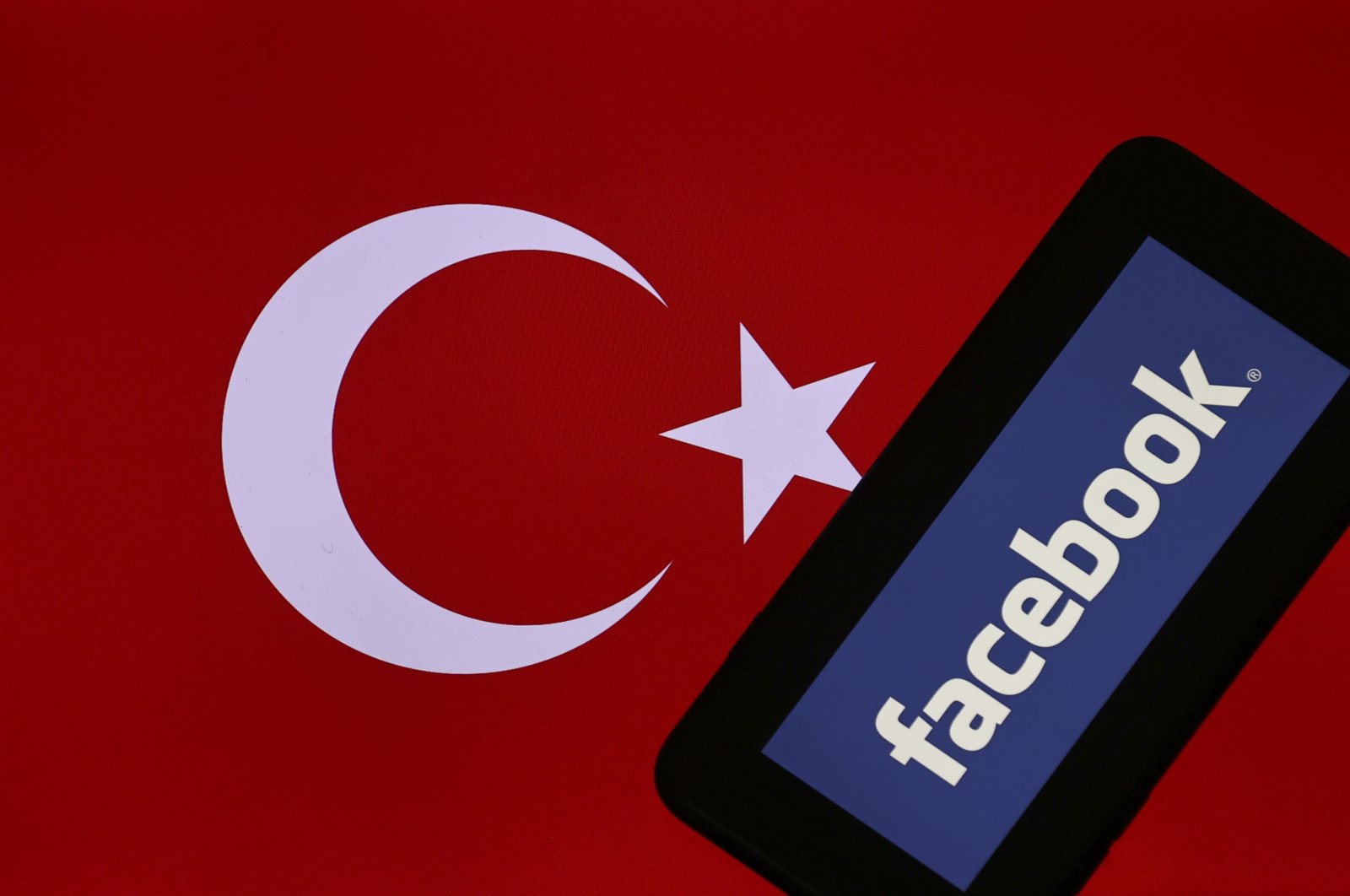 The Facebook logo is seen on a mobile phone screen with the Turkish flag in the background in this illustration photo, in the capital Ankara, Turkey, Jan. 18, 2021. (AA Photo)
by DAILY SABAH Jan 18, 2021 3:31 pm
RECOMMENDED

Facebook said Monday it had started the process of appointing a legal entity as a local representative in Turkey in a bid to comply with the country’s new social media law.

The move comes as a deadline looms for an ad ban that will bar Turkish companies from advertising on platforms that fail to comply with the requirement and fail to appoint a local representative.

Social media networks, including Facebook, Instagram and Twitter, were handed fines totaling TL 40 million ($5.35 million) in two rounds of penalties in the second half of last year.

“Facebook and Instagram have decided to appoint entity in our country in compliance with the Law No. 7253 that entered into force on Oct. 1, 2020,” said Ömer Fatih Sayan, the country’s deputy transport and infrastructure minister, on his Twitter account.

Facebook said in a statement that this would not change the company’s community standards.

It said that if it faces pressure on those standards or if the global process for reviewing government requests it, it will withdraw the representative.

The platform said it believes that freedom of expression is a fundamental human right and has made efforts globally to protect and defend these values.

“As a matter of fact, more than half of people in Turkey rely on Facebook to stay in touch with their friends and family, express their ideas and grow their businesses,” the statement noted.

“Along with the fact that social networks have representatives in our country, our citizens will be able to find an interlocutor against negative behavior such as fake accounts, harassment, cyberbullying, violation of personal rights,” the official noted.

Sayan said they also expect positive news from Twitter and other platforms that are yet to appoint a representative.

“We expect similar and good news from Twitter and other networks that have not reported their representatives,” he said.

“It is not fair to see the advertising ban or band-throttling imposed by the law as ‘interference with freedom.’ Our primary goal is to protect the freedom of our citizens to apply and receive answers.”

Under the amended law which took effect on Oct. 1, social media companies that have more than 1 million daily Turkish users must appoint a representative to the country.

The companies had already been notified of the five stages of penalization for social network providers that fail to appoint a Turkey representative.

If the firms do not comply with the requirement and fail to appoint a local representative by tomorrow, the government could bar Turkish companies from advertising on the platforms.

If they fail to fulfill the prerequisite within three months of the ban, companies will have their bandwidth slashed by 50%, which will be increased to 90%, if they do not comply within a month of the previous sanction.

The bill provides a legal framework for social media providers and aims to designate a responsible representative in the event of an investigation or legal proceedings relating to offenses carried out on the platforms.

Platforms are required to publish semiannual reports on their response rates to such requests.

In addition, it requires social media companies to take measures to host the data of users based in Turkey.