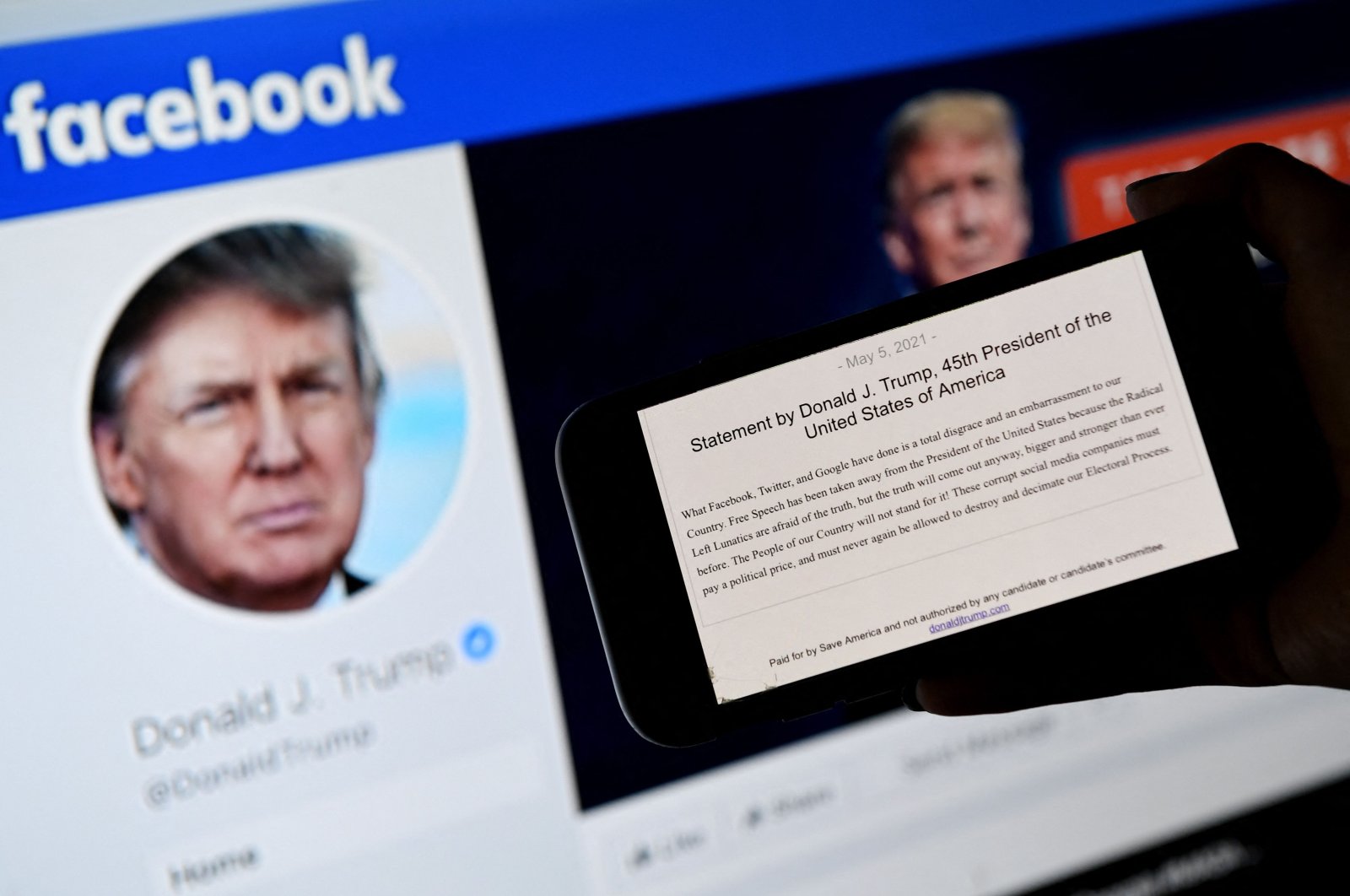 Facebook said on Friday that it will suspend former U.S. President Donald Trump’s accounts for two years over inciting violence that led to the Jan. 6 Capitol riots.

“At the end of this period, we will look to experts to assess whether the risk to public safety has receded. We will evaluate external factors, including instances of violence, restrictions on peaceful assembly and other markers of civil unrest,” Nick Clegg, Facebook's vice president of global affairs, wrote in a blog post Friday.

The social media giant said on Friday that while it will still apply this “newsworthiness" exemption to certain posts it deems to be in the public interest even if they violate Facebook rules and it will no longer treat material posted by politicians any differently from what's posted by anyone else.

The move is in response to recommendations from the company's quasi-independent oversight board, which last month upheld a decision by Facebook to keep former President Donald Trump indefinitely suspended but said the company must decide what to do with his accounts within 6 months.

The change in policy was first reported Thursday by the tech site The Verge and later confirmed by the New York Times and the Washington Post.

Facebook has had a general “newsworthiness exemption” since 2016. But it garnered attention in 2019 when Nick Clegg, vice president of global affairs and communications, announced that speech from politicians will be treated as “newsworthy content that should, as a general rule, be seen and heard.”

The newsworthiness exemption, he explained in a blog post at the time, meant that if “someone makes a statement or shares a post which breaks our community standards we will still allow it on our platform if we believe the public interest in seeing it outweighs the risk of harm.”

This hasn’t given politicians unlimited license, however. When Facebook suspended Trump in January, it cited “the risk of further incitement of violence” following the deadly insurrection at the U.S. Capitol as the reason. The company says it has never used the newsworthiness exemption for any of Trump’s posts.