Getir: Fast delivery startup that innovates instead of copying 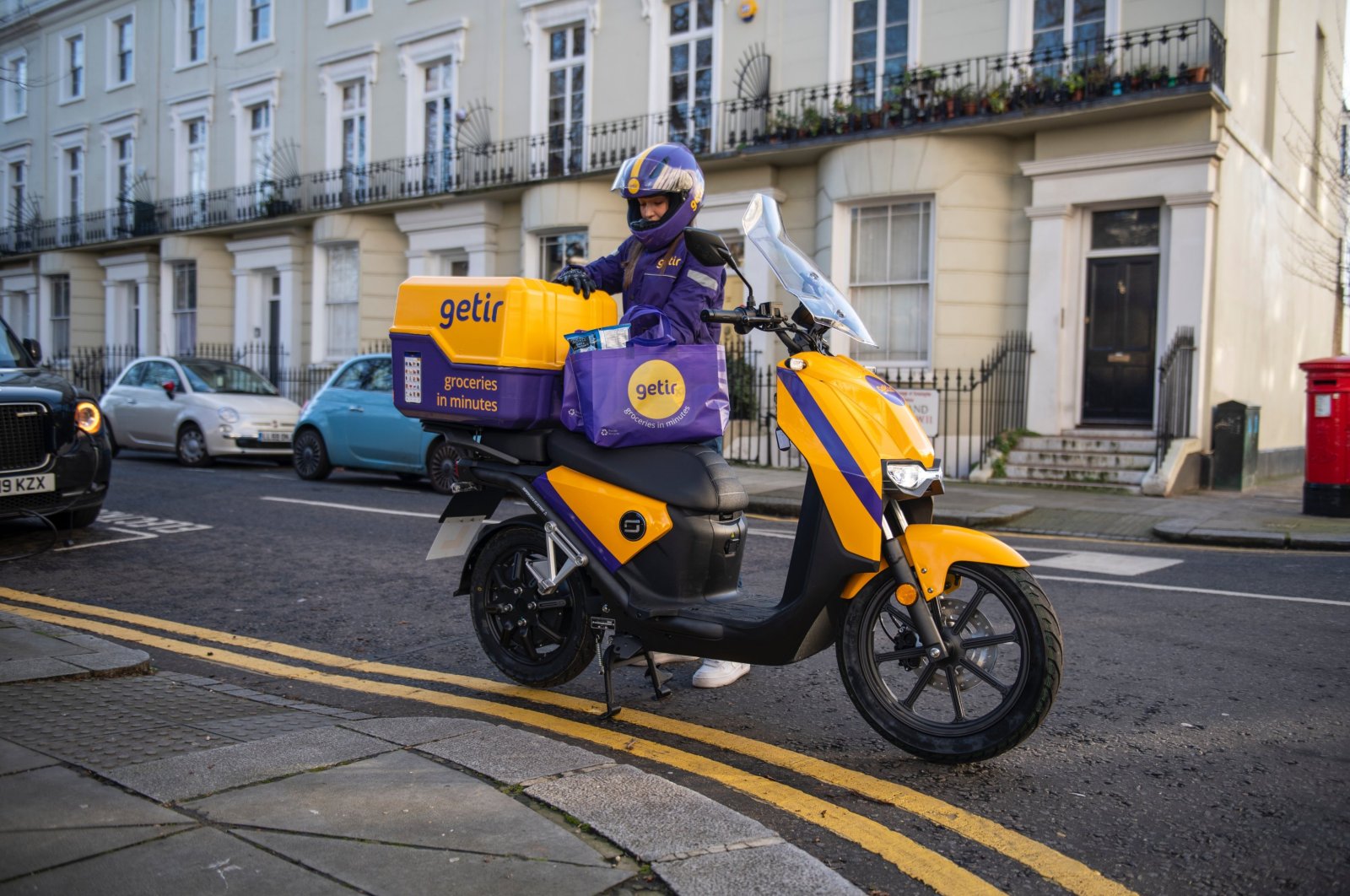 The Turkish rapid delivery startup Getir has achieved better results in its first weeks in London than when it opened in Istanbul, chief executive Salur says, stressing they have “become a team that owns and develops the idea, rather than copying it”

Having raised $128 million (TL 952 million) from investors in January, the Turkish startup Getir has stepped into its global journey as it launched its rapid delivery service for grocery and corner shop items in London four weeks ago.

“We are now more experienced in data. There is a team with five years of experience,” Salur told a Ventures60 event.

“Moreover, we are a company that develops the idea, not copies it. Often, we witnessed startups in Turkey struggling to bring successful idea abroad to life. Now, we strive to bring our idea to life in the world,” he said.

Founded in 2015, Getir has a big audience in Turkey as it delivers more than 1,500 varieties of groceries to millions of people in an average of 10 minutes.

“We had to wait five years to open up. We had dreamed of doing it earlier. However, the conditions led us to do it five years later,” Salur noted.

“Not everyone can enjoy such a journey. You step into an unfamiliar world full of unknowns,” he continued. “Now everyone sees it as a great job. However, it is not easy to find resources while growing the business in Turkey. When it was successful, everyone says ‘I thought about it too.’"

No matter how brilliant the idea is, he stressed that the team that brings it to life plays an important role.

“Now many companies are making the claim that they can deliver in 10 minutes, but we have a significant experience in data. We also have many brilliant ideas in mind, but now we have to focus on Getir,” he noted.

Pointing out the positive aspect of the competition, Salur says it is not pulling everyone up instead of wearing us down.

Salur stated that with increasing competition, they hope to develop further before embarking on a global journey.

“Wearing out the rival in Turkey is more prominent. I think competition has an important contribution. I care about the aspect that makes you stronger,” he further stressed.

Salur underlined that when doing global technology work, there is a need for human resources with very different competencies.

Learning how to say Getir

Salur also evaluated the idea of going abroad with the word Getir, which means “bring” in Turkish.

“The more people who like the service, the easier it is to say the five-letter Turkish word,” he said.

“The important thing is to achieve the 10-minute delivery service by satisfying the customer. Then we teach them to say Getir in different countries. We are extremely assertive in this regard,” he noted.

“During the pandemic period, we saw that e-commerce is no longer an alternative, but the main channel,” Ertürk noted.

“It has now reached 30%. There are almost as many people shopping online as people who own a credit card,” he added.

People want to shop whenever they feel the need, according to Ertürk.

“We offer an important solution in this regard. In the increasing e-commerce volume, small- and medium-sized enterprises (SMEs) and consumers also need a simple solution that can easily access their bank account. We have completed our preparations on this subject. We have also prepared a financing model where the process will be carried out from start to finish without a wet signature,” he explained.

ScaleX Ventures co-founder Dilek Dayınlarlı, in her speech at the Ventures60 event, emphasized the ability to adapt to the conditions brought along by the pandemic.

“In order for a startup to make a leap, it is important to adapt to changing conditions, such as regulation decisions and sometimes pandemics,” Dayınlarlı said.

Startups that adapt to this wave of change now have come to the fore, she noted. “The real business is in the abilities that the entrepreneur has. We anticipate these waves and help entrepreneurs see ahead,” Dayınlarlı added.

TechOne Venture Capital managing partner Yiğit Arslan, for his part, stressed the importance of the team a startup sets out with on its journey.

“We first examine what kind of team is in front of us. Ultimately, the harmony and skills of the team that will bring the idea to life bring success,” Arslan noted.

An experienced team is what took Getir on a global journey, he underscored.

“We have worked hard to keep SMEs up to date with the change in the pandemic period. We made more than 2,000 businesses provide online service per month,” Saitoğlu said.

However, he noted that they had prepared to provide this service.

“The simplicity of digitalization at the front was important for customer access. We have prepared the multi-channel payment infrastructure that the customer can easily use to increase the business volume of SMEs,” Saitoğlu explained.

Speaking in the digital advertising section of the Ventures60 event, Mediacom’s Strategy Manager Özlem Ergazi highlighted that customer data has become more valuable than ever.

“It has to accurately anticipate the needs of the customer. You have to consolidate different user data and access them over the correct data,” she said.

“Every company cannot access customer data from license information, as in automotive. If you are a beverage company, you need to put more effort into understanding who your customer is,” Ergazi noted.

“Not only videos but even live broadcasts have become effective in online sales,” Yılmazer said.

“It is also important for the collaboration of giants like Google and Facebook. However, it is necessary for institutions to cooperate on data. As a startup that is embarking on a global journey from Turkey, we believe in the cooperation of large institutions on user data,” he explained.