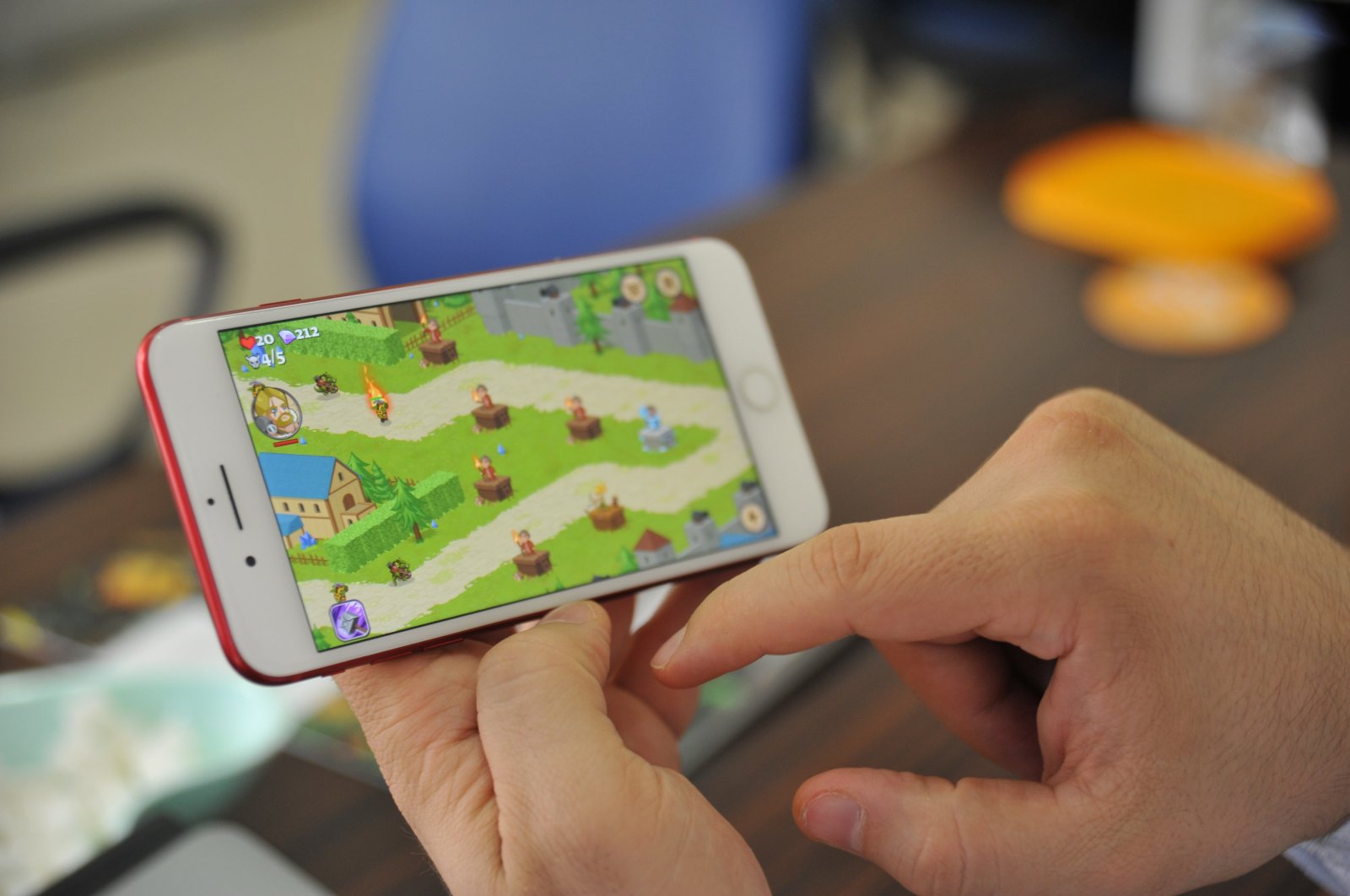 The success of Turkish gaming startups that have managed to attract millions of dollars of investment has also prompted the birth of game-focused mutual funds. (AA Photo)
by Timur Sırt Aug 06, 2021 2:12 pm

Successful mobile gaming startups in Turkey have whet the appetite of investors, as proven by data that showed gaming startups took the lion's share of the record $224 million that poured into some 30 ventures in the first seven months

The successful debut stories of Turkish gaming companies Peak and Rollic in 2020 have encouraged entrepreneurs and prompted investor confidence.

Istanbul-based Peak became Turkey’s first unicorn – a term for startups that pass the $1 billion mark – and hyper-casual game maker Rollic left a mark on the ecosystem with its early success at only 18 months old, triggering investors to keep a closer eye on Turkey’s gaming startups.

Investors, startups and talent scouts came together this week at the event jointly organized by startups monitor startups.watch and Google.

According to startups.watch figures announced at the event, 30 startups have received an investment of $223.8 million in the first seven months of this year.

Founded by alums from Peak Games, mobile games startup Dream Games, took the lion’s share of the investment and alone accounted for over $200 million. Other startups drew attention with the seed investments they received.

The success of gaming startups in mobile gaming did not go unnoticed by giant technology platforms such as Google. The startups export game services over these platforms. Moreover, the majority of the market is held by United States companies.

“The fact that Turkey has successful startups in mobile gaming encourages all ventures. With the support we offer as Google, we provide mentorship and marketing support to gaming startups. In other words, we are encouraging (startups) with the support we offer at the beginning. We ensured the establishment of the Virtual Game Development Laboratory. This laboratory enables gaming startups to gain experience.”

Announcing the seven-month results at the event, startups.watch founder Serkan Ünsal stressed that the successful debut of game startups encourages entrepreneurs and investors, emphasizing that Istanbul is the largest game studios center after London.

“We estimate that 445 out of 533 gaming startups in Turkey are continuing on their way. Some 48 of them have no activity on their website. In terms of investments, the $205 million funding Dream Games received in the A and B series draws attention. The emergence of startups like Dream Games every year will encourage the ecosystem. After all, we cannot reach these high figures with only seed investments,” he added.

The event also hosted a panel to draw attention to the importance of diversity in game startups, including a section where Simay Dinç, the founder of ReContact Games and Woman in Games, came together with managers of investment funds.

Burak Yılmaz, investment director of WePlay Ventures, one of the investment funds focused on gaming startups, stated that they made early-stage investments to make them more focused, saying they have invested in 10 startups so far.

Yılmaz highlighted that the right investment is more important than speed.

“We can say that short-term expectations of entrepreneurs including efforts to become a unicorn in one year are harmful,” Ludus Venture Studio business partner Ismet Gökçen said. “Ungrounded expectations cause startups to make mistakes. It is not right to head here because hyper-casual games find investments easier. As in Finland, a balanced gaming industry is important. There should be startups that focus on games that are persistent rather than those that focus on many.”

Both Yılmaz and Gökçen emphasized that hyper-casual games only account for 20% of their total investment.

Underlining that game studios should be aware of the investor’s expectations on the seed investment side, FunMonth Games co-founder Tolga Öztürk said entrepreneurs should master all metrics.

“The investor must provide satisfactory information on the subjects he is curious about. He needs to put himself in the investor's shoes and correctly evaluate why he should invest,” Öztürk noted.

“It is important to give realistic values by making a serious analysis. In the early stage, the team itself gains more value. When things get serious, can the team handle it? The investor should be convinced of the answer to this question,” Karahan said.

Working to ensure that startups in the game industry get the right human resources, Alev Orbay from Kodluzun and Murat Kahraman from Game Factory also shared their thoughts on human resource continuity at the event.

Underlining that the game is almost indistinguishable from product development, Orbay said developers and designers should be the role that decides the game itself.

“After the general design of the game is revealed, artistic talents come to the fore accordingly. Designers and artists are chosen according to whether the game is two- or three-dimensional. The operations team determines the marketing strategy of the game, and the support teams offer solutions by focusing on finance and the like. We can make people with different abilities ready for the roles that game entrepreneurs need in 3 months,” Orbay added.

“Gaming startups are having problems, especially when growing their teams,” Kahraman said.

The gaming startup, which is the third campaign of fonbulucu.com working to raise awareness of the Share-Based Crowdfunding system and to spread the capital, managed to collect TL 954,401 in pre-demand with 222% more funding from some 600 investors.

The total demand amount of the investors, who paid for the 8.4% company share offered at the value of TL 516,000, was TL 954,401. Some 36% of the reported preliminary demand came from qualified/institutional investors.

While the startup funded in Turkey’s first Share-Based Crowdfunding campaign met all the requirements of the relevant legislation and received the funds it collected, the shares of the investors were distributed to their accounts at the Central Registry Agency (MKK). In this way, for the first time, the funding system was tested end-to-end with the Share-Based Crowdfunding campaign. Investors can monitor their investments in startups and make transactions with MKK's free application e-investor.

Enis Erdem Yurdatapan, the co-CEO of fonbulucu.com, stated that access to finance in Turkey is extremely difficult especially for early-stage startups and that they have eliminated this problem with the tools they developed.

“In fact, a new era has begun with Fernvaille, the first gaming startup of our country funded by the Share-Based Crowdfunding system. 600 investors investing in a gaming startup means a lot. In addition, it is pleasing for the sector and our system that more than twice the amount needed by the entrepreneur is required for funding. Gaming startups will now be able to scale faster by explaining their projects to investors and sharing them with them,” Yurdatapan said.

Fernvaille General Manager Gürcan Özgür, who closed the investment tour with great success, noted that they used the system to reach the funds they wanted very quickly and at low cost, but that it was much more important for 600 investors to become partners in their companies. Stating that they will be much stronger in this way, Özgür invited all gaming startups that need financing to use this system.