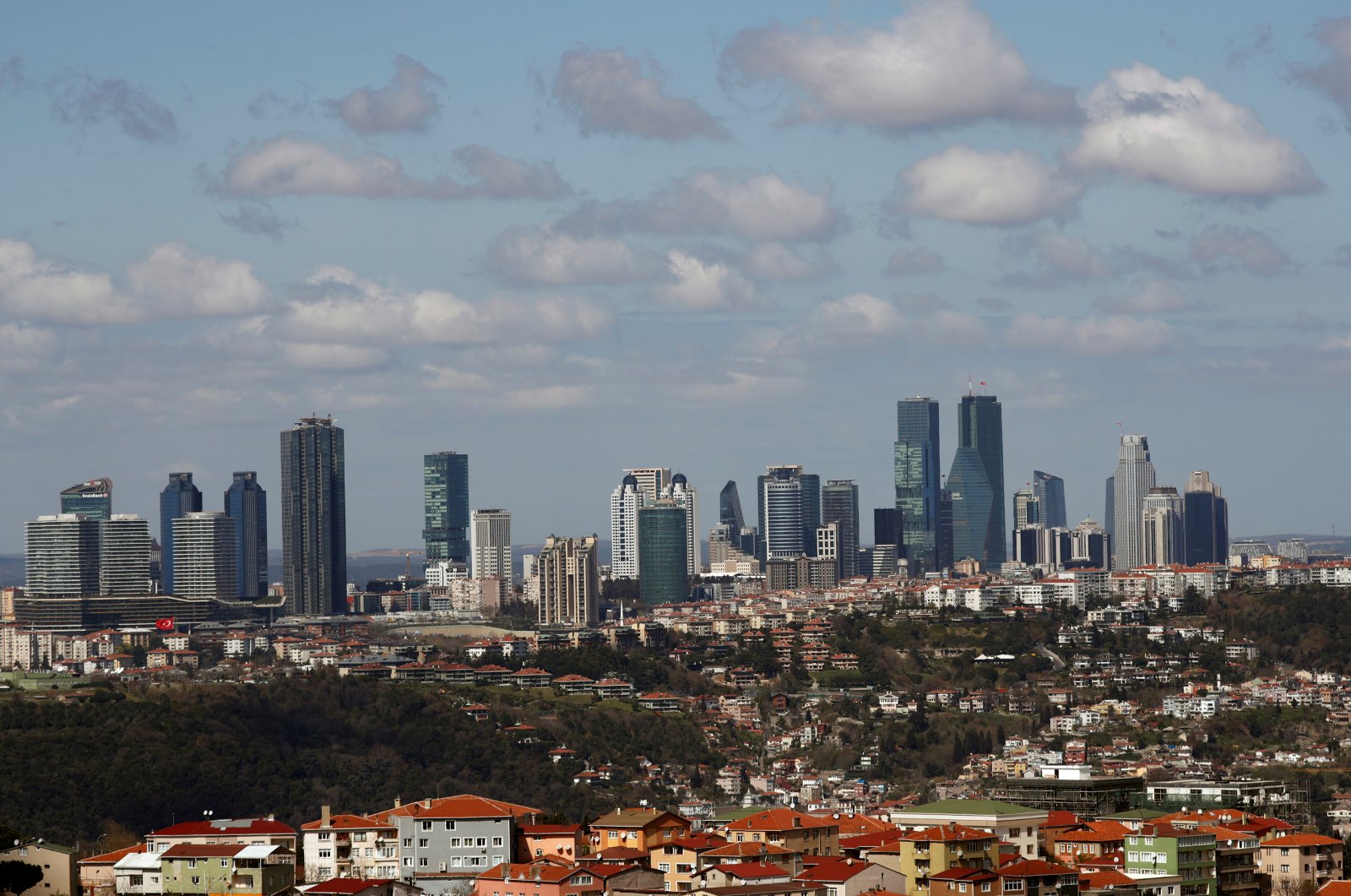 Skyscrapers are seen in the business and financial district of Levent, Istanbul, March 29, 2019. (Reuters Photo)
by DAILY SABAH WITH AA Jun 26, 2020 2:27 pm
RECOMMENDED

The metropolis of Istanbul has been ranked among the top 20 of the world's 100 best "emerging ecosystems" for startups, according to the latest report by U.S.-based global entrepreneurship research institution, Startup Genome.

The report assessed over 270 ecosystems across 100 countries, ranking the 40 best hubs and the next 100 most promising ones.

"Our potential is high in technology-based enterprises, and our targets are big," Varank noted.

"Startups have become a top growth engine, and policymakers are putting more energy and focus into the development of their startup ecosystems," said the report.

Combined, the emerging ecosystems represent 49 countries and $348 billion in ecosystem value, according to the report.

"Europe is the leading continent for emerging ecosystems, with 38 cities in the list followed by North America, with 32 startup ecosystems, and Asia-Pacific is third, with 22 ecosystems," the report added.

The report also noted that since 2010, these ecosystems have combined to generate $115 billion club startups. Furthermore, nearly 60 of these startup ecosystems across over 20 countries have seen either a unicorn or a billion-dollar exit. Of these, 27 ecosystems have seen at least two such deals.

The global startup economy has created nearly $3 trillion in value, according to the report, a figure on par with the gross domestic product (GDP) of a G-7 economy.

Seven out of the top 10 largest companies in the world are in technology – the highest concentration of any industry sector among the top global companies – and 2019 saw close to $300 billion in venture capital investments around the world.

The report also touched on the impact of the coronavirus pandemic on the ecosystem as startups have found themselves in a double bind, being hit hard from two main shockwaves: capital shock and demand.

On the capital side, there is a crunch for capital across the world. Accordingly, four out of every 10 startups today are said to be in the red zone: They have three months or fewer of capital runway. This means that they will collapse if they do not raise additional capital, and their revenues and expenses remain unchanged, risking a mass extinction event for startups globally.

It also stressed that over 60% of startups had laid off employees or reduced salaries and that around 72% of startups had seen their revenue drop since the beginning of the crisis, with the average startup experiencing a decline of 32%.