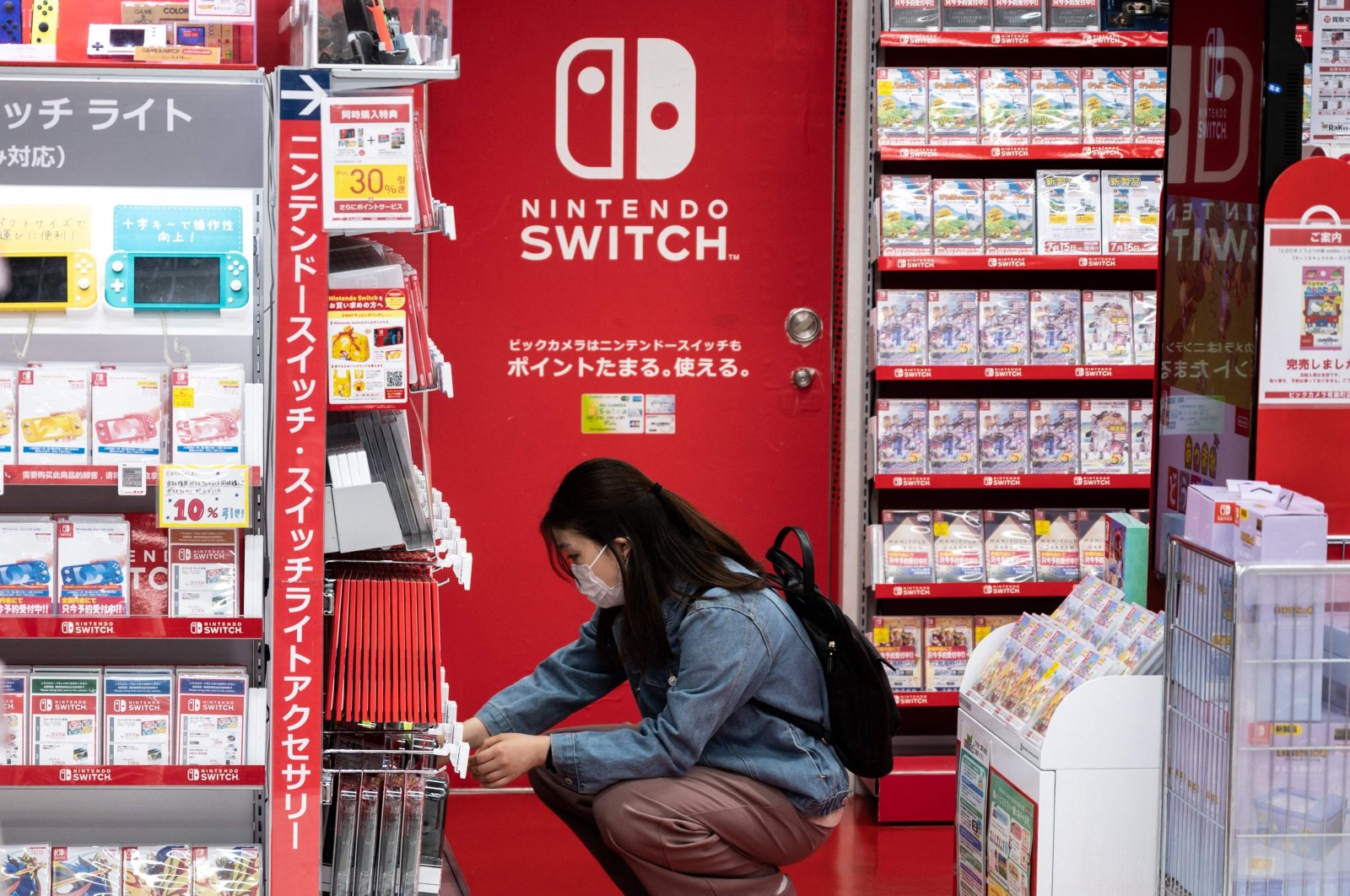 Nintendo reported its highest ever annual profit Thursday after COVID-19 lockdowns caused sales of its blockbuster Switch console to soar, but the Japanese gaming giant warned the bumper pandemic year would be hard to repeat.

While fresh waves of infections have dashed recovery hopes in many industries, successive rounds of restrictions have helped extend a run of good fortune for video game companies as people seek indoor entertainment.

The firm said surging sales were propelled by the runaway popularity of the Switch and the family-friendly game Animal Crossing, which became a lockdown hit.

It broke its previous profit record set in 2008-09 when it was generating massive revenue driven by its Wii and DS consoles.

Sales were up 34.4% to 1.76 trillion yen, Nintendo said, with 28.8 million Switch units sold – the highest number since the console, which can be handheld or used with a TV, launched four years ago.

But the Kyoto-based company forecast a tougher outlook for the current 2021-22 fiscal year, projecting net profit at 340 billion yen on sales of 1.6 trillion yen.

"Regarding the risk associated with COVID-19 ... the supply of products might be affected if production and shipments are hindered," Nintendo said in a statement.

"In addition, the production of products might be affected by obstacles to the procurement of parts, including the increase in global demand for semiconductor components," it said.

The world is facing a chip shortage, driven by a surge in demand for electronic devices during the pandemic and compounded by a fire at a Japanese factory and a drought in Taiwan.

"The global semiconductor shortage could hit the gaming industry hard this year as other essential industries such as the auto sector are waging a fierce battle for chips," Yasuo Imanaka, chief analyst at Rakuten Securities, told Agence France-Presse (AFP).

The Switch was the United States' top-selling console in 2020, a year that saw record sales of video games, consoles and accessories, according to NPD group, a market research firm.

"I don't think the outlook is so pessimistic, as Nintendo has won new game users during the pandemic," he added.

The lower profit target comes as the Switch enters its crucial fifth year. Previously Nintendo's new console sales have tended to peak in the third year after release, and then taper off.

"Animal Crossing: New Horizons", the latest title in the Animal Crossing series, was released in March 2020, as the COVID-19 pandemic was causing many countries to impose strict lockdowns.

The game sees players guide their digital personas around an uninhabited island, slowly transforming the landscape with a house, garden and eventually a thriving community of adorable cartoon animal neighbors.

Its leisurely pace struck a chord with gamers around the world, many of them yearning for a virtual escape from the onerous restrictions on movement.

Nintendo's first-ever real-life theme park, a Super Mario-themed zone at Universal Studios Japan, also opened in March after months of pandemic delays but was forced to close by new virus restrictions just over a month later.